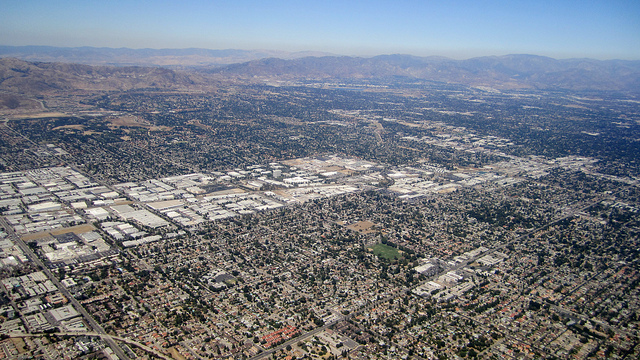 Punctual gods of my father’s jet
propulsion tests lit up the San
Gabriels, counterfeit storms, deferred
call and response with flashbulbs ignited
to enshrine my sisters stooped beside
the concrete grotto in apathetic prayer—
Saint Mel’s, newly sprung
among the silenced bucket loaders,
churned scrub, white and modern
as Apollo on the pad, cocked
with the sun in its crosshairs.   Palm Sunday,
beltless in the back seat we knighted
and fanned each other, brandished the green
scepters with care, suspicion, their derivations
plunked in ranks to salute Ventura’s
traffic, …

I wonder if he loved the ocean
even more that day the tsunami
swept his cottage from the soil
then miles out, a wave with arms
like a victor’s raking …

Focused on unraveling high tide’s
trashy embroidery, we foraged ahead, doubled
back to our dad in the morning game …

We taunted the ram in his paddock; he butted us back
to the bleached tinder of last year’s rye
where we flicked matches, …

We hear so much about presidential candidates–and so little about life in the states that elect them. In “Beyond the Circus,” writers take us off the trail and give us …