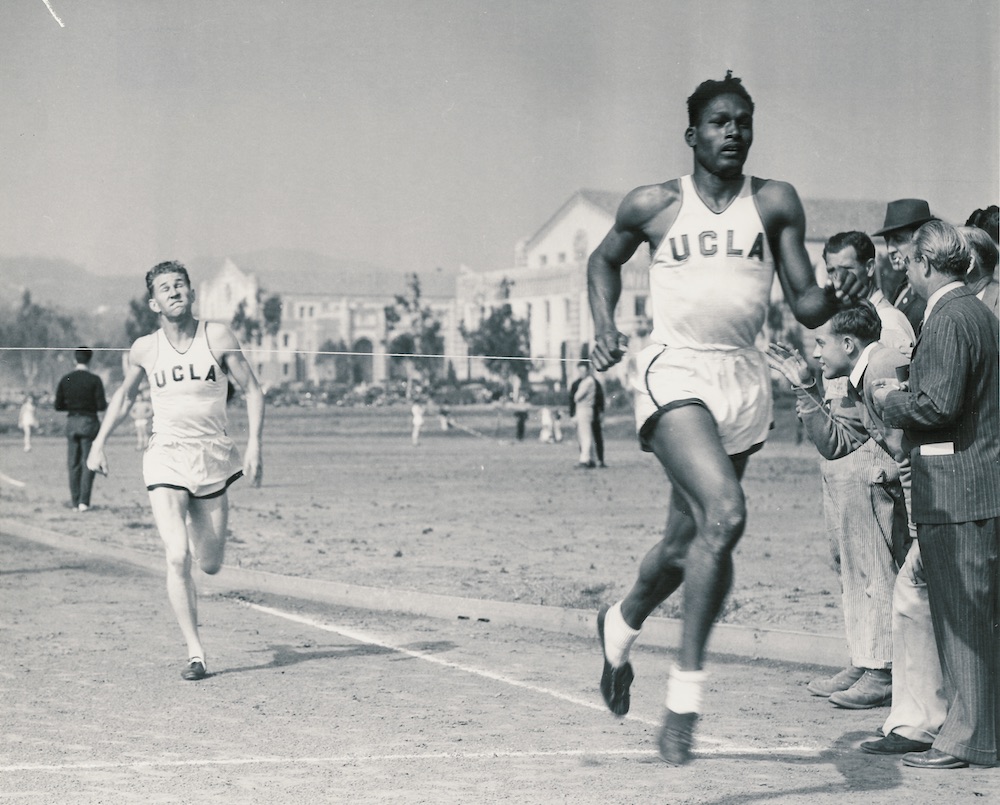 The arrival of five athletes, all African American, on the UCLA campus in the late 1930s would prove to be a moment of destiny, not just for college sports but for the United States itself.

These five men could have been called the original Fabulous Five. And that designation was no exaggeration, because they went on to change the cultures of professional athletics, entertainment, the civil rights movement, and politics.

The athletes who played together in the 1939 school year were:

• Jackie Robinson, who would break the color barrier in …

Standing 6 feet 7 inches, with an athlete’s body, Deontay Wilder dreamed of going pro in either football or basketball. But at 19, with a newborn girl who had spina …

I had only been in and out of Houston since leaving our Sunnyside neighborhood on the city’s southeast side, in 1968, to begin eight years of Air Force service. …

President Donald Trump did not say, “Yo’ mama!” in front of a partisan Huntsville, Alabama audience. But he might as well have because that is what athletes heard directed at …

When Chuck Taylor, who was born in rural southern Indiana in 1901, left home at age 17 to play professional basketball, he was following an unlikely dream. The game …