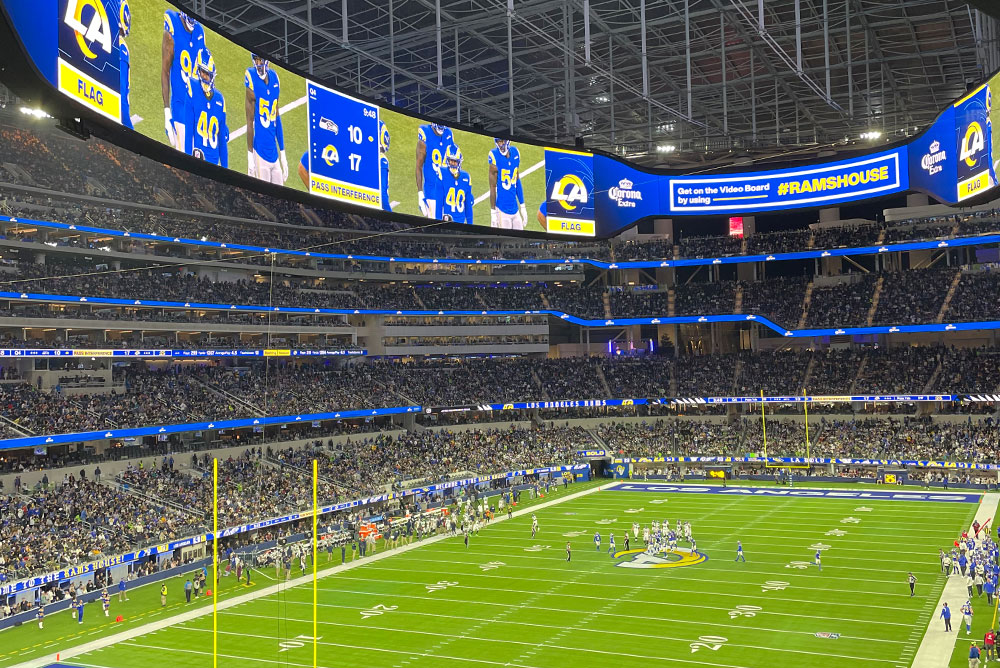 On February 13, the most watched event in America visits its birthplace, California.

Inglewood’s oversized, overpriced SoFi Stadium—the most expensive stadium ever built in the United States—is hosting Super Bowl LVI. SoFi is the sixth California stadium to hold the game since the first Super Bowl was held in the Los Angeles Memorial Coliseum in 1967.

To think back on those stadiums—five still open and operating, one recently deceased—is to see how much is changing in a state known for mass entertainment and global spectacles.

When is California going to stop playing COVID games?

Your columnist is a devout follower of state public health officials and their guidance. I wear two masks in public settings and …

When I was growing up in Mexico, I rooted for a scrappy, financially troubled soccer team named Atlético Español that ultimately broke my heart by being relegated to a lower …

My family and I moved to Glendale, Arizona–where the Super Bowl will be played next week–in 1968, when it was one of many small Arizona towns ringing Phoenix.