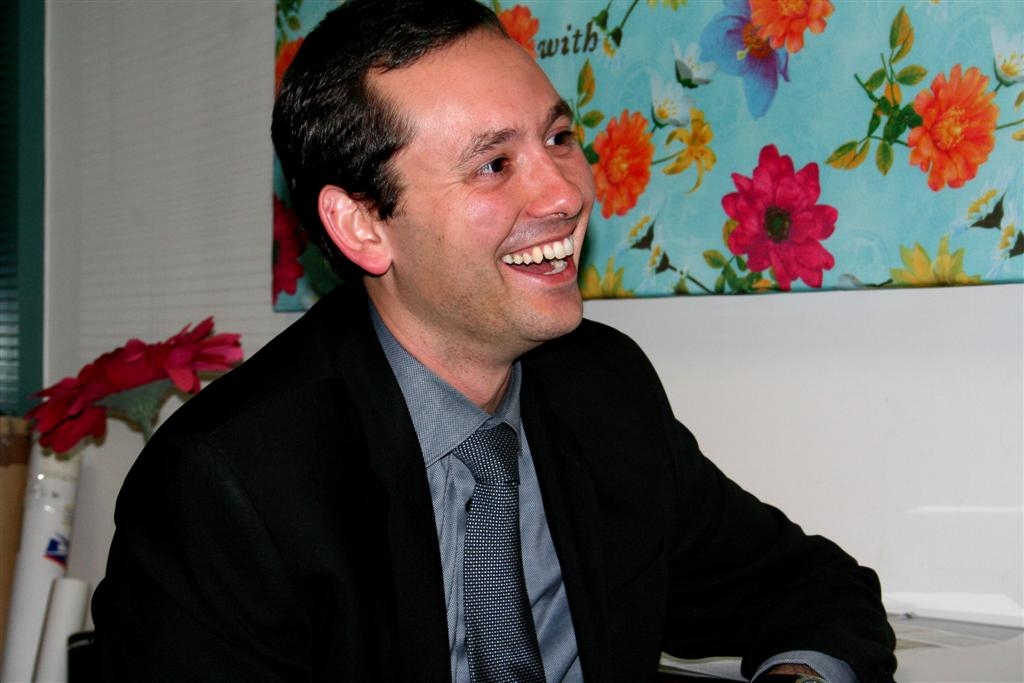 Edward Miguel works a side gig as his family’s historian — his maternal grandfather fled Europe as a WWII refugee, and his father was kicked out of Uruguay for student activism in the sixties. That heritage may have inspired Miguel’s work, in which he investigates some of the world’s poorest, most corrupt countries; still, the academic wonders what his life might be like had he chosen a more athletic, or culinary, career path.

Q. If you could live in any other time, when would it be and why?
A. Coming from Berkeley, I always wondered what it would have been like as an adult in the ’60s…a period of time that, even though it’s the past, feels a bit like the present in Berkeley. It’s all around you, people talk about it, there are sort of monuments to it, so that’s a time that’s very interesting to me. If I were at Berkeley I would have been part of the student movement, it would have been pretty exciting. I would have grown my hair out.

Q. What’s your greatest extravagance?
A. Food. We don’t partake of so many luxuries, but that’s one thing where I will splurge and go to the best restaurants I can.

Q. What profession would you like to practice in your next life?
A. I’d be a chef. I’d go back, just take a lot of cooking classes, weigh 300 pounds, like all the great chefs, drink a lot – all the time – and just yell at the sous-chef, “What are ya doin’?”

Q. What talent would you like to have?
A. Talent, like from “Heroes,” the TV show? Well I always wanted to dunk a basketball and when I was in high school, I’m six feet tall – and if I jumped my highest, my best at that time, I haven’t tried for a while – I could touch the rim. I could never get that extra, like, three or four inches, so I’d love to do that. Even if it was for like a week. Just go to the playground and dunk on people. That would be my dream.

Q. Who’s your favorite Beatle and why?
A. I really like George Harrison. I don’t care what anybody says, he’s underappreciated. He wrote some of their best songs. I mean, like “Here Comes the Sun.” George Harrison. Do people know that? No.

Q. If you were to have a beer with one person, living or dead, who would it be?
A. People always say they want to have a beer with George W. Bush. It would not be him. Probably Karl Marx. Again, kind of cliché, but – he was wrong about a lot of things, but he was such an incredible intellect, I would have loved to have a beer with him for an hour and just … figure out what made him tick. A beer and dinner and cocktails and drinks, three or four hours.