Umar Rashid, "I only have eyes for you, my enemy. Consider the jaguar a blessing. Or, Guerilla warfare in the Yucatan peninsula. Anansi travels.", 2021. Acrylic and mica flake on canvas, 72 in. x 72 in.
Image courtesy of the artist. Photograph by Claudio Rocha.

“How Should Societies Remember Their Sins?” is a two-year editorial and event series supported by the Mellon Foundation. Blending scholarly essays and personal stories, we will explore how societies around the world collectively remember their transgressions and make attempts at repair, and how we might imagine new paths forward. 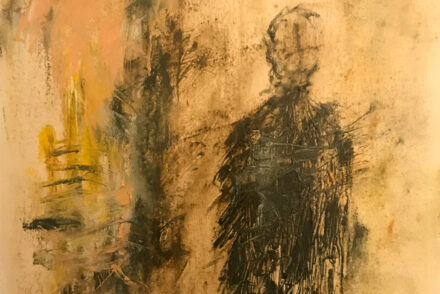 How to Treat the ‘Wounds to the Soul’

Individual trauma may be understood as the consequences of experiencing an overwhelmingly stressful event or series of events. Collective trauma—what happens when society as a whole experiences shattering events—is, as sociologist Kai Erikson puts it, a “blow to the basic tissues of social life.” Collective trauma leads to a loss of a sense of belonging, decreased morale, social fragmentation, and conflict. Moral injury is an aspect of trauma people experience after participating in or witnessing actions which are morally reprehensible. It also manifests when we feel betrayed by persons acting in positions of authority. Moral injury has been described as a “wound to the soul" … 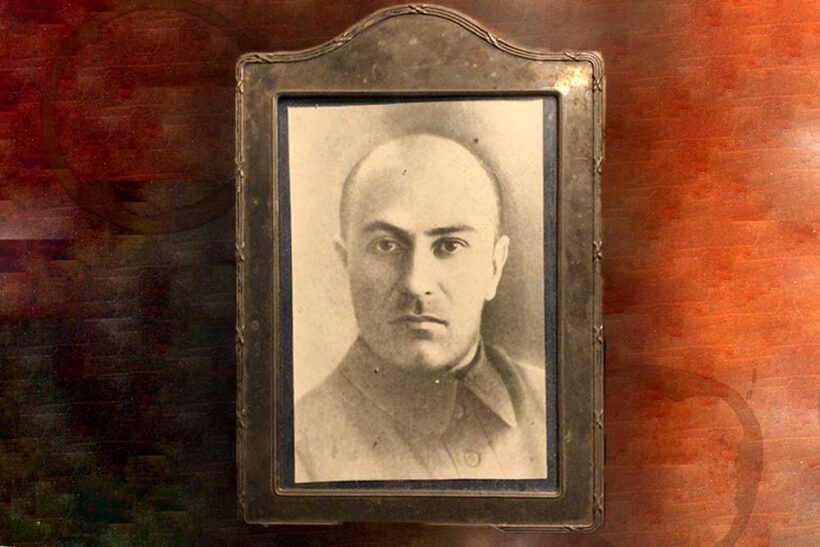 Ukraine in My Blood and on My Mind

A Foreign Correspondent’s Family Served Russian Imperialism, and Then Was Destroyed By It

A thick, dusty file records the progress from life to death of my grandfather Boris Bibikov, an official of the Communist Party of Ukraine, at the hands of the Soviet secret police. The file documents his arrest at an exclusive Party sanatorium in Gagry in July 1937, and records what happened to him until his execution near Kiev, in October of the same year.

I read it on my first visit to Kiev in 1995, in the old headquarters of the People’s Commissariat for Internal Affairs, or NKVD, the secret police on Volodymyrska Street near the Kiev Opera House. By then the building was the headquarters of the Ukrainian Security Service …

What Kind of Monuments Do We Deserve?

Beyond debates over keeping statues up or tearing them down, and changing the names of schools and streets, lie more fundamental questions at the intersection of personal and public memory. Whom do we remember, who remembers, and whom does remembering serve? What do we owe to those who lived before us and those who come after us? How can we expand our definition of monuments to include not just physical, public works but other types of remembering? 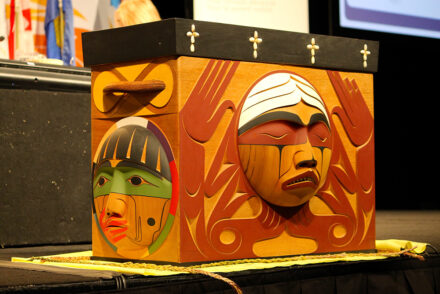 Could a Truth Commission Unite America?

The truth commission is a widely used transitional justice instrument—and one that can offer the most insight to Americans looking to reshape the collective memory and conscience of our nation. These official fact-finding bodies investigate, document, and disseminate accurate information about past wrongdoing and human rights violations authorized or carried out by the state. The United States can certainly learn a great deal from the successes and failures of these commissions in countries like Argentina, Canada, Chile, Colombia, Guatemala, Morocco, Peru, South Africa, South Korea, and Timor-Leste (East Timor) …

Event: What is Our Responsibility for Our Government’s Wars?

Watch the event and read the Takeaway by editor Talib Jabbar.

Lieutenant General (ret.) Robert E. Schmidle, Jr., Air Force veteran and social worker Noël Lipana, and Farnaz Fassihi, journalist and United Nations Bureau Chief at the New York Times, visit Zócalo to discuss what it means to bear responsibility for war and its atrocities, and why that matters … 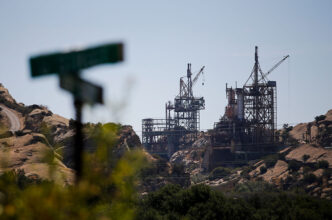 Why Is the Santa Susana Nuclear Accident Still Being Covered Up?

In 1979, the year of Three Mile Island, I exposed another nuclear accident—another partial meltdown—in the Los Angeles metropolitan area. It occurred at the Santa Susana Field Lab, a reactor and rocket-testing facility in the mountains between the San Fernando and Simi Valleys.
Back then, the story was both news and history. The Field Lab opened in 1947, at the onset of the Cold War, and the reactor accident happened in 1959. The Atomic Energy Commission (AEC) and a nuclear contractor kept it secret for 20 years, but there was no denying the evidence we revealed on local TV, discovered in AEC archives by the watchdog group Committee to Bridge the Gap … 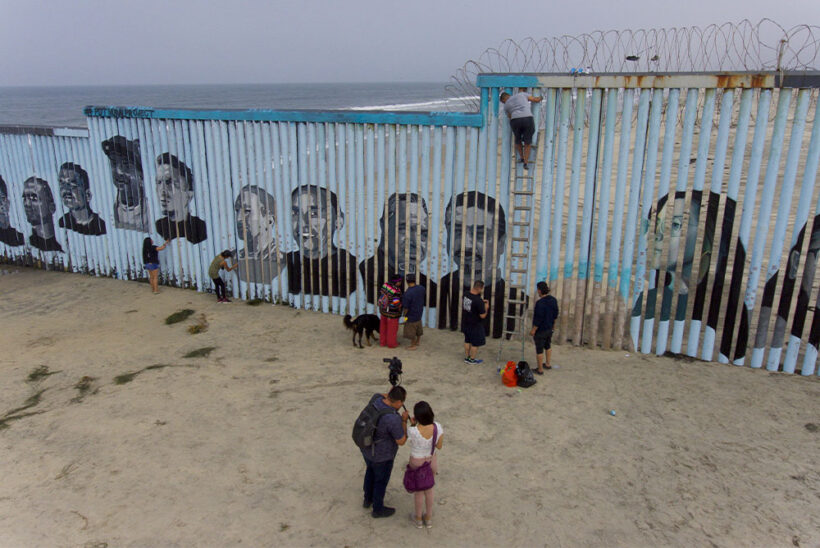 Looking Deportation in the Face

I first met Jorge in June 2017, at a Father’s Day celebration at Friendship Park in Playas de Tijuana. We were steps away from the border fence separating Mexico and San Diego’s Border Field State Park. Jorge, who was one of the only young folks there that day, and he reminded me of my younger brother Jose, and my friends back in Compton. Jorge, who was 26 years old, wore a long white t-shirt, high white socks, and baggy khaki shorts. He had a short haircut, tattoos, and a piercing in his ear. He mostly spoke English, and he made American cultural references, quoting artists such as Dr. Dre and Kendrick Lamar. Jorge liked to sing along with Lamar’s “DNA” when he rode in the car. The lyrics—“I was born like this, since one like this… I transform like this, perform like this”—align with his story … 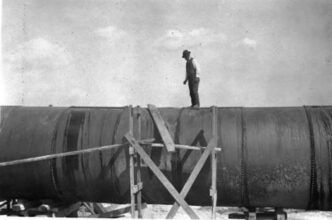 What Can We Learn From the Failings of William Mulholland?

Mulholland engineered the Los Angeles Aqueduct. That metal pipeline, double-barreled, each tube nine feet in diameter and pocked with rivets, spans more than 230 miles of desert, crossing peaks and canyons between the Eastern Sierra Nevada region and the city to the south. Since 1913, the Los Angeles Aqueduct has collected water from my home valley and carried it away … 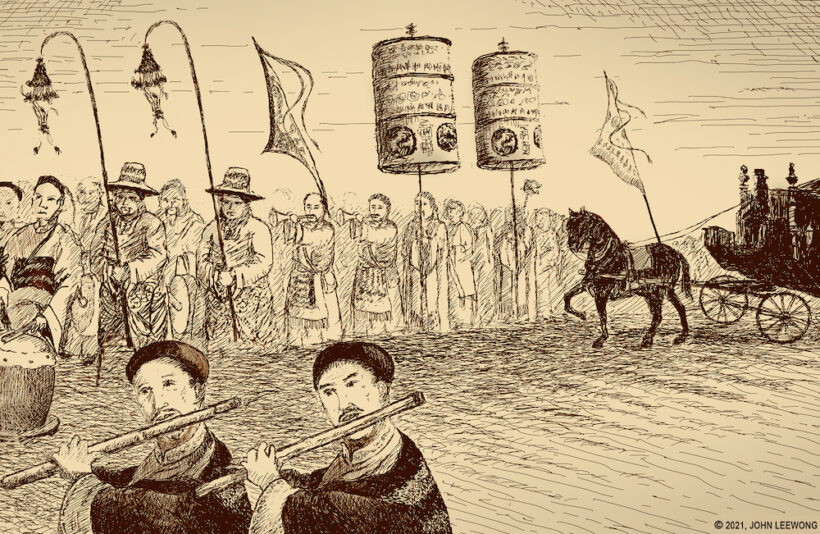 After 150 Years, Is L.A. Ready to Remember the Chinese Massacre?

Long Buried, the Bloodiest Night in the City’s History Surfaces Amid a New Wave of Violence

One of the bloodiest nights in Los Angeles history took place 150 years ago, on October 24, 1871, when at least 18 Chinese (about 10 percent of L.A.’s Chinese population at the time) were slaughtered by an angry mob of Angelenos. Why does almost no one know about it today? Why didn’t I, the first Asian American on the L.A. City Council, know this history until less than a decade ago? … 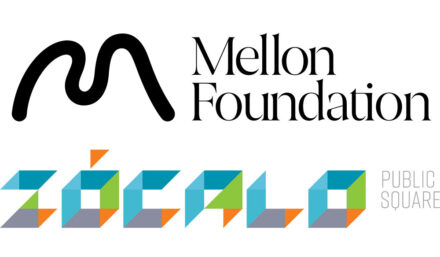 Two-Year Event and Editorial Series Will Launch in October 2021

Zócalo will publish original, multidisciplinary works including essays, photography, illustrations, and poetry. Participants will include scholars, artists, and others whose personal histories intersect with the question; the project also will highlight creators from a range of underrepresented groups. By providing a kaleidoscopic view of how America has remembered its sins, the project aims to reimagine the subject’s future …