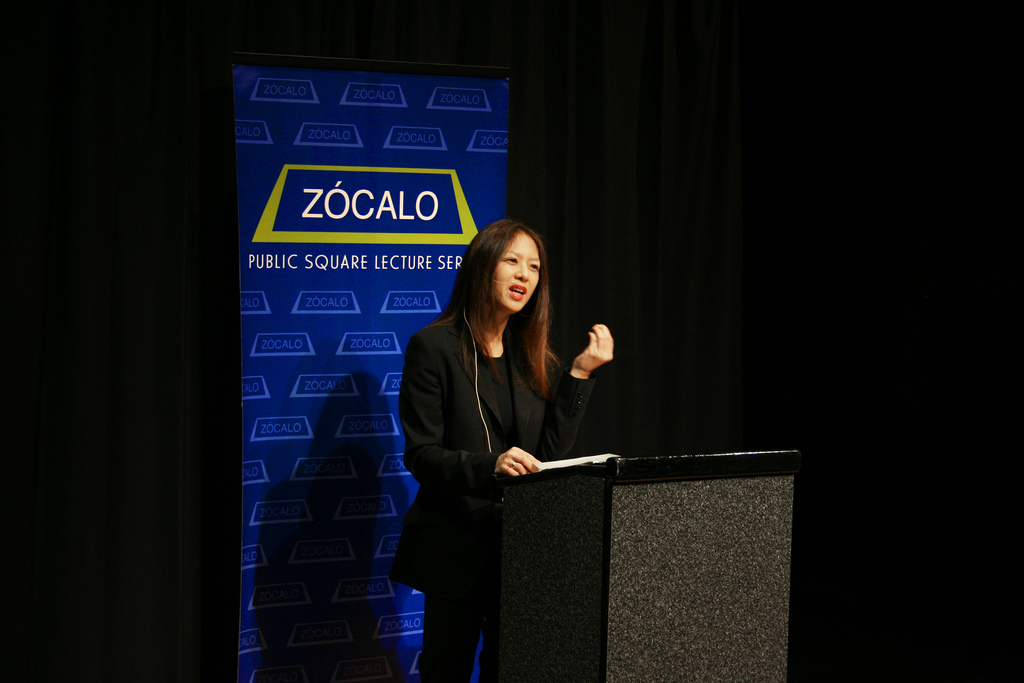 They may have used corpses to fill moats and poured molten silver into the eyes and ears of their enemies, but Amy Chua still thinks the Mongols were a tolerant people, and that their tolerance led to the supremacy of their empire.

“I know what you’re thinking,” she joked with the crowd at The Actors’ Gang in Culver City. “This woman thinks the Mongols were tolerant?”

Chua, a Yale Law School professor, explained herself: the Mongols, along with a select few civilizations throughout human history, managed to become hyperpowers – dominating the world militarily, economically, technologically and culturally – by embracing tolerance, as it was defined in their time. From the Persians to the Americans, Chua explained why acceptance helped build empires, and exclusion helped destroy them.

What About the Aztecs? 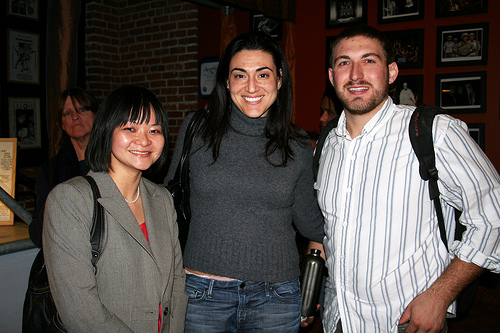 When comparing empires as different as the Persian and the American, defining a hyperpower might seem difficult. Rome, for example, managed to be exist simultaneously with another great empire, China’s Han dynasty, without maintaining a relationship with it. “Rome dominated the world it knew,” Chua said. But then, she noted, so did the Aztecs, the Egyptians, and the Tahitians.

“No power on Earth was economically or militarily superior to Rome during its golden age,” Chua said, defining a hyperpower as an empire that clearly surpasses all of its rivals. More importantly, Chua said, a hyperpower has to possess a strong store of human capital, and that capital cannot be vested solely within one ethnic or religious group. Rather, it must be attracted and assimilated, motivated and rewarded, no matter the source.

Under Cyrus the Great, the Persians built an empire, conquering the Assyrians, Babylonians and Egyptians, among others. They ruled 40 million using a relatively small number of their own people. Cyrus, known for his tolerance, simply relaced their kings with Persian governors, while allowing every other aspect of their existing hierarchies to remain in place. Of course, he also picked up a few of their men “to build the largest war machine ever known to man,” Chua said.

“Tolerance was the only way to build the largest, most powerful military,” she said. “If you open up your military to warriors of any race or back ground, you could amass a really huge army. The world is your limit.” 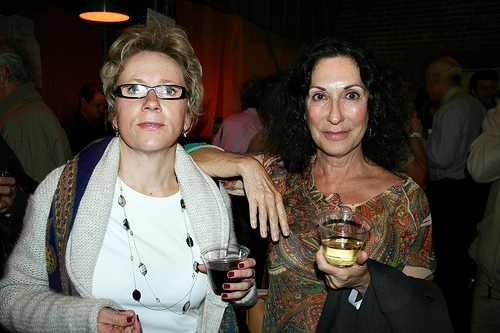 Romans went further than the Persians by allowing the rulers of conquered lands remain in place. Furthermore, they let outsiders rise to the highest position in the land – the emperor Septimius was born in North Africa, and was married to a Syrian. Rome thus had a greater ability to “Romanize” its subjects; it even granted citizenship to some foreigners.

Chua called the Mongols her “favorite case,” probably because they seemed such an unlikely one. Genghis Khan had to overcome ages of clan and tribal animosities. Mongols had no written language, no architecture, and lacked even the ability to bake bread. They succeeded only by incorporating talent of the conquered – like having the Chinese build engines and catapults while traveling with the army – and declaring religious freedom.

But none of the above could compete with the level of tolerance of the modern hyperpowers, particularly the Dutch of the 17th century. Embracing religious freedom after years of strife on the continent, the Dutch allowed persecuted worshipers – Lutherans, Mennonites, Quakers – to enter. The two most important contributors to the newly rising Dutch society were Jewish migrants who turned the country into the world’s commercial center, and Protestant industrialists, who gave it the world’s most advanced textile technology and “the spirit of capitalism,” as Chua said, citing Max Weber.

The British, similarly, found themselves bolstered by their inclusion of Scottish and Jewish residents, their collaborations with the elites of all their colonies, and their enlistment of many of their subjects into Her Majesty’s service. With them and the Dutch, Chua said, “Commerce replaced conquest as the driving engine of wealth creation,” while immigration replaced invasion and annexation as the best way to attract the world’s best and brightest.

“The U.S., as a nation of immigrants, founded on the principle of tolerance, has always had a leg up,” Chua said. And that leg may stay up for a while: Chua reminded the crowd that though times for the U.S. are tough, previous hyperpowers also faced seemingly devastating challenges. Rome suffered plagues and invasions; the British weathered a stock market crash and recession. Chua also argued that the U.S. faces no immediate threat from China or the European Union as rival hyperpowers – they may vary in degree of intolerance, Chua said, but neither is exactly welcoming to foreigners. 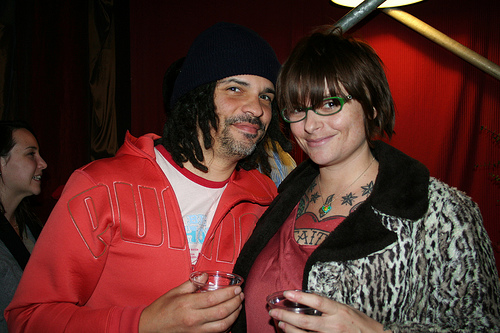 Meanwhile the U.S., though historically intolerant at times, particularly of other races, continues to attract the best. The advances that have helped secure its dominance – its industry, its atom bomb, its high-tech sector-were built by immigrants. Today, with the election of Barack Obama, the U.S. seems to be rebuilding its reputation for tolerance and its goodwill, Chua said.

But the American hyperpower faces the same challenges of all those before it: whether it can remain tolerant.  Though there are many reasons for a power’s decline, Chua noted, tolerance can be a key contributor or indicator. Persians, for instance, suffered under the reign of intolerant Xerxes; Rome turned to ethnic and religious persecution; the Mongols urged the execution of almost all of China’s population (before they were ousted by the Ming); the British couldn’t overcome their racism. Americans, meanwhile, have been torn on the question of immigration, and whether too much tolerance can destroy the American character. (In response to a question from the audience, Chua acknowledged that excessive tolerance can backfire.)

Americans also face a unique challenge: it is no longer possible or acceptable for an empire to act like one. But the U.S. still faces resentment for being an empire. Rome could loot every last ounce of money from its conquered territories but, as Chua said wryly to a laugh from the crowd, “Not even the biggest hawk in the Bush administration talked about piping Iraq’s oil straight to Texas, at least not openly.” Romans could also turn their subjects into Roman citizens – Americans aren’t exactly looking to register Iraqis to vote, Chua said. Americans, thus, have a hard time getting a “glue” to keep the people within its sphere of dominance together, to give them a sense of mutual interest.

“Wearing a Yankee baseball cap and drinking Coca-Cola,” Chua said, “does not turn a Palestinian into an American.” 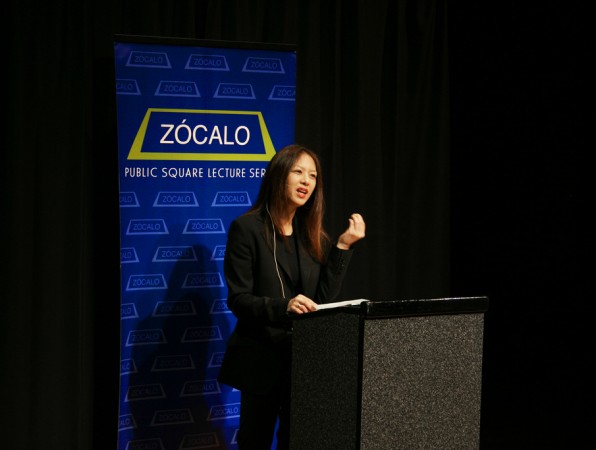