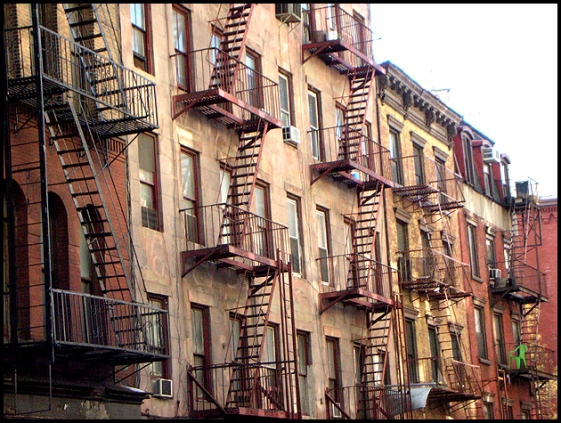 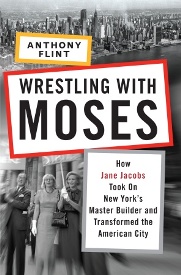 Robert Caro’s masterpiece The Power Broker, first published in 1974, is the definitive account of how Robert Moses, “America’s greatest builder,” ruined New York City. From the 1920s into the 1960s, Moses amassed the power to ram through development projects on an incredible scale. But, wrote Caro, the housing Moses built for the poor was “bleak, sterile, [and] cheap.” The bridges and highways he erected displaced hundreds of thousands of residents, destroyed communities, and condemned the city to eternal traffic jams. And the hundreds of parks and beaches he constructed favored the well-off at the expense of the poor.

Yet for all the destruction Moses wrought in the outer boroughs and Long Island, he never managed to slice and dice Manhattan. According to Caro, Moses was weakened by corruption charges, by a press that was no longer pliant, by stronger local politicians, and simply by virtue of having exercised so much power for so long. Nowhere in the 1000-plus pages of The Power Broker, however, does Caro mention the role played by Jane Jacobs in stopping Moses.

That task has been left to Anthony Flint, a former journalist for The Boston Globe now at a Cambridge think tank. His new book Wrestling With Moses argues that Jacobs, who passed away in 2006, was integral to discrediting Moses and the ideas for which he stood. Her efforts led to a revolution in the way cities are perceived and a sea change in city planning. Thus Flint credits her with saving not only Manhattan but, by extension, what was left of the American city.

Jacobs, who lived in Greenwich Village, articulated a compelling intellectual critique of centralized city planning and redevelopment, most famously in her 1961 book cum manifesto Death and Life of American Cities. Moses and his acolytes thought that the disordered density of old neighborhoods was harmful and that cities could not compete with suburbs unless they were equally orderly, and could move cars – as opposed to people – rapidly and efficiently. Jacobs disagreed. The “intricate minglings of different uses in cities are not a form of chaos,” she wrote. Rather, they “represent a complex and highly developed form of order.” She insisted that planned redevelopment inherently could not be successful, because cities and neighborhoods functioned and grew organically.

Stopping the proposed Lower Manhattan Expressway was Jacobs’ signal achievement. It was supposed to be Moses’ coup de grace, the final piece of his great highway system linking New York’s islands to each other and to the rest of the country. But just like in Queens and the Bronx, building the highway would mean wiping out local neighborhoods – including Jacobs’ own. In response, she demonstrated that in addition to being a theorist, she was a practitioner. A powerful public speaker and skilled organizer, Jacobs cultivated local politicians, collected petitions and convinced her neighbors that Moses was not invincible. As a journalist, Flint points out, she was quite effective at working the press, with “peppery quotations and photo-op stunts” – children were especially useful and photogenic, whether putting up posters or collecting signatures for “save the park” petitions. In short, she pioneered the tactics used today to forestall any and all new building projects.

And thus her legacy, writes Flint, is suddenly ambiguous. Jacobs today is vindicated by the renaissance that cities are enjoying as they try to rectify the mistakes of the Moses era. But new development and infrastructure improvement is virtually impossible because of NIMBYism.

The legacy of Robert Moses is also in question. Recent reevaluations have rejected Caro’s harsh indictment. The Master Builder has been credited with providing the infrastructure – roads, parks, bridges – that New York needed. Flint himself defends Moses as a product of his time. In postwar America, “accommodating the car seemed like the sensible course for urban planners everywhere.”

Taken together, as Flint provocatively hints, the relentless progressivism of planners like Moses and the equally relentless efforts of conservationists like Jacobs are problematic. Providing housing and services and preserving existing diverse neighborhoods are both essential for the healthy city, but reconciling progress and stability is no easy task. Jacobs and her foil Moses defined the parameters of a debate that  will continue inevitably. Perhaps that is their true legacy.

Excerpt: “The motivation behind urban renewal was the prevailing view, after World War II, that major cities were in decline, marked by unhealthy, crowded conditions, traffic congestion, and an eroding manufacturing base. New York, Boston, Philadelphia, Chicago, and other cities found themselves losing population to the suburbs and became increasingly fearful of turning into economic backwaters. Moses and other planners of the time proposed the solution: new infrastructure, including highways and parking garages, to provide better access to downtowns; cultural and civic attractions; and the massive construction of affordable housing to retain working- and middle-class families. The problem, of course, was that cities had already been developed over the previous hundred years. There was no blank canvas.”

Further Reading: The Death and Life of Great American Cities

and The Power Broker: Robert Moses and the Fall of New York