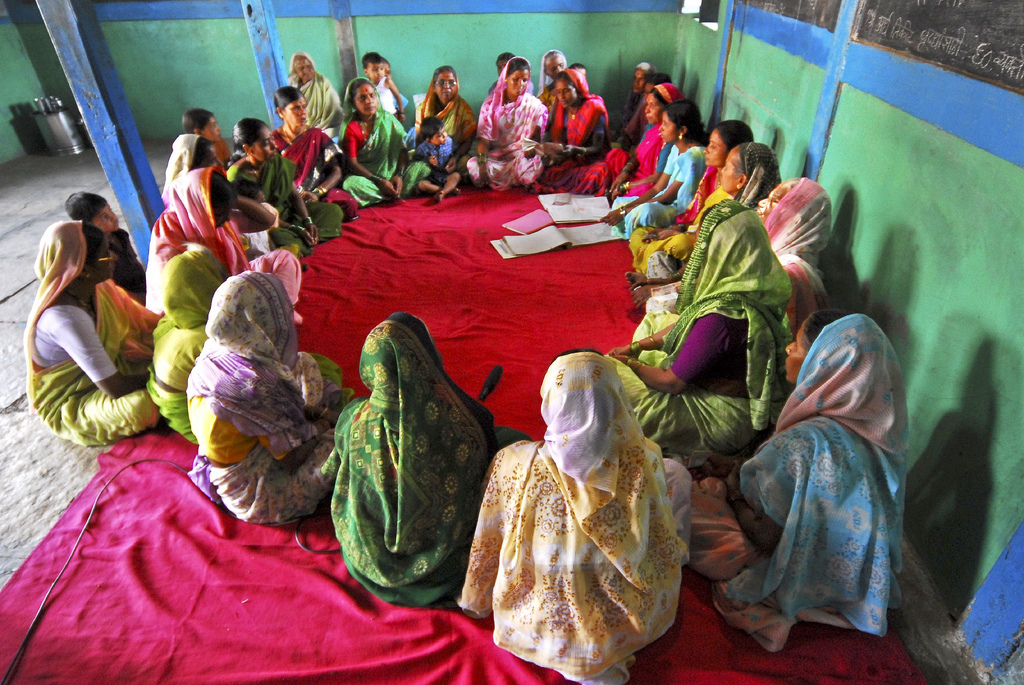 Portfolios of the Poor: How the World’s Poor Live on $2 a Day 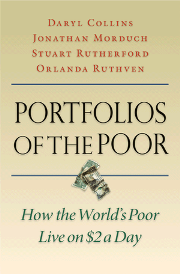 Crudely speaking, people tend to fall into one of two camps when it comes to explaining extreme global poverty: those that blame the existence of capitalism, and those that blame the absence of it. It’s a heated debate in part because, unlike many academic questions, the stakes are very high: as we’re often reminded, two billion people around the world live on less than $2 per day.

That figure has always been a good rallying cry. To most people in developed countries, living on so little seems unfathomable, and few bother to wonder what living on $2 per day means, how it’s done, and what people who do it really need.

The authors of Portfolios of the Poor went looking for the answers. Dissatisfied with existing brief cursory surveys or simple data collection exercises on poverty, they undertook a series of in-depth studies. Interviewing poor households in Bangladesh, India, and South Africa at least twice a month over the course of a year, the authors constructed “financial diaries” of how these families live on their meager incomes.

Necessity being the mother of all invention, the families proved to be financially savvy, actually managing their money rather than immediately spending what they earn on what they need. Rather, the families planned for daily needs, emergencies, and occasional big-ticket expenses. They pull it off with a greater level of financial activity than past surveys have suggested – they spend, save, borrow and repay regularly.

But the families are hit by a “triple whammy” of low incomes, irregular cash flows, and financial institutions that do little to ameliorate their problems. While it would be ideal, of course, for the families to have more assets, “just having access to basic financial services can have a fundamental impact,” the authors claim.

There already exist, thanks to innovators like Muhammad Yunus, burgeoning microfinance markets. While the authors readily credit the good microlending is doing, they believe it is too circumscribed. The loans tend to be exclusively for enterprises, meaning that in many cases potential customers cannot borrow money even if they have a sufficient cash flow to service the loan. Portfolios of the Poor calls for microfinance to answer this pent up demand by offering general purpose loans.

Amazingly, it seems that living on $2 a day is a lot like living on any tight and unpredictable income. Making it work requires some mechanism for households to, as the authors put it, “trap and hold the small amounts they can squeeze out of a monthly budget.” Formal institutions that enable them to do so with stability and consistency are crucial. Microfinance has already been a great success. The research in Portfolios of the Poor makes a compelling argument for how to build on that success.

Excerpt: “The poor need to protect themselves against risk, but commercial insurance contracts, the financial instrument that is purpose-built to do this job, were not commonly used by the diary households. That is not because poor households do not appreciate that financial tools can be used as shelter against risk, nor because they are in principle averse to using them. On the contrary, households use many tools to combat risk. We described one important tradition of ‘popular’ insurance – the burial schemes of South Africa – that is flourishing. Its existence suggests that given a risk that is frequent and pressing enough, poor households will develop specialized mechanisms to anticipate, and at least partially relieve, its consequences.”

Further Reading: The Mystery of Capital: Why Capitalism Triumphs in the West and Fails Everywhere Else

and Banker To The Poor: Micro-Lending and the Battle Against World Poverty

*Photo by Oxfam Australia, via lecercle.