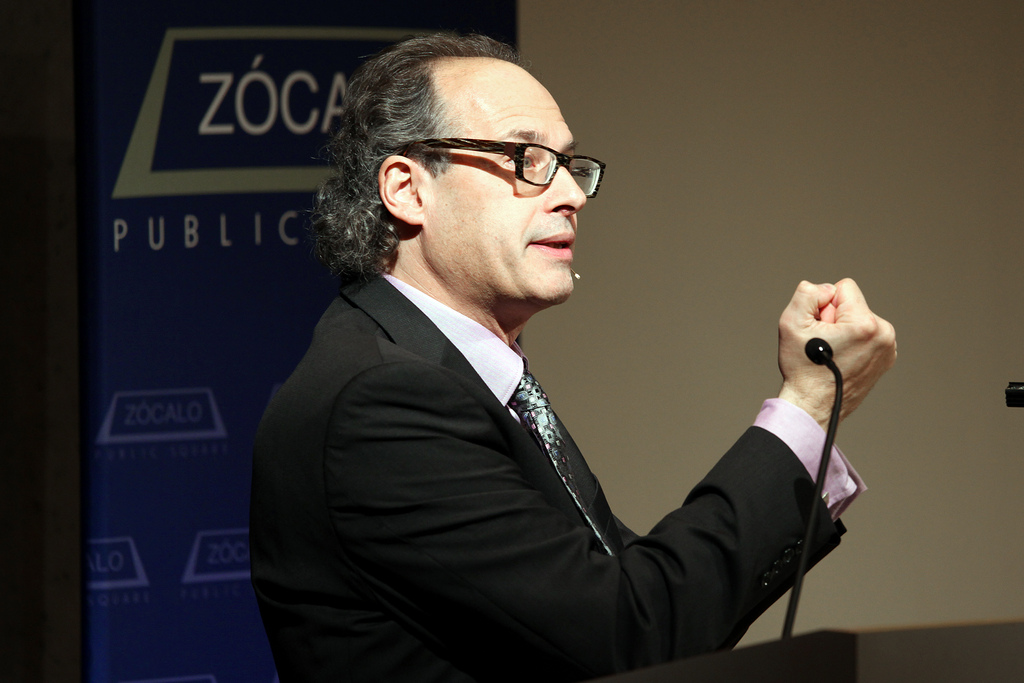 The country’s pioneering national healthcare plan – Theodore Roosevelt’s 1912 proposal to insure the country – was first voted down in California in 1915.

To the auditorium full of Southern Californians at MOCA, James Morone said, “You forged the politics of healthcare for almost a century.”

Morone, a Brown University professor and co-author of The Heart of Power: Health and Politics in the Oval Office, visited Zócalo in an event sponsored by the California HealthCare Foundation to explain why healthcare reform is so difficult to pass. As Democrats pushed the latest incarnation of reform to the Senate floor for a sure-to-be rancorous debate, Morone explained why, ever since 1912, the same difficulties have plagued reform, and why the perfect blend of ten elements could get it through this time.

Morone began by outlining the three major problems of healthcare today, starting with cost. Economists, he said, like to make a grim and not entirely farcical estimate of when 100% of the country’s GDP will be devoted to healthcare costs – the year 2106. Every three and a half years on average one additional percent of U.S. GDP is transferred to healthcare costs. Elsewhere in the industrial world, that figure is zero. “As long as that’s happening, the system is unstable, and we’ll be fighting about healthcare,” Morone said. There’s no “magic bullet” for the cost problem, either, he added, whether it’s corruption or preventative care. “Healthy lifestyles are great. Jog, eat tofu-  I’m for it. But you don’t help the system,” Morone said. “If you’re overweight, you drink, you smoke, at 60 years old, you die. No more healthcare – you’re a great bargain.” 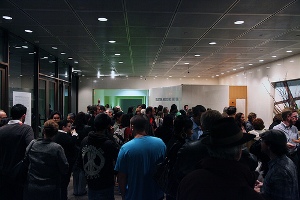 Despite large costs, the next significant problem is that tens of millions of people live without health insurance – 18,000 are estimated to die each year because of lack of adequate care. Insurance companies aren’t entirely to blame, Morone said, because we’ve created a system that encourages them to insure only the healthy – which often translates to the young, the wealthy, and the white – and thus to keep costs low for those who are insured. The debate over health insurance and reform, Morone noted, reflects a central divide in our thinking: whether individual responsibility or community responsibility is the more important value, and where health falls between them.

High costs also don’t mean we have the best system, Morone said, identifying quality as the third problem. Quality of care varies greatly from neighborhood to neighborhood, and care everywhere could benefit from going electronic and other such reforms. The U.S. also ranks low – coming in at 31 – in terms of life expectancy at birth. “There’s a little boy being born right now in Los Angeles who will live three and a half years less long than a boy being born in Tokyo,” Morone said. “If our Olympic team came in 31st, there would be congressional action.”

Healthcare reform may seem unwinnable. Morone recalled Harry Truman’s long fight – during which Republicans accused him of bring socialism to the country – and the American Medical Association’s similar argument in an ad against Medicare in 1963, voiced by the actor Ronald Reagan.

Morone identified “ten commandments” required to push healthcare reform through. First, he said, presidents need a clear and bold philosophy that still fits on a bumper sticker. “Great presidents are great because they’ve articulated a particular philosophy of the country,” Morone said. Second, presidents also have to be able to negotiate and manipulate Congress, “the most complex, infernal, difficult, problematic government body in the universe.” Lyndon Johnson famously maneuvered Congress into passing Medicare. In one remarkable instance that came to light only a few years ago, Morone explained, Johnson convinced Senator Wilbur Mills, a major Medicare opponent, to enlarge the program. He did it by beginning to woo Mills in his first days in office, and convincing Mills that Medicare would propel Mills into national office. We don’t yet know, Morone said, whether Obama is so persuasive. 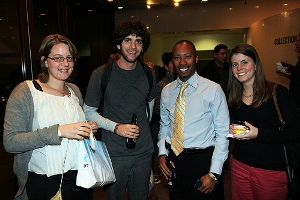 Third, healthcare reform requires a “band of kooks” – consistent and in some cases extreme reformers who keep attention on an issue. Fourth, it need a movement. “Congress is a very nervous institution,” Morone said. “They gotta be overwhelmed.” Fifth, presidents and legislators need to move fast. Johnson began working on Medicare the day after his landslide election in 1964, saying, Morone explained, “Everyday, I lose a little power.” So far, Morone noted, Obama is moving faster than Bill Clinton did, despite being criticized for delaying on healthcare.

Advocates need to think big, Morone explained. The sixth commandment requires Americans to keep in mind that healthcare reform is about symbols: the nature of American society, our ideals, life and death. Responding to Republican claims that Obama’s plan will kill grandmothers by saying “it’s not true,” Morone said, was a very poor response. “Democrats are so in the weeds of the politics, they’re not very good at the symbols,” he said. Symbols require a philosophy, a victim, a plan, and a demon like, Morone joked, the insurance companies. “It’s not fair, but it’s effective.”

Seventh, presidents in particular need to keep their heads above the gory details of reform. Jimmy Carter tried national health insurance and sent “memo after memo, boring as can be,” about the nitty-gritty of healthcare. Presidents should instead focus on the big picture, and are most effective when they’re responding to the poor health or death of a loved one. “That gets under their skins,” Morone said, noting that John F. Kennedy became obsessed with Medicare after his father had a stroke, just as Obama might have been influenced by the death of his grandmother.

Most controversial, Morone noted, is the eighth commandment: “Tell the economists to shut up.” Healthcare reform is costly, and eyeing short-term economic predictions can make Congress queasy about voting for it. Republicans, Morone noted, are good at looking at dicey economic numbers and still moving with their plans, as George W. Bush did. Lyndon Johnson went further and suppressed cost data for Medicare. However irresponsible it may have been, without it, Morone argued, Medicare wouldn’t have happened. 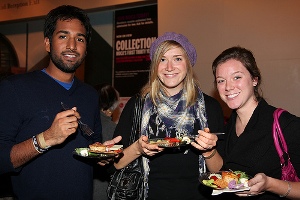 The ninth commandment reminds that Republicans are more successful than Democrats at reform. But both parties have to master the tenth commandment: learning to lose. It’s the most important of the ten, Morone said, and can determine the course not only of healthcare but the country’s politics for years. Where Truman fought bitterly for health reform and continued to fight even after retreating from his boldest demands, Clinton made beautiful speeches but quickly gave up and let his opponents spin it as a major defeat. After Truman, Medicare started to gain traction. But after Clinton, Democrats lost the majority of Congress for 12 years, and the presidency for eight. And Democrats were all but required to “talk like junior Republicans” – about cost curves and efficiency – rather than in the language of Franklin Roosevelt.

Morone discussed in Q&A how the current healthcare plan is faring. He noted that although the “strong public option” seems missing in the current bill, there is something of a “back-door” single-payer plan in the form of tax subsidies to those who receive government insurance. It’s unclear yet how far the current plan will go and what its final form may be. It’s also unclear to what extent Obama can resurrect the Democratic language and philosophy of Franklin Roosevelt, of shared social responsibility. “We’ve been waiting for the pendulum to come the other way. Everybody feels it,” Morone said. “This is one of those rare moments when we’re watching American politics and thinking, is it all going to change?” 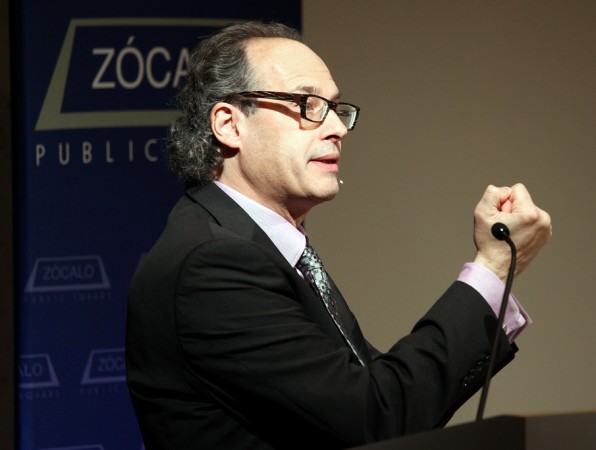