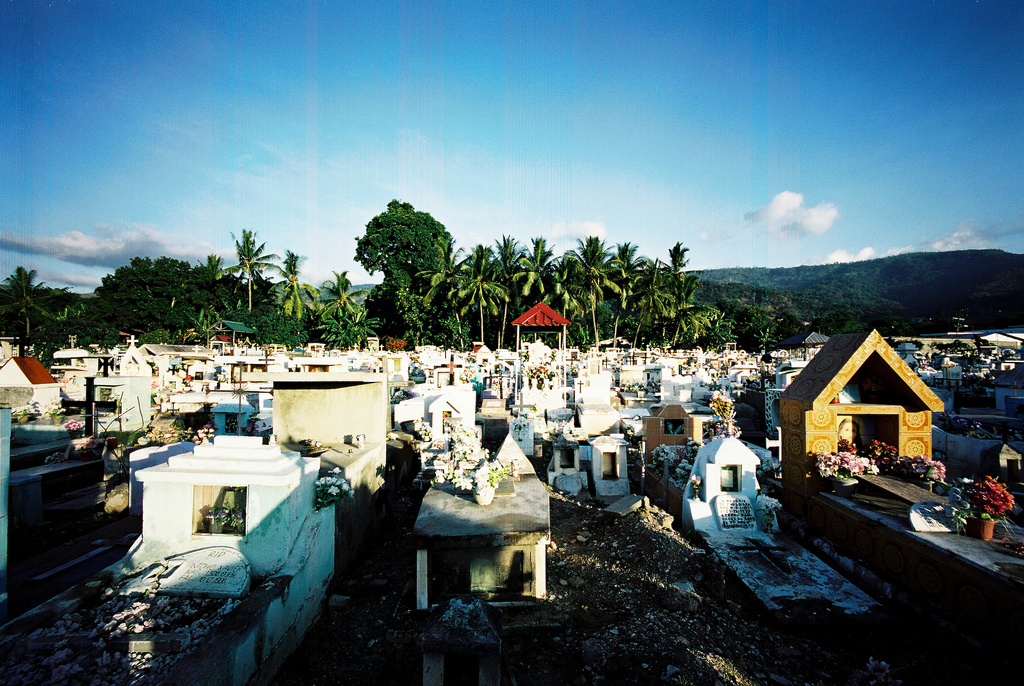 “If You Leave Us Here, We Will Die”:How Genocide was Stopped in East Timor 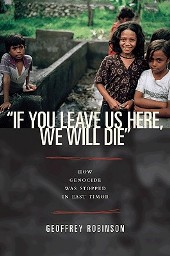 The United Nations has defined genocide as “any act committed with the idea of destroying in whole or in part a national, ethnic, racial or religious group,” but what does genocide really mean? Where does it come from and how does it feel? How do “ordinary men” become “willing executioners?”

Geoffrey Robinson gives offers an in-depth recounting of genocide in East Timor in “If You Leave Us Here, We Will Die.” In August 1999, this country of one million people overwhelmingly voted for independence from Indonesia in a UN-sponsored referendum. By September, 1,500 people were killed, 70 percent of the country’s infrastructure was burnt or destroyed, and 400,000 people were displaced.

The book is a compelling body of documentary and first-person evidence that Indonesian military and civilian leaders orchestrated the shocking violence that marred East Timor’s birth as a nation. Robinson names names and does not shy away from condemning not just the perpetrators of violence, but those who were complicit because they criticized intervention. To be sure, it a sad story, but also one in which international intervention ultimately prevented a much greater disaster. As the title suggests, it is also a testament to import of witnesses in war. While foreigners were being evacuated at the height of the violence, a small number of UN staff refused to abandon the East Timorese who sought refuge and international attention.

Robinson was one of those foreigners who chose to stay. A professor of Southeast Asian history at UCLA, he took a stint as a Political Affairs Officer with the United Nations Mission in East Timor, and lived through the tumultuous events that are the climax of his book. In 1999, he was living and working in the UN compound in East Timor’s capital city of Dili, where 2,000 East Timorese and the UN staff became refugees, barricaded from the unchecked violence that swept the country. So while the book is thick with historical facts, it is never cold or impersonal.

Crucial to this history are the ordinary people, the unexpected leaders and fighters whom Robinson treats with great respect. He describes Sister Esmerelda, who would become a refugee in the UN compound, as “a diminutive Canossian nun in her mid-thirties, whose broad smile and impish manner gave no hint of her inner strength or political inclinations.” Robinson treats his subjects with intimacy and takes great care to portray them and their circumstances honestly.

Ultimately it is this intimacy that makes Robinson’s narrative so compelling. Though he makes a convincing case that there was a systematic attempt to destroy a whole group of people, more important than the political question “Was this genocide?” is the realization that this kind of violence is too often brushed aside or covered up. A genocide book, let alone a book about genocide in a small half-island nation relatively unknown to most of the world, is not an easy sell. Why should we care about East Timor? In this case, the answer is because Geoffrey Robinson cares.

Excerpt: “Out of nowhere, a youngish woman rushed up to the chair of the delegation, the Namibian permanent representative to the United Nations, Martin Andjaba. Seizing his hands, she said, ‘Please do not leave us here. We are so afraid.’ Andjaba, a former South West Africa People’s Organization freedom fighter, first answered somewhat stiffly that the United Nations would do everything possible to ensure their safety. But the woman interrupted and still hold his hands, said: ‘No, you don’t understand. If you leave us here, we will die. You must promise.'”

Further Reading: The Dark Side of Paradise: Political Violence in Bali

, and The Origins of the Final Solution: The Evolution of Nazi Jewish Policy, September 1939-March 1942

Angilee Shah is a freelance  journalist who writes about globalization and politics. She is currently writing from Indonesia. You can read more of her work at www.angileeshah.com.