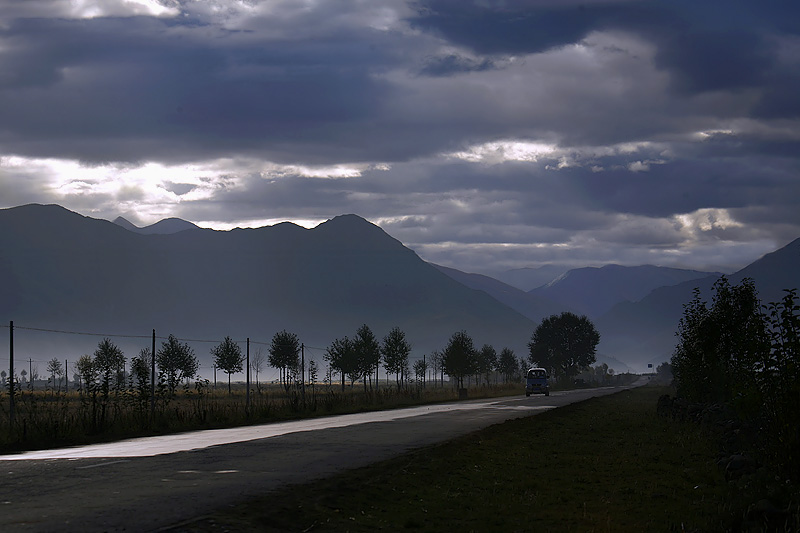 Country Driving: A Journey Through China from Farm to Factory 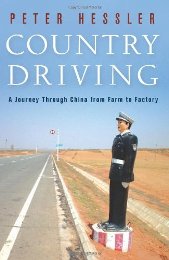 Country Driving begins with a driver’s license. It is the story of rapid change in China’s diverse landscapes – dying villages, growing villages, and booming factory towns – joined by highways and an ever increasing number of cars.

“By the summer of 2001, when I applied to the Beijing Public Safety Traffic Bureau, I had lived in China for five years,” Peter Hessler writes. “During that time I had traveled passively by bus and plane, boat and train; I dozed across provinces and slept through towns. But sitting behind the wheel woke me up.”

Hessler is a staff writer for The New Yorker and was formerly based in Beiijing. From his first two books, River Town

, it’s evident that he has an intimate perspective on China from outside the familiar tropes of megacities and central government. He is willing to get lost in ordinary lives, and then put those lives artfully into the context of cultural, political and economic change.

He begins Country Driving by traveling along the Great Wall, through the provinces of Hebei and Shanxi, revealing simple truths through small stories along the way. He observes a rural funeral, meets feng shui masters, drinks potent rice wine called baijou with government officials, and explores China’s new car rental industry. Amateur historians wax on the Ming Dyansty, hitchhikers about migration. We see the results, good and bad, of antierosion campaigns funded by the World Bank. As Hessler describes labor in Youyu County, “The mountains are high, the NGOs far away – that was how you ended up with people digging holes in exchange for Islamic Beef Noodles.” The workers spend their days digging to make it look as though trees are being planted, and are paid in five bowls of instant noodles per day. One man told Hessler that local officials take the project money for themselves, which World Bank officials deny.

Country Driving is full of small details of the more delightful kind, too, as though Hessler noted everything that happened around and to him. He recounts running out of Coke in Inner Mongolia: “I restocked my soda supply with syrupy Feichang Cola, whose slogans – ‘China’s Own Cola!’ – was both a boast and warning.” He finds a quiet home in Sancha, a village of 150 people outside Beijing, where he befriends a young family, including the village’s only young child. (Most young people have left their peasant lives for factory work in urban areas.)  As Sancha’s roads improved and Beijing city dwellers took to touristing in the countryside, the family’s business shifts from farming to running a small bed and breakfast – and facing all the loans and debt and deals of a new business. A health emergency highlights their precarious position in a China transformed by entrepreneurship.

Hessler continues on to a factory that produces underwire and the rings that adjust bra straps, where he tells the story of two businessmen and the factory’s migrant workers. It gives him the chance to chronicle “China’s version of the Industrial Revolution,” which emphasizes business over community-building. As he writes, in a telling example of the country’s changes, “Rural people were moving to the cities, and they had a gift for self-invention that rivaled anything in Dickens.”

Excerpt: “In the West, newspaper stories about China tended to focus on the dramatic and the political, and they emphasized the risk of instability, especially the localized protests that often occurred in the countryside. But from what I saw, the nation’s greatest turmoil was more personal and internal. Many people were searching; they longed for some kind of religious or philosophical truth, and they wanted a meaningful connection with others. They had trouble applying past experiences to current challenges. Parents and children occupied different worlds, and marriages were complicated – rarely did I know a Chinese couple who seemed happy together. It was all but impossible for people to keep their bearings in a country that changed so fast.”

and Genghis Khan and the Making of the Modern World