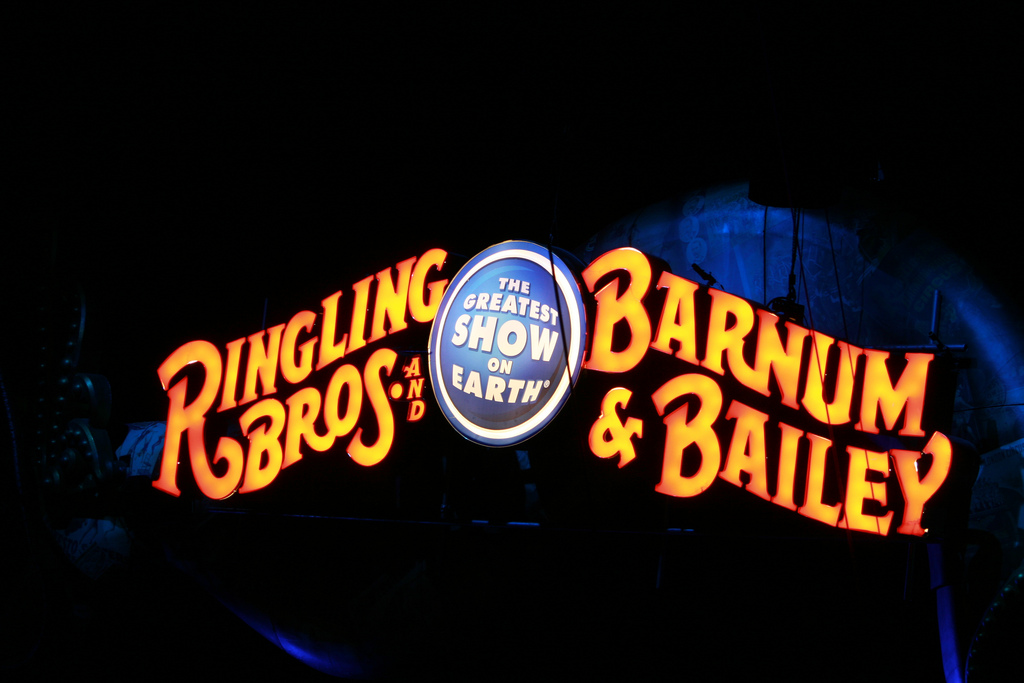 On June 2, 1835, P. T. Barnum and a troupe of performers began their first tour in the United States, though this initial stint was a far cry from the grand, coordinated spectacles of today’s circus shows. Below, in his P. T. Barnum: The Legend and the Man, A. H. Saxon describes Barnum’s start in showmanship with the discovery of a purportedly 161-year-old woman named Joice Heth.

“If being made for a thing is a divine call to that thing,” Barnum’s last pastor in Bridgeport, the Reverend Lewis B. Fisher, once wrote of his famous parishioner, “then Mr. Barnum was divinely called to be a showman.” But the “call” had not yet come when Barnum moved with his family to New York City, where by his own account he knocked about for several months without finding congenial employment. In the spring of 1835, he opened a small boardinghouse in Frankfort Street. Around the same time he became partner in a grocery store with John Moody, whose grandson was to found the well-known Moody’s Investors Service.

While attending to business at the latter establishment, Barnum learned of the extraordinary opportunity that was to launch him on his career as a showman. And although he somewhat shamefacedly acknowledged in later editions of his autobiography that this was “the least deserving of all my efforts in the show line,” he made no such apology in the original edition. Joice Heth is undoubtedly the most enigmatic episode in Barnum’s entire career, for one is never certain how much he really knew – or chose not to know – in regard to this imposition.

As Barnum tells the story in his autobiography, toward the end of July 1835 he learned from Coley Bartram, a Connecticut acquaintance, that a Kentuckian named R. W. Lindsay wished to sell his interest in an exhibition known as “Joice Heth.” The last was in fact a blind, decrepit, hymn-singing black slave, whom Lindsay had contracted for with her owner, John S. Bowling, also of Kentucky, for a period of twelve months. The great selling point of Joice Heth was that she had reached the astounding age of 161 years and had once been the “nurse” of George Washington! When Barnum first viewed this wonder lying upon her couch in Philadelphia’s Masonic Hall, “she might almost as well as have been called a thousand years old as any other age.” Her withered legs, drawn up, could not be moved; and her left arm, whose hand possessed nails some four inches long, lay across her breast and was equally rigid. Her blind eyes were so sunken that they seemed to be have disappeared altogether; her teeth were entirely gone; and her weight, as reported in bills and other advertising matter, was but forty-six pounds. Yet she could talk, and talk almost incessantly, about her “dead little George” and how she had not only been present at his birth but “raised” him. Besides her store of anecdotes about the “father of our country” and the doings of the “redcoats,” Joice was extremely fond of discoursing on religious topics (she had been belatedly baptized in the Potomac in 1719, at the age of forty-five) and singing ancient hymns, many of which, Barnum writes, “were entirely new to me,” as indeed they must have been to her other auditors. “She retains her faculties in an unparalleled degree,” proclaims a handbill Barnum himself later had printed, “and often laughs heartily at her own remarks.” One suspects old Joice would have felt right at home in Connecticut.

The aspiring showman demanded some proof of Joice’s extraordinary age, naturally enough, and Lindsay obliged by showing him a crumbling bill of sale, signed by Augustine Washington and dated 5 February 1727, for a Negro woman named Joice Heth, described as then being fifty-four years old. Further inquiry elicited the information that after being sold by Augustine to his neighboring sister-in-law, Joice had assisted at the birth of “little George” and was the first person to clothe him. In time she became the property of the Bowling family and was taken to Kentucky, where she was left to decay unceremoniously in an outbuilding, no one being aware (apparently Joice was not talking much then) of her true age or connection with the illustrious Washington. It was during a visit to Virginia that the son of John Bowling, while looking over some documents in the Virginia Records Office, quite by chance ran across the 1727 bill of sale and became convinced that the Joice Heth named therein was the same as his father’s slave. The Virginia officials obligingly let him take the bill of sale home with him, and it was this ancient-looking document, framed under glass, that Lindsay now offered as indisputable proof of his exhibit’s remarkable age and history.

Barnum writes that he was satisfied by this story, and immediately plunged into the “show line” with a will and from that moment on rarely looked back. He had finally found his true niche in life – had hearkened to the “divine call,” his pastor might have said.