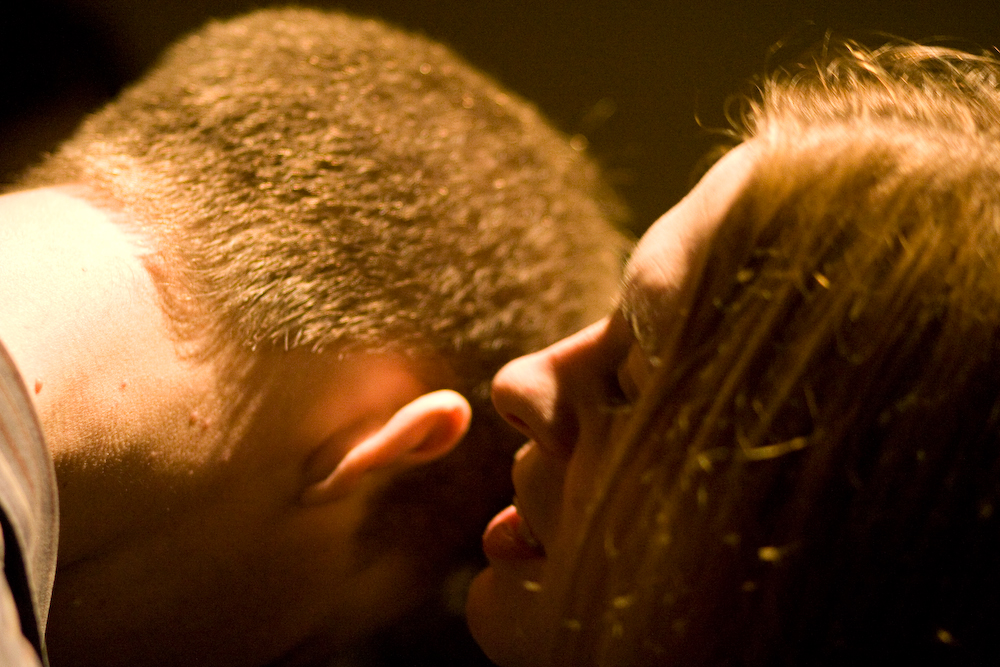 Gary Fine thinks rumors deserve a better reputation. “The people who spread them shouldn’t be insulted or denigrated,” he said. “We all spread rumors of various kinds, and the rumors we spread tell us what we believe, what we feel we can’t talk about directly.” Fine began studying rumors at a crucial time, in the 1960s, when gossip abounded about the Kennedy assassination and race riots. He continued studying rumor and race in his book Whispers on the Color Line, discovering that gossip contributed to making “racialized pools of knowledge.” In his latest book, The Global Grapevine: Why Rumors of Terrorism, Immigration, and Trade Matter co-authored with Bill Ellis, Fine explains how rumors start – from conspiracy theories about 9/11 to the hygienic habits of immigrants – why they matter, and why they could make a society more healthy.

Q. You’ve examined rumors about race and government conspiracy. Global Grapevine takes up rumors about terrorism, among others. What inspired this particular study? 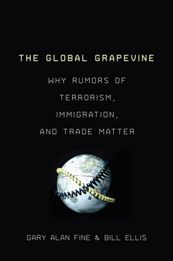 A. After Whispers on the Color Line was published in 2001 I wanted to continue my rumor research. The issues of terrorism were front and center. In some ways, it went back to my earliest interest, which was beliefs about the Kennedy assassination. Here you had this event of enormous national trauma, but it was an event that was at least somewhat ambiguous. It was open to different kinds of understanding. Were the 9/11 attacks caused by a large scale Arab or Arab American conspiracy? Some people believed that. Others believed it was the Israelis, the Mossad, or Jewish Americans who were behind the attack. In both of those cases, people suggested, incorrectly, that on 9/11 there were no Arab Americans in the area, or that there were no Jewish Americans in the area. The rumors were in some sense like the race rumors – they were the flip image of each other. Whatever one believed beforehand made it possible to believe these rumors afterwards.

Now the third set of rumors related to these other two was that the U.S. government was in some way either behind the attacks or knew about the attacks. This gave rise to what’s sometimes called the 9/11 truth movement – the truthers. In all of these cases, one of the things about rumor that is important, particularly conspiracy rumors, is that there is so much information available. Facts are promiscuous. Whatever belief you find plausible, there is material that will support it.

What we do not do is to judge who is truly correct. As we write about rumors of terrorism, immigration, and trade, Bill and I have our opinions. But the book is not a debunking of rumor. It is a book that works through and helps us understand rumor.

Q. How does a rumor start, and how does it spread?

A. That has been a traditional problem in rumor scholarship. It is very difficult of course to be there at that first moment. But we have a number of models for how a rumor starts. One model, and one that is popular among the public, is that there is someone who is a liar and is deliberately fabricating false information. It’s the model of propaganda, in which you have spies deliberately spreading information. It is certainly possible that, particularly in wartime, you will find some of this deliberate spreading of rumors.

A second model simply says that rumors happen when people are in situations of ambiguity. They’re trying to understand what happened, why it happened. People in general feel very uncomfortable until they have an understanding of how this particular traumatic event occurred. They are gathering information and trying to make sense of it. As a result, they say, these facts taken together suggest this claim. And they begin talking about that claim. As it spreads, it solidifies. It changes from being speculation to being truth.

A third model is that of misunderstanding or misinterpretation. As in the children’s game of telephone, someone will make a statement – perhaps true – and the person passing it on will change it a little, and the next person will change it a little more. You move from something that might have been true to something that is false as it is retold. To give you an example, there is the story of Arab Americans celebrating after 9/11. It’s hard to know exactly where that came from. It might have been a lie. It might have been an attempt to make sense of things. Perhaps one person did celebrate or cheer or say something positive – something like “America got what it deserves” – and someone heard it, spread it, and suddenly it becomes several people, a group, a crowd celebrating.

The politics of credibility has to do with whom we heard the rumor from. If we’re going to pass on a story, we are likely to say the person we heard it from is in a position of knowing about the rumor. If we hear something from Jon Stewart, we might think, “This isn’t true, it’s a joke,” so we wouldn’t spread it. We always make these judgments. It can vary person to person. For some people, hearing something from Keith Olbermann is credible, for others, hearing it from Sean Hannity is. Each of us has our judgments based on our belief and experiences.

Q. What makes a rumor stick?

A. It is largely a function of whether they are plausible and whether they serve needs – whether they make sense out of a world that would otherwise be ambiguous. We talk about beliefs about immigrants, either documented or undocumented. For over 100 years in the U.S. there has been a belief that immigrants bring disease with them. About thirty years ago, when the AIDS epidemic was just starting, the rumor was that a large part of the spread of AIDS was due to Haitians. They were one of the so-called “4H groups.” Today, we see that as being implausible. At the time, we saw the connection. Similarly, H1N1 was originally called the Mexican flu. And earlier, leprosy was seen as being brought to the U.S. by immigrants, as was typhoid.

Q. How do rumors translate to real world – whether the violence of the 1960s or the anti-immigrant laws of today?

A. In looking at rumors that deal with immigration, we need to look at rumors that occur in various communities. One of the examples we use are rumors in Latino communities. Very often we’re able to trace rumors that suggest immigration agents are going to swoop down on a particular day and round up all the undocumented workers to deport them. On those days, people don’t show up for work. Suddenly, and usually to the surprise of the employers, half of their workforce isn’t there. Likewise, in white communities, there is this belief, a strong belief, about Latinos in violent gangs – particularly Mexican, Salvadoran, or Dominican gangs.

One of the things about rumor that makes it important is that it provides an opportunity for people to talk about beliefs, but to do it in such a way that they don’t have to defend their beliefs. Consider someone who mistrusts Central American immigrants. To say “I don’t like these people” is dangerous. It could easily be considered racist. But to talk about a particular crime that a particular Central American gang engaged in, well, that’s just talking about the news. That separates you from the charge of racism. And so rumors work very effectively to separate individuals from the implications of their belief.

Q. Is there a chance that rumors could spur violence today, as they did in earlier decades?

A. For a number of reasons, we have less civil disorder than we used to. It’s not that we have none – there are always aggrieved communities that are potentially a tinderbox. In 1992 in Los Angeles, after the Rodney King arrest and convictions, there were riots, as there were in Miami about 20 years ago. At the moment, we don’t see either the left or the right engaging in violent action, but you certainly see anger in many communities. At this point, partly because there are new tools of policing and more cameras, and because people are able to buy into the system more than before, there’s less chance of civil disorder than would have been true in the 1960s.

Q. What are the rumors we spread about trade?

A. This has to do with American fears about our economic dominance. These are rumors that claim that products we get overseas are dangerous in one way or another. We point to a number of different stories. About a decade ago, Barry Glassner published a very influential book, The Culture of Fear. What Glassner argues in the book is that often we are afraid of the wrong things – those rumors that we believe direct our attention from things that are more important. In terms of trade rumors, we will pick on a particular product that was manufactured overseas, and we will say there was a snake in the lining of that coat or blanket. It will be our means of talking indirectly about our fear of Asian economic competition. Rather than thinking about what we need to do to increase the quality of American products, increasing American manufacturing, or developing a world system economy in which nations play different roles, we create these stories that suggest that outsiders are dangerous. Rumors about trade are entirely consistent with rumors of immigration – those people and those things beyond our border cannot be trusted.

Q. Can rumors ever be helpful, say, when it’s about consumer safety or crime?

A. Rumors can serve positive functions in a number of different ways. One of the arguments Patricia Turner and I made in Whispers on the Color Line is that they provide us an opportunity to talk with each other about those things that we didn’t know the other believed. It provides a moment of education. I think that is true in terms of our argument in Global Grapevine as well, particularly with regard to immigration. Here are the fears – fears that may not be legitimate, but fears that are genuine – that whites have and that Hispanics have or Asians have. We can use these rumors as a starting point.

Rumors are also valuable in that they are attempts to deal with ambiguity. They warn us. That’s why we wrote the book-to get people to pay attention to rumors. They’re something like a canary in a coal mine. The rumors we hear tell us about the fears and concerns we have. And of course, rumors are not necessarily nasty things, such as rumors about one’s company giving bonuses this year. There is a study of gossip, for instance, that finds that more gossip is positive than negative. If you define gossip as any communication about an absent third person – Jane is pregnant, Karen might be getting a promotion – a lot of it is positive. In our book, we’re looking at social problems, so we tend to focus on those rumors that deal with conspiracies, violence, and economic concerns.

Q. What is the strangest rumor you have ever encountered?

A. We talk about rumors in the book about various groups eating fetuses – that in some cultures fetuses are considered a delicacy, according to the rumor. These are rumors about defining insiders and outsiders. To go that far, though, is startling. There are more widespread rumors about, say, Vietnamese people stealing cats and dogs and eating them. But these rumors about fetuses take it a step further and enter a pretty bizarre world.

*Photo courtesy Benjamin Ellis (no relation to the co-author, that we know of, at least).