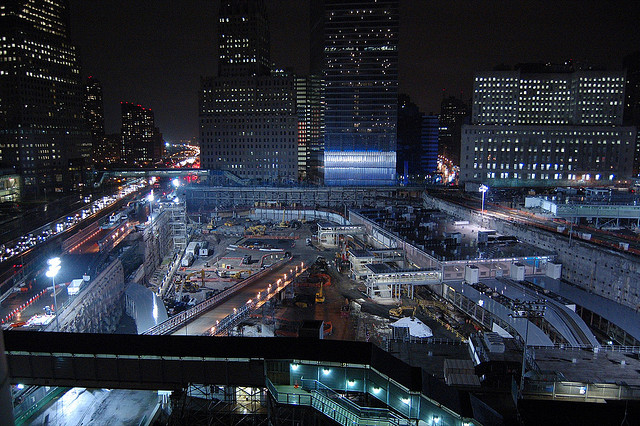 Mohamed’s Ghosts: An American Story of Love and Fear in the Homeland 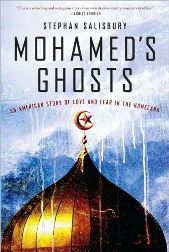 The introduction to Philadelphia Inquirer reporter Stephan Salisbury’s investigative memoir Mohamed’s Ghosts is titled “How to Take Down A Mosque.” It’s an eye-grabber for anyone who is watching closely the controversy around the Park51 Islamic community center and mosque slated to be built in Lower Manhattan.

But Salisbury’s book takes us to another mosque in a rundown neighborhood in Philadelphia. Ansaarullah was created in January 2002 and closed in 2008 after years of FBI surveillance and deportation, forced or self-imposed, of the mosque’s top leaders. Salisbury forces us to question our values as Americans, our national security and cherished freedoms. His is a book about the nature of fear – what it gives us license to do and say, how it colors our understanding of entire groups of people. In Mohamed’s Ghosts, we also find an answer to the question on many minds today: why are so many people so uncomfortable with the idea of Muslims worshipping two blocks from Ground Zero?

As Salisbury argues through the case of Ansaarullah, America’s fear of terrorism has morphed into a general distrust of Islam. Probable cause has been replaced with a policy of domestic preemptive strikes. Ansaarullah’s imam Mohamed Ghorab was arrested in high drama while his daughter looked on from the front of her school. His mosque was raided with dogs and weapons in tow. The media coverage and the FBI’s informant strategy destroyed trust within the community that once benefited greatly from the mosque. Even as investigations into alleged tax fraud and terrorism training turned up no leads, at least six members of the mosque were arrested for immigration violations, six were detained and released, and more were questioned and blackmailed to provide information about terrorist activity that never actually happened. “My sense is that once a suspect is identified, authorities are reluctant to let go, no matter what,” Salisbury explains.

Salisbury narrates the broader picture of domestic counterterrorism around the country after 9/11. He explains how the FBI monitored Middle Easterners, South Asians and Muslim groups, and drew information from within their ranks. In one devastating chapter, he lists hate crimes – murders, beatings, arson – committed in the name of 9/11 against immigrants and Americans, many of whom saw little to no justice. He draws parallels with the FBI’s infiltration of the Communist Party during the Red Scare, when informants were used not against a specific criminal activity but against a set of beliefs. Salisbury also gives voice to prosecutors and law enforcement, who say they have to pursue leads and suspects with whatever tools they have, while keeping information about them confidential for national security.

It becomes difficult to justify the human cost of our domestic war on terror, however, when, thanks to Salisbury, we get to know the people affected. What does it mean to be interrogated or held in solitary confinement, or put on a confidential watchlist that cannot be altered? The costs are much greater, it turns out, than just time. The individuals profiled in Mohamed’s Ghosts are ruined; they lose their homes, their families, their health. They suffer severe psychological effects, untenable damage to livelihoods and relationships, sometimes by a mistaken keystroke or minor error in a visa application. One mosque member who lost his family after he was imprisoned and deported says at one point, on the phone from Jordan, that torture or death would have been better than the personal destruction he endured.

This is not a typical arms-length work of journalism. Salisbury chronicles his own journey as an American watching his country make choices he does not agree with. “It was a shock of familiarity that finally awakened me to the cultural continuity represented by the war on terror,” he writes. “Freedom threatened leads defenders to threaten freedom.” In truth, Salisbury is haunted by the stories of the Muslims he reported on in Philadelphia. The import of this book is clear: before we rush to judge, we should allow ourselves to be haunted as well.

Excerpt: “I was drawn to this spot, the corner of Wakeling Street and Aramingo Avenue in Philadelphia’s old working-class community of Frankford Valley, by an easily overlooked whitewashed cinderblock building across from the Baptist Center — a one-time auto body and repair shop, in recent years converted to a mosque. There were no worshippers on this day, however. The central bay door was pulled shut. A chain-link fence, tangles of weeds growing up through its interlacing loops, surrounded by buildings and parking lot. A dirty yellow Abco Auto Body Sign teetered over the barbed wire atop the fence, and a metal gate stood chained and padlocked shut. The windows were boarded up… Emptiness soread now like a durable stain down Wakeling, but for a moment, an instant in the life of Frankfurt Valley, this spot had been one the dramatic focal points of the Global War on Terror.”

Further Reading: A Mosque in Munich by Ian Johnson and Why the French Don’t Like Headscarves by John R. Bowen.