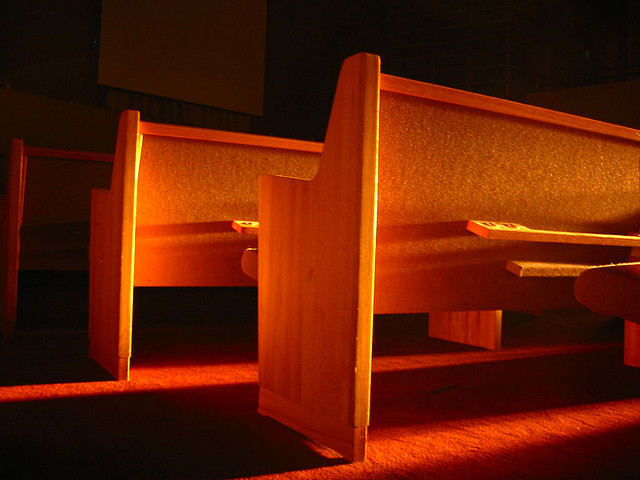 As much as religious conflict dominates our public conversations, religion has long been a force for unity. As political scientist Robert Putnam explains in his American Grace: How Religion Divides and Unites Us

, religious Americans are less tolerant of dissent, but religious communities were crucial to the movements for women’s and civil rights. We asked five students of religion how faith builds stronger communities. 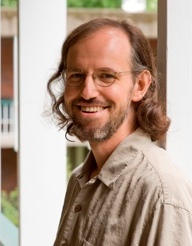 Etymologically, “religio” means that which binds together, so to say that religion builds strong communities is somewhat circular. If religion did not have this effect, it would not be religion. But one must still ask if the practices that build up particular communities – churches, mosques, synagogues – also contribute to the building up of more inclusive communities, such as neighborhoods, cities, and the nation.

Robert Putnam’s new book provides tantalizing evidence that people with strong commitments to particular religious communities are also good neighbors and good citizens. In my own research, I’ve focused on one specific way in which this happens: strong faith communities give their members strength to challenge injustice in the larger society. Revivalist Protestants joined Quakers and Unitarians in fighting slavery in the nineteenth century; Jewish synagogues and Catholic parishes and Black Baptist congregations join hands in revitalizing cities today. Unconventional forms of religion also play a role: many early labor organizers came from congregations of “freethinkers” who were bitterly critical of Christianity but still gained strength from weekly gatherings where they reflected together on the things that matter most. These religious activists did not seek to impose their own particularities on the nation, but called the nation to honor its own claim that all people are “endowed by their Creator” with “unalienable Rights” to “Life, Liberty, and the pursuit of Happiness.”

In the United States, the First Amendment ensures that faith communities are not dependent on political authority, and this has often given them leverage to challenge public injustice. But strength for the struggle ultimately comes from the sense of identity that people gain when they are bound together in community. For this reason, I don’t worry much that “identity politics” will prevent people from working together for the common good. I see the practices that build up particular identities as a form of religion. They generate a sacred power that can be shared with others. That’s why, when southern African Americans began fighting for their rights in the 1950s and 1960s, people of all races flocked south to share in the struggle. It is why so many local faith communities have chosen women ministers who found their pastoral voices through feminist consciousness-raising. It is why some of the most vital congregations today are those that stand on the side of love with immigrant and queer communities. The strength generated by specific communities can ultimately empower us all.

Why the church he left still matters 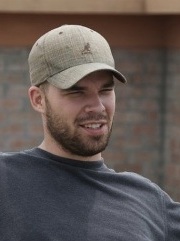 A religion can help build community even when people don’t believe in a word of it.

I grew up in a nominally Catholic family, the kind in which we only went to church for baptisms, weddings, and funerals. When I was in elementary school, my mom signed me up for catechism classes, but I didn’t even know if she believed in God. We never talked about religion; Catholicism was just something that happened to us. For me, this kind of non-committed religious life failed to stick. By seventh grade, I declared myself an atheist, and in high school, I converted to Islam.

I have been Muslim for over 16 years now, but last week I was back home for a family wedding and had to return to the same family church that had hosted all of our baptisms, weddings, and funerals. And I actually felt something there, a genuine affection for the pews and the priest and standing up and sitting down and the sign of the cross. As I looked around at my relatives, who I’ve seen through the years in those pews, the church became more about us than any doctrines about the supernatural; our visits to this place marked the changes in our lives and our continued journeys together. I have now watched my cousin’s baptism and her wedding in the same room, which was also where we said goodbye to our grandparents. Intellectually, I remain far removed from my Catholic upbringing, but there are still times when I am bound to other people by the Catholic Church – or, more accurately, Catholicism is used to illustrate our bond, to call our attention to the ties that we already have. As such, the church became truly sacred to me.

I spent some time thinking about that church and my feelings there. On some level, even as a Muslim, I was Catholic during the ceremony. I guess it depends on what you call “religion.” Limiting religion to thoughts of God and holy books seems to miss a big chunk of what religion actually does. Living several hours from my relatives, I don’t get to see them much, but I at least go home for Christmas.

–Michael Muhammad Knight is author of six books of fiction and nonfiction, including Journey to the End of Islam

and his memoir, Impossible Man 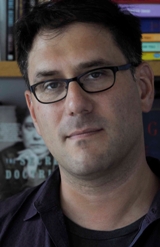 From my perspective, religion is not particularly important in building communities – but mutual respect for religion, or for nonobservance, is.

The U.S. military is remarkably diverse religiously, accommodating Christians, atheists, Hindus, Muslims, Wiccans (there really is a chaplain’s handbook for the Wiccan faith). What allows servicemen and women to successfully function together is not a common religion, but a common commitment to permitting practices, holidays, and worship that may radically differ from person to person. It’s incidental that the Army is mostly Christian, or that any neighborhood or organization is mostly one faith or another. I don’t see that as a guarantee of success. The guarantee, or the best we’ve got, is to know when to respectfully leave one another alone.

In a certain sense, too much emphasis on another’s religion can be a cause for friction. One of the fast-growing categories of religious affiliation among Americans is no-affiliation. People may have grown up Jewish or Catholic, but experiment with a wide range of alternative or New Age practices and don’t have a word to apply to themselves. Or they may believe deeply – and privately – and want no doctrinal label. Giving people the freedom to do that without holding them accountable as to their faith is just as valuable as creating space for a multitude of practices.

People sometimes say they move to big cities because they want to be alone – or, in effect, they want to have privacy. It removes a lot of stress from social relations when religion is not only respected in all its forms but is also personal. Those factors, more than the absence or presence of faith, make a community the kind of place that people want to dwell in and stay in.

–Mitch Horowitz is the author of Occult America: White House Seances, Ouija Circles, Masons, and the Secret Mystic History of Our Nation

and a frequent commentator on the history and impact of alternative spirituality. Read Horowitz’s Zócalo interview on Occult America here.

As the Founders knew, plurality counts 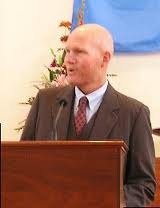 How important is religion to building strong communities?  Let me be personal.

After my father died, when I was five years old, the church was my extended family.  My mom re-married several times, to a secular Jew, an unchurched humanist, a homosexual, a gun-toting National Rifle Association oil company executive.

We moved.  I changed schools and neighborhoods during my childhood.  But in church, I found friends, absorbed lasting values, experienced a continuity of connection, and eventually fastened on a vocation, studying at Harvard for ordination into the ministry.  I wouldn’t have devoted my life to building strong faith communities if I didn’t believe they could keep our fractured lives afloat.

At the same time, religion can be divisive, separating sheep from goats.  America remains ghettoized along ethnic lines that show up on Sunday morning, which remains (as Dr. King said) the most segregated hour of the week.  We’re polarized politically, too.

Yet my experience is that faith can introduce us to a widening sense of kinship and mutuality, rather than isolating us in parochial enclaves.  Think of the progressive reforms, from abolition to womens’ rights, that originated among people of religious conviction.

But for faith to be a cohesive force, it must be inclusive rather than exclusive, universal rather than narrowly sectarian in its sympathies.  This was the genius of America’s founders, who conceived our country as a welcoming haven for people of all beliefs, insuring that no single doctrine would be dominant over the others.

Thanks to them and their care in keeping church distinct from government, America has avoided the balkanization of places like – well, the Balkans.  Instead, we’ve enjoyed relative harmony among Jews and Christians, Muslims and infidels, making ours the most spiritually diverse nation in the world.

Here, religion has remained true to its root, from the Latin religare:  “that which binds together.”  Or as the founders put it, “out of many, one.”  E pluribus unum.

–Gary Kowalski currently serves as interim minister to the Unitarian Universalist Congregation of Santa Fe, New Mexico. He is a frequent writer on spirituality, including on science and where animals fit into our faith, and is author most recently of Revolutionary Spirits: The Enlightened Faith of America’s Founding Fathers 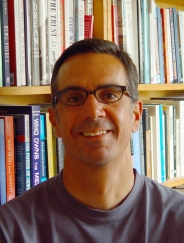 It would be difficult to imagine any community in America without the presence of a variety of religious groups. Religion is one of the most fundamental ways that individuals and communities organize their lives. As such, it has an enormous impact on how those individuals and religious groups conceive of how they should act in the world.

Specifically, I think religion contributes to strong communities in three fundamental ways. First, religion provides spiritual, social, psychological and often material support for individuals and families. Since religion deals in “ultimate” matters, it helps people make sense of their lives, as well as their role in their families and in their communities.

Second, religion creates a community of like-minded people that is oriented around faith, but is also often organized around like-types of people whether of race/ethnicity, social class, or something similar. This is more than just a form of support group, but an actual community in which people identify with each other and care for each other based on their shared beliefs and commitments.

Finally, religion provides material resources for those who are less advantaged, and often takes the responsibility to speak and work for the underrepresented and less advantaged in society. Several recent studies show that religious people tend to volunteer at higher rates than other Americans, and that the majority of those who do volunteer work through an organization, do so through a religious organization. Thus religion, in addition to motivating people to serve others, also provides important organizational structures through which people can do volunteer work and otherwise interact with, and strengthen, their communities.

–Richard Flory is an Associate Research Professor of Sociology at USC and a Senior Research Associate at the USC Center for Religion and Civic Culture.