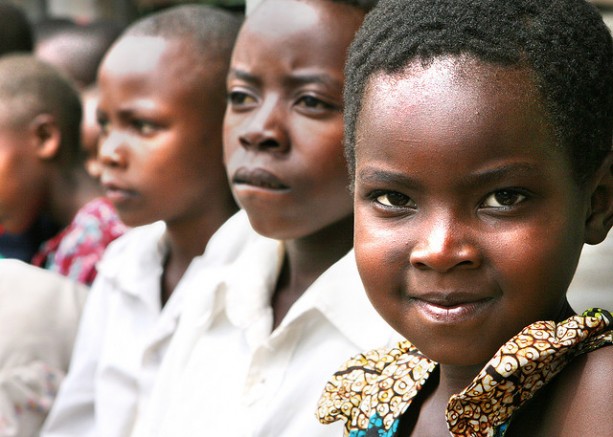 Economist Charles Kenny doesn’t buy the widely-accepted belief that the world is worse off than ever before. In fact, he argues in his new book, Getting Better: Why Global Development Is Succeeding — And How We Can Improve the World Even More, developing nations have seen “historically unprecedented improvement in health and education, gender equality, security, and human rights.” Kenny visits Zócalo on April 20 to show the doubters that the world is getting better and discuss strategies for replicating the myriad successes. 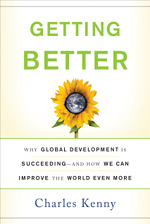 In 2009, the leaders of the world’s largest economies congregated in London for their summit on the recent fiscal crisis. Following well-established precedent (international summits discussing global economic coordination and financial sector reform are more hackneyed than a Miss World pageant), the participants issued a declaration that included language on the need to sustain the progress of global development even in these tough economic times. “We start from the belief that prosperity is indivisible; that growth, to be sustained, has to be shared; and that our global plan for recovery must have at its heart the needs and jobs of hard-working families, not just in developed countries but in emerging markets and the poorest countries of the world too,” suggested their final communiqué, which had largely been written before the world’s leaders arrived in London. Much the same could have been said decades before, familiar to the attendees of the first “Global Economic Summit” of what would become the G-8, when it was held south of Paris in 1975 to discuss exchange rates and economic coordination in the midst of an oil crisis and, once again, global recession. Or, indeed, to the attendees of London’s 1933 World Economic Conference, which greeted new US President Roosevelt in high hopes that he would reverse the regulatory trends of his predecessor in the midst of that global recession.

Outside the headquarters of the 2009 summit, 35,000 protesters also followed a familiar script, chanting in support of a kaleidoscope of causes-nuclear disarmament and an end to the Iraq war, action on climate change and banking reform. And many marched to protest the inability or unwillingness of their leaders to foster global development for the world’s poorest inhabitants, as they had promised. These protesters saw the latest financial crisis as further evidence of the failure of economic development. In so doing, they, too, joined a historied chorus.

A host of others, from public intellectuals to the heads of international aid organizations to commentators and politicians on both the left and the right, shared the concerns of world leaders and protesters alike. In a widely accepted version of the recent history of global development, there are two things left to argue over-who is to blame, and what to do about it. But all agree about the current state of the planet: Much of the world is a cesspool of economic stagnation, overpopulation, malnutrition, ignorance, violence, and disease.

The Right would abandon “Third World rat-holes,” as US Senator Jesse Helms once called them, to their inevitable fate. The Left looks at the same failure and blames continuing Western dominance-colonialism still rampant, but carried on in a different form as the neo-imperialism of the International Monetary Fund and the World Bank. Others argue that the problem lies with poor countries’ geography and natural endowments, and blame the inadequacy of donor efforts to help overcome these barriers to progress. But in all interpretations, these “causes” are the root of the same blight-an abject failure to develop across much of the Third World, a crisis of global proportions.

“Crisis” might even be a generous way to refer to the performance of African countries over the forty or so years since independence, at least according to numerous commentators. Robert Kaplan, in The Ends of the Earth, argues that Africa suffers from “new age primitivism.” Oxford University’s Paul Collier argues in his book The Bottom Billion that many African societies face a “fourteenth-century” reality of “civil war, plague, ignorance.” Similarly, Harvard historian Niall Ferguson suggests that “[e]mpires have their faults, no doubt. But independent African governments have often been more exploitative and worse for economic growth.” Ferguson goes on to argue: “Africa’s problem is not a problem that aid can solve. On the contrary: aid may simply make the problem worse.”

African economic stagnation is the big reason that Dambisa Moyo (in her best seller Dead Aid) and Bill Easterly (in his, The White Man’s Burden) are skeptical about the role of aid, as well. Gregory Clark, a professor of economics at the University of California at Davis, suggests of Africa: “[T]he whole technological cornucopia of the last two hundred years [has] succeeded in producing among the lowest material living standards ever experienced. These African societies have remained trapped in the Malthusian era.” His resulting view of the efficacy of aid is suggested by the title of the book from which this quote is drawn: A Farewell to Alms.

Others, though, draw on exactly the same narrative of African failure to call for a redoubling of aid efforts. Take Jeffrey Sachs, Columbia University economist, special adviser to the United Nations secretary general, and one of the most widely cited development economists of the twenty-first century. He directs a program designed to show the feasibility of meeting the United Nation’s Millennium Development Goals-an ambitious set of targets for global progress in poverty reduction, improved health and education, gender equality, and environmental sustainability-by the target date of 2015. Sachs sees more aid to Africa as central to such an effort.

But the litany of failure-and in particular, African failure-suggests that the success of development has been limited indeed. And this, surely, is a significant indictment of the government leaders, international agencies, nongovernment organizations, and businesses that should have been fostering development. In particular, it might suggest that those who despair of aid’s impact have a point. The last forty-two years have seen aid transfers to developing countries worth approximately $2 trillion. That’s enough to bail out American International Group ten times or so. If crisis is the only outcome, perhaps it’s time to pack up the aid missions and go home.

Luckily for the developing world-and for the leaders, organizations, and businesses involved-the reality of global progress is something entirely different. While Africa and many other parts of the planet have lagged in terms of income growth, they have also seen historically unprecedented improvement in health and education, gender equality, security, and human rights. And much-maligned governments and aid agencies have played an important role in that progress. Too narrow a focus on one indicator of success-income-has blinded many to these broader advances, and that is a potential tragedy. Indeed, recognizing this broader progress is an important first step in efforts to sustain it.

Excerpted from Getting Better: Why Global Development Is Succeeding–And How We Can Improve the World Even More, by Charles Kenny. Available from Basic Books, a member of The Perseus Books Group. Copyright © 2011.