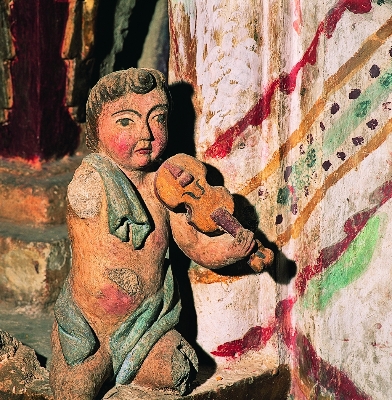 A fiddler angel on the main altarpiece 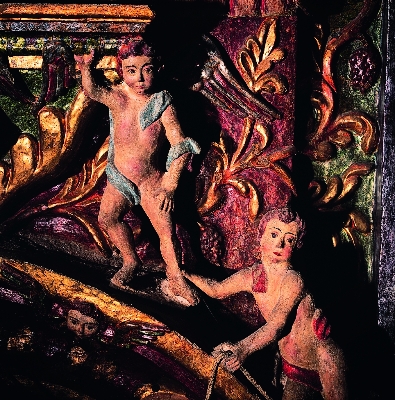 Angels above the niche of St. Francis Xavier on the main altarpiece 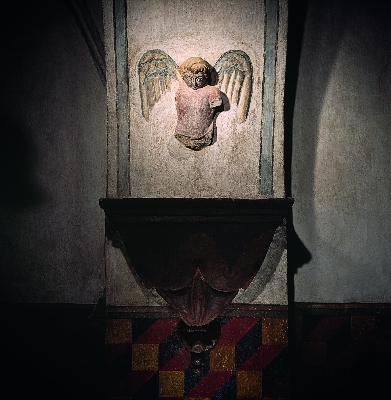 Angel, west side of arch 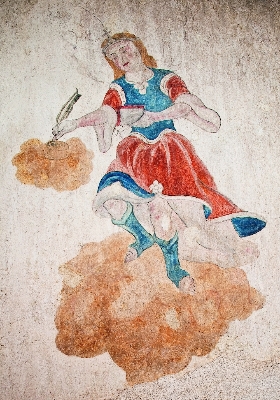 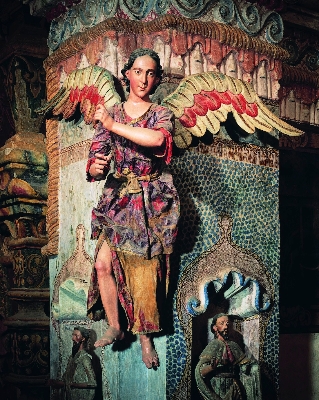 Angel of the crossing, west 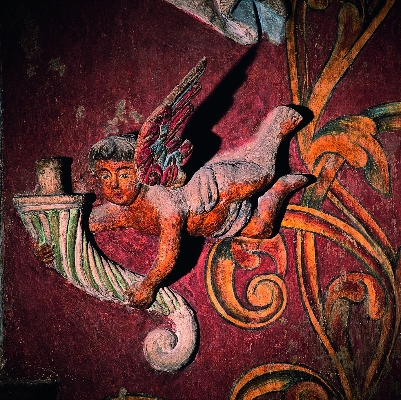 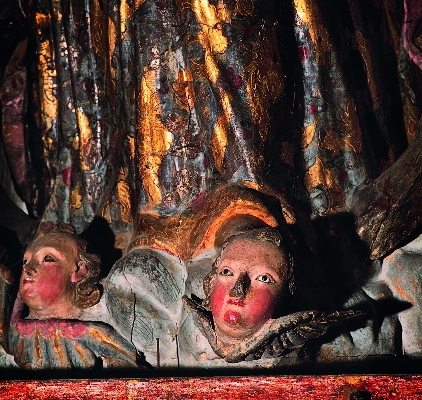 Detail, angels at the feet of the Immaculate Conception 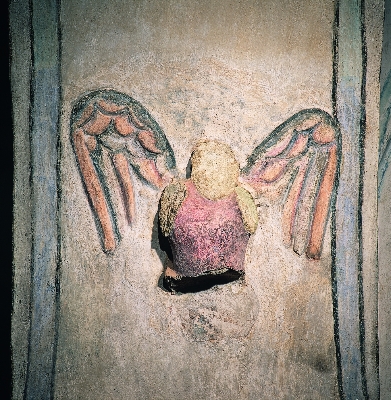 In Glimpses, Zócalo presents a series of images that explore connections and community–or simply delight the eye.

San Xavier del Bac, a two-century-old mission that rises like a white dove from the desert floor south of Tucson, is one of the most revered examples of religious architecture in the United States. With its iconography and imagery, the mission is what sociologist Father Andrew Greeley has called the physical embodiment of the Catholic imagination. Today, the visitor can see scores of angels, in both sculpture and painting, within the walls of the mission. Below, we present some of those angels in photographs by Edward McCain. They appear in Bernard L. Fontana’s monumental book A Gift of Angels: The Art of Mission San Xavier del Bac.