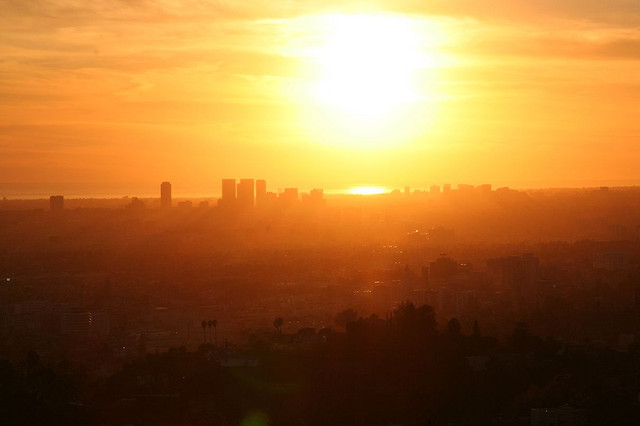 So a year-end poem seemed apropos.
We might have gone Roger-Angell-style,
Marching the year’s guests in single file,
Rhyming Steven Brill and Brad Cloepfil, Dakin Sloss and Andrew Ross,
But what to do with Evgeny Morozov? We might be at a loss.
So we’ll simply salute the year’s passing–by no means completely–
With unmetered verse that rhymes somewhat neatly.
Here’s the news that riveted, the stories we remember,
The things we kept talking about even in December.

It was a banner year for protests but not for marriages or dictators,
Almost as unsuccessful? State and national legislators.
The uprisings in the Middle East spread like a conflagration,
“The 99 percent” became Wall Street’s occupation.
A march in London grew into days of riots and violence,
In Russia civil society may at last have broken its silence.
Like the wives of Henry the Eighth, autocrats were deleted:
Qaddafi, Kim Jong-Il, Mubarrak–killed, died, unseated.
(But not before we got the goods on Muammar’s second son,
Saif Qaddafi, who learned at LSE how government should run …)

Meanwhile in the U.S., our government was stalling,
Debt, taxes, federal funding; Congressional approval ratings were falling.
Things in California were pretty much the same–too many
Problems left unsolved, and pinching every penny.
But people still threw parties as Kate and Will headed to the altar,
While every major celebrity couple headed closer to a no-faulter.
The big shock came from Kardashian and Humphries,
And the other stars’ divorce papers seemed to come monthly:
Arnold and Maria, Kobe and Vanessa, Ashton and Demi–
The Twitter-verse kept reeling with J-Lo and Marc Anthony.

The marriage of nations on the Continent didn’t go much better,
The eurozone became a union of creditor and debtor.
Bankruptcy hit closer to home when the Dodgers went under–
And how could we forget the McCourts, another marriage torn asunder?
There was good news, too, amidst the doom and gloom,
For one weekend L.A. was traffic-free, though the worst had been assumed,
That false alarm on the 405 that we all deemed “Carmageddon”?
It wasn’t until Obamajam that the freeways truly turned leaden.
A decade-long manhunt closed with the death of Osama,
The rapture scheduled for May 21st wasn’t worth the drama.

The war in Iraq ended, to Baghdad we bid farewell,
A conclusion came at last for “don’t ask, don’t tell.”
Not all endings were happy; some died too soon,
Steve Jobs and his brilliance, Amy Winehouse and her croon.
Gabrielle Giffords survived Tucson; was destruction Japan’s fate?
We couldn’t turn our eyes away from scandal at Penn State.
Los Angeles felt schadenfreude from earthquakes on the east coast,
Til the Santa Anas arrived in force to deliver a riposte.
The Republican race’s ups and downs have been well-documented
(Including by our own T.A. Frank–Herman Cain’s exit much-lamented.)

As the world spun round its axis, Zócalo was busier than ever before,
Hosting 50 events, publishing a web magazine, launching a think tank, and more.
Julian Bond came wearing seersucker; Wim Wenders in Converse,
Jane McGonigal promoted gaming; Guillermo del Toro laughed and cursed.
In Phoenix and Fresno and New York City, we made our debuts.
When Perez Hilton recommended “How Doctors Die,” we knew we’d broken through.
Jennifer Ferro took us to her neighborhood, Brenda Yancor told her Mormon story,
Constantino Diaz-Duran embarked on a mission for cross-country glory.
We teamed up with ASU, mourned the closing of Rocket Video,
Joined the Pacific Standard Time excitement, shed some light on Mexico.

Stay tuned for more to come, 2012’s looking splendid,
And thanks for looking back with us on the year that’s ended.