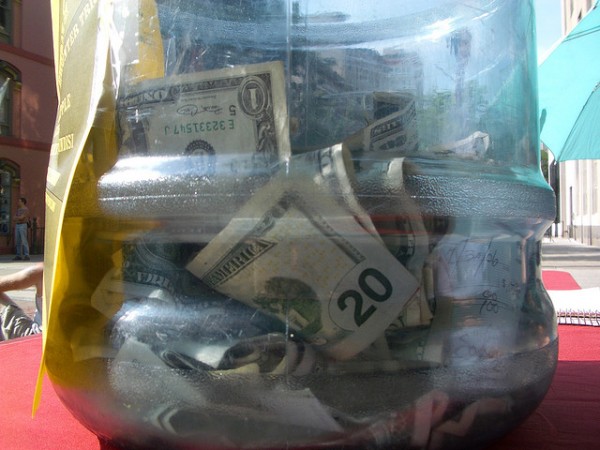 Philanthropy has a good name, but it doesn’t always make friends. Every foundation has its own mission, and these missions can be in conflict with one another. They can also, in the opinions of critics, play too large a role in democracy, usurping the power of the state and the ordinary citizen. In advance of “Is Philanthropy Too Powerful?“, a Zócalo event, several close observers of philanthropy offer their views on the same question.

Not necessarily–but foundations should scrutinize themselves closely

Philanthropy in and of itself is not powerful. It is simply a conduit through which individuals with financial resources (a key source of power in society, economics and politics) manifest their desires and goals through their giving. So while I share some of the concerns and hopes for philanthropy raised by Olivier Zunz in his new history of philanthropy and by National Center for Responsive Philanthropy in its “Philanthropy’s Promise” campaign, I think the question of power goes beyond philanthropy.

Foundations and individual major donors can influence the course of political, economic and social development in our country and around the world. But the individual donors and individuals who create foundations can exert their influence in many ways, and philanthropy is just one of them.

Philanthropy has had many positive effects on our society, bringing us developments like the 9-1-1 system, widespread public libraries, and early support for the Grameen Bank and the microfinance finance movement (among the many examples documented by Joel Flieshman in his book “The Foundation: A Great American Secret“). But are philanthropic entities serving the highest interest? And as an individual donor and foundation trustee, I ask others in similar roles to address and to consider this question. Are we using our power, the power that is made available to us through our philanthropy, for the best interest of all?

Jason Franklin grew up in Newport Beach, California and now lives in New York City where he serves as executive director of Bolder Giving, a nonprofit that works to inspire and support people from all backgrounds to “Give More. Risk More. Inspire More.”

No–it’s a counter to other forms of power

This question of whether philanthropy is too powerful is both fascinating and impossible to answer in a value-free manner. That said, we can consider both empirical and theoretical responses. Empirically, philanthropy is at once very democratic (small d) and largely the domain of the elite. In any given year, about two-thirds of Americans donate to a formal charity. Many more Americans are donors than voters! On the other hand, the top three percent of income earners donate a disproportionately large share of total giving–most observers most agree this is “about half” or more of all individual giving.

Given that philanthropy’s definition (as coined by Bob Payton, the nation’s first professor of philanthropic studies) is “voluntary action for the public good,” it seems tautologically true that it is the “right amount,” whatever it is. That is, while individuals give for many different reasons (e.g., faith, giving back, care for those less fortunate, commitment to a cause, etc.), and many factors may affect how much some donate, this voluntary action for the public good is inherently in equilibrium because it is strictly a voluntary action.

However, one can imagine individuals using their philanthropic giving to attempt undue influence in how a nonprofit operates, whom it hires, or what types of projects it undertakes. Charities and their boards must have clear gift–acceptance and conflict–of interest policies to ensure appropriate and ethical operations. Transparency and accountability by all involved in philanthropy serve as an important check and balance on its power.

From a public-policy perspective, some nonprofits serve in an advocacy role to change public policies, on behalf of those who are seen as lacking a voice. Some political leaders have chafed at this role and have actively tried to limit this aspect of nonprofit thought leadership. However, this role is an important and legitimate countervailing force in our democracy and should be encouraged rather than restricted. Advocacy charities can be an important countervailing force to the government (at all levels). This is an important role to protect the views of minority groups (of all types–not just racial) in a democratic system in which the majority sets the rules for all.

Patrick M. Rooney is executive director of the Center on Philanthropy at Indiana University.

It depends on what’s public and what’s private

Americans give $300 billion to nonprofits each year. Most of that money comes in small gifts from lots of people, but some of it comes in big gifts from a very few. What happens with that money, and are some of the gifts more powerful than others? Recent attention to the policy interests of large foundations, especially in education and health care, have raised the question of whether private philanthropy has become too powerful a force in public policy setting.

These tensions become more visible as foundations reach enormous size, public budgets shrink, and new rules for philanthropy and political giving come into play. Consider three scenarios. First, large foundations fund policy and advocacy work directly. Here the question is one of transparency, checks and balances, and community input to balance the power of those with the funding.

The second scenario is more common: public budget cuts don’t cover expenses for parks or school arts programs, so private funders step in. Where do you draw the “line” before this funding goes from being a supplement to being a replacement of public responsibility?

Final scenario: the 2012 Presidential election is underway. The story from even the first caucuses and primaries is all about money spent by Super PACS. Since 2010, some of that money is first flowing through nonprofits and then to the Super PACS. These donors get their cake and eat it too–influence and anonymity. Is this what we mean when we ask about nonprofits and policy influence?

Our current situation is one private resource growth, public budget cuts, and new rules for giving. This raises the century-old issue of philanthropy’s role in public policy to new prominence. As we ask it, we need to be aware of all the ways that influence can be expressed and how we want to oversee or limit that influence. The question of what role private philanthropy should play in public policy has to be answered in the context of what role the public sector should play in our lives. Needless to say, this question–what is public and what is private–is the question of the day.

Lucy Bernholz, PhD, is managing director at Arabella Advisors, a Visiting Scholar at Stanford University’s Center on Philanthropy and Civil Society, and the award-winning blogger behind Philanthropy 2173.

Last year I asked a room full of grant makers to think about a real-world problem they were trying to address with their grant making, then to raise their hands if they thought their foundation could solve that problem by itself. Not a single hand went up.

I view philanthropy’s power like that of an electrical power plant. The energy can have a positive, negative, or negligible impact depending on how it’s handled and where it’s directed.

Here are some thoughts on what helps most in making philanthropy’s voltage a positive force:

Constant learning: The information bombarding funders through “pitches” is incomplete and biased. Funders are better informed when they participate in learning communities and are regularly exposed to more information, perspectives, and strategies.

Diversity: Philanthropy’s historic social ties to wealth, limited racial or gender diversity, and dependence on professionals tend to diminish its relevance to the broader public. Diversifying boards and staffs brings broader knowledge and deeper attention to equity into grant decisions.

Collaboration: Funders have greater potential impact by working with other funders, rather than in isolation. Philanthropy also can provide resources needed for multiple stakeholders to work together towards common goals.

Capacity building: Funders who look beyond one grant cycle are strengthening communities’ own skills at tackling long-term problems.

Use all assets: Foundations have assets beyond grants. They can convene or make mission-related loans. They can express their values as investors, shareholders, and stakeholders in society .

Openness: Philanthropy can’t solve all problems. It can generate information and energy for tackling them, but not enough of this is shared. If philanthropic organizations were simply to share more of the knowledge that grants have helped to create, much more energy would plug straight into the public power grid.

Kathy Sessions is the founding staffer and a director of the Health and Environmental Funders Network.