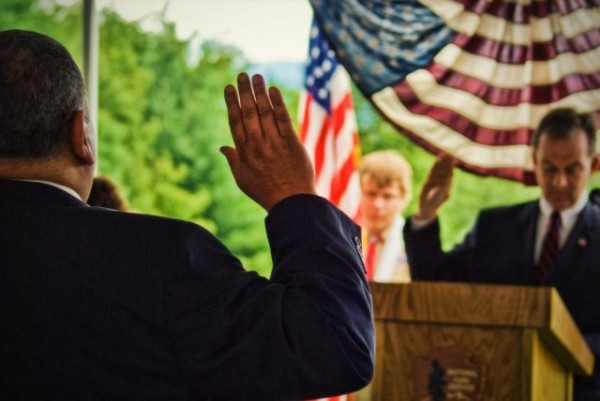 What is citizenship in America? It is a legal status. It is a thing conferred by the accident of birth or by bureaucratic process. It is a cultural concept, and vaguely a racial one. It is an unspoken notion of non-otherness. It is a bundle of rights, and less obviously a bundle of duties. It is an ethical standard for living with others, though one set at neutral, such that the phrase “good citizen” is not redundant. It is, in the end, a boundary.

In my work as an author, speaker, and civic entrepreneur, I have explored the meaning of citizenship in many ways: writings, public convenings, political action. Now, as a fellow at the Center for Social Cohesion, I am adding an artistic dimension to the exploration, creating a performance piece called “Citizen Who” to explore the many dimensions of what a citizen is. Using onstage storytelling supplemented with multimedia sonic and visual elements, this project will incorporate conversations, interviews, and documentary and historical materials to look at boundaries between ethnicities, between nations, and between periods of American history.

I am spending this year engaging in conversations with people from all sorts of places, ranging from the Supreme Court to the streets of Chinatown, from border towns in Arizona to Tea Party meetings in Iowa. I am an omnivorous story-finder, and I plan to synthesize what I discover into a one-act 75-minute civic experience.

This will not be a polemic or a piece of partisan propaganda. I do have a point of view, but not one with a simple label. I believe that we must embrace a more capacious sense of who gets to be a citizen. At the same time, I believe that the content of such citizenship must be more than just a set of privileges conferred by birth or naturalization.

I aim to articulate the values that should attend real citizenship, the skills that need to be cultivated to be an effective citizen, and the obligations that must come with the benefits. I will do this through story, memory, and image in ways that will spark the empathic imagination of our fellow Americans, and increase–in our hearts and minds–a sense of social cohesion in the nation.

I will share updates on my research and thinking here at Zócalo. I also will workshop the piece-in-progress in public settings across the country. The question of citizenship is everywhere around us: in immigration policy debates; in arguments about combatants detained in war zones; in the calls from the Tea Party to shrink government; in the Occupy/99 Percent refrain to stop treating corporations as persons; in the acts of both sides to reclaim the process of self-government from hyper-powerful elites.

But many of these disputes offer mainly contention without enlightenment, and they ask too little of us. The extent to which citizenship requires duty, let alone sacrifice, is obscured in the minds of most Americans. It’s long past time to get some clarity on whether our notions of citizenship are mainly about gain and not pain–and whether these notions are sustainable.

Recently, I organized a conference on citizenship that included a naturalization ceremony. Thirty people from 17 countries became United States citizens. It was a 90-minute experience that left the other 500 people in the room moved–and almost embarrassed–at how much we take for granted.

The next day, we closed the conference with a different kind of event–what we called a “Sworn-Again American” ceremony. This was a chance for American citizens to recommit, to renew their appreciation for their rights and responsibilities. At the end, we sang and took an oath. Each of us pledged, solemnly, to live like a citizen.

What does that mean? Who decides what the content of our citizenship is? These will be the questions that guide the “Citizen Who” adventure. I hope you’ll join me.

Eric Liu is a fellow at the Center for Social Cohesion and author of several books, including The Gardens of Democracy, Guiding Lights, and The Accidental Asian. He was a speechwriter and later deputy domestic policy advisor to President Bill Clinton. He founded and runs the Guiding Lights Weekend conference on creative citizenship. Liu visits Zócalo on Thursday, April 5, 2012 to ask “What is Citizenship For?”