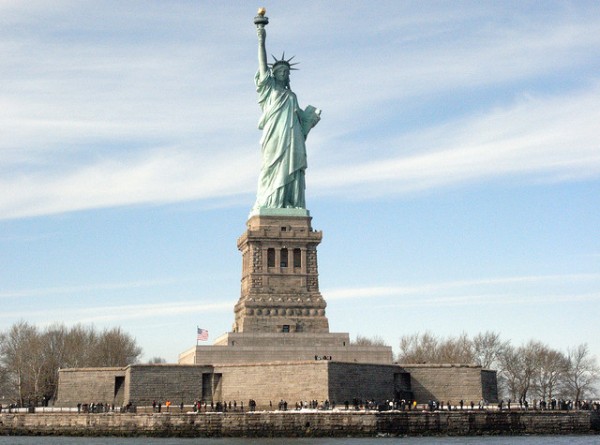 Some people are born with American citizenship. Some people have to earn it. Either way, most of them recognize they have something to feel fortunate about. But should they feel a greater sense of duty? In advance of the Zócalo event “What Is Citizenship For?,” we asked Americans in different walks of life to offer some thoughts on this question. What should we expect of American citizens?

Citizens should show fealty to our values

Some scholars see birthright citizenship as the 21st century’s version of aristocratic privilege. Once, a small, landed gentry bequeathed its children noble titles, vast estates, and immense political power. Now, the citizens of a few rich democracies bequeath their children citizenship and, with it, a legacy of liberty and degrees of wealth almost unthinkable for most of the world’s population. Inheriting the office of citizen in an advanced democracy is tantamount to inheriting a noble title. The proportionately tiny elite that comprises the citizenry of all advanced stable democracies monopolizes the world’s political and material resources. Yet the odds of winning the lottery and being born with citizenship in one of these countries are low.

What would happen if no one could take citizenship for granted and we would have to “citizen-ize” ourselves through our own actions, throughout the course of our lives?

Throughout almost the entirety of U.S. history we have asked would-be citizens, those without birthright citizenship, to meet a simple but powerful set of standards. The formula goes something like this: residency (5 years)+ good character + civic knowledge = citizenship.

I interpret this formula to say that the people we allow to naturalize must prove fealty to our values. While we need larger-than-life heroes to fight wars and lead us, we expect our citizens to be everyday heroes, following laws, staying informed, and contributing their hard work, friendship, and common decency to our shared civil society.

Elizabeth F. Cohen is associate professor of political science at the Maxwell School of Citizenship and Public Affairs. She is the author of numerous articles on immigration, naturalization, and citizenship, as well as the book Semi-Citizenship in Democratic Politics (Cambridge University Press, 2009).

Citizens should do three easy things

I admit it: we civic-engagement junkies sometimes get carried away with our expectations of regular folks. For many people, life doesn’t leave time to be the “perfect citizen.” And frankly, many question whether such a time commitment has sufficient impact to justify the opportunity cost. So let’s dial it back and start with three simple, easy actions:

1. Know your neighbors. If you already know some of them, get to know a few more. If you don’t like that idea, remember that you may need them in an emergency, or they may need you …

2. Read the news and know what’s going on around you. Be informed not only of world and national news but also what’s going on in your town–which often requires talking to people (see #1).

3. Do something you believe adds value to your street, your neighborhood, or your town. It doesn’t matter what it is or whether it’s big or small. Help organize a block party; invite someone from the city to come talk to your street about earthquake preparedness; volunteer at a local food pantry; join a neighborhood board. Strengthen relationships, make something work better, have fun.

That’s it. A few easy steps and the Good Citizen Badge is yours. If more of us practiced these locally oriented civic actions, we might be surprised at their transformative power.

I think good citizenship is about deliberation, public work, and relationships. Americans should talk and listen with fellow citizens so that they can learn from one another and develop responsible and informed goals. Meanwhile, they should work together on public problems. “Work” takes many forms, from manual labor to research, and includes running a business in a way that strengthens the community. Their deliberations should inform their work, and vice-versa. Finally, in talking and working together, they should form durable relationships that are a source of civic power.

Peter Levine is director of research and director of CIRCLE (Center for Information & Research on Civic Learning & Engagement) at Tufts University.

I don’t think of active citizenship as a “set of duties” as much as I regard it as both a process and an experience. At a fundamental level, citizenship is about playing an active role in creating the community in which you want to live, play, and work. That can take many forms. It can be looking out for your neighbors. Attending community meetings. Volunteering your time. Giving your money. Voting. Leading campaigns. It’s about choosing to care and doing something to demonstrate that.

I recognize that my definition, though, presents two inherent challenges. The first is that there needs to be something you’re working toward–an end goal or ideal state, not just engagement for engagement’s sake. And that end goal must include people who don’t necessarily agree with you, which passionate people aren’t always the best at doing. The second challenge, which rises naturally out of the first, is that is we don’t always have a common definition of what words like “care,” “better,” and “common good” mean. I think, by design, active citizenship needs to be a personal definition and process, but institutions and concerned citizens need to figure out the best ways to support that individual process in a way that brings people together for shared purpose and doesn’t lead to greater fragmentation and polarization of our society.

Kristen Cambell is chief program officer of NCoC (the National Conference on Citizenship).

As an immigration attorney and a relatively new US citizen myself, I know that the ultimate goal of most of my clients is to become a US citizen. Why? Because the American Dream is not a myth. Not even in a recession.

However, once you do become a citizen, is that the end of the road? Not at all. That is when the real responsibilities begin. They involve paying taxes, jury duty, obeying the law, and signing up for selective service. Then there are common voluntary duties–such as voting. Yet are these duties enough?

In my opinion, citizenship carries a lot more responsibilities and should encompass the values of being a good person. You should care about the rights and privileges of citizenship that have been acquired with great endeavor. So defend them. Defend and protect rights that the Constitution has bestowed on you–not just for yourself but for fellow and future citizens. Future citizens have the same desires that you had once upon a time. You should also care about society in general and the politics within it.

So, care. Care about yourself, your family, your neighbors, your community, and your country. Care about the world. Be a world citizen and thus a good American citizen.

Tahmina Watson is an immigration attorney and founder of Watson Immigration Law in Seattle Washington. She can be contacted at tahmina@watsonimmigrationlaw.com