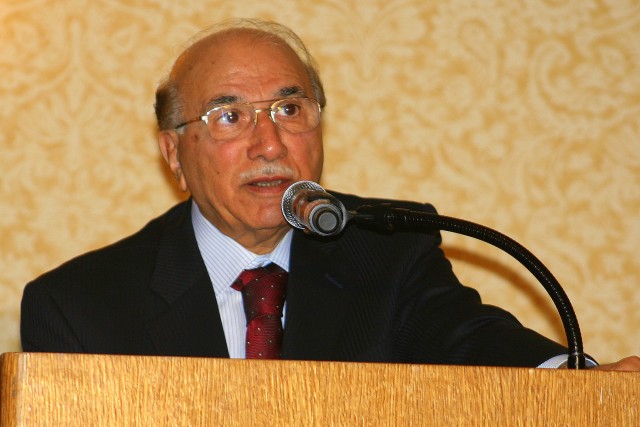 Earlier this summer Medhat al-Mahmoud, the chief justice of Iraq and president of the Iraqi Higher Judicial Council, came to Arizona to speak at the annual conference of state judges and at the state bar association’s yearly meeting. His presence was something of a surprise to most in the audience given how disconnected Americans have become from Iraq and our nation-building adventures there.

Nearly a decade after the American invasion unseated Saddam Hussein, there remains a marked divergence of understanding between Americans and Iraqis about what has occurred in Iraq in recent years. Americans know that thousands of U.S. soldiers lost their lives and many thousands more have been seriously wounded, but they tend to overlook the fact that hundreds of thousands of Iraqis were killed and over five million forced to flee their homes to escape violence. The social impact of this level of daily conflict is difficult to convey or comprehend and remains largely unacknowledged in our country.

The visit of Justice Medhat (as he likes to be called) was designed to remedy this. His audiences included about 500 judges, virtually the entire Arizona judiciary, from the justices on the Arizona Supreme Court to local officials in small rural communities. Few came knowing much about the Iraqi courts, even though the U.S. invested billions in rule of law projects.

Looking like a kindly grandfather, the short, soft-spoken Justice Medhat addressed nuts-and-bolts issues such as budgets, disciplinary proceedings, trainings, promotions, and the daily struggles of managing a complex bureaucracy. While many administrative issues were similar, the comparisons were humbling for the Arizonan jurists. While they might complain about strained budgets, heavy caseloads, and ongoing struggles with the state legislature, Justice Medhat matter-of-factly pointed out that 181 members of his staff (49 judges and 132 court administrators) had been killed and many more injured, kidnapped, wounded, and brutalized. Even the highest-ranking figures faced constant threats. Justice Medhat himself remained in his position after his son was assassinated, shortly after becoming a father himself.

During this difficult and tragic time, when few Iraqi families were untouched by the violence, the country drafted a new constitution, reconstituted virtually every aspect of its mechanisms of governance, held substantive democratic elections, and redefined the relationship between the state and the public. Law has been central to every aspect of this process. While these changes are ongoing and the nation’s future remains uncertain, the refashioning of the judiciary is widely recognized as a success story, albeit one that few Americans know much about.

Shortly after the fall of the prior regime in April 2003, there was widespread chaos and looting in Iraq, following the dismantling of the army, police, and other institutions of state authority. Justice Medhat helped rally other judges and officials to convince them to return to their offices (particularly in Baghdad and other cities), if only for short periods to “send a message to the citizenry that the institutions of the State were being restored.” There were plans by the occupying authorities to disband the judiciary just as was done with the army and various state-run businesses. Through the actions of Justice Medhat and others, the judiciary was preserved, although many high-ranking Ba’ath Party officials and judges linked to past abuses were removed.

In June 2003, Justice Medhat was named the interim Minister of Justice. He set about guiding the legal reconstruction of Iraq following decades of authoritarian rule. Saddam Hussein and the Ba’ath Party used the law as a key tool for repression, creating special courts and proceedings linking surveillance, abuse, and the brutal targeting of those seen as enemies of the state. Despite this recent history, Iraqis still view their national identity as bound to a respect for the law. They commonly draw attention to their status as the “birthplace of law” through the Code of Hammurabi, which defined key aspects of social order, including criminal punishments and rules for contracts, almost 4,000 years ago.

By September 2003, Justice Medhat was able to engineer a formal separation of the judiciary from the executive branch through the creation of the Higher Judicial Council. By 2005 the Federal Supreme Court was created. During this time, Justice Medhat played a central role in major law reforms, including tripling the number of judges and public advocates, overseeing a ten-fold increase in their salaries, creating special Judicial Investigation Offices to receive direct citizen complaints, and establishing a Judicial Development Institute to provide judges and others with continuing education. Iraq has experienced a substantial increase in legal cases filed before the courts (there are now over one million lawsuits in Iraq), and judicial decisions can be reviewed on a publicly accessible website.

Reforms were implemented under dangerous and difficult conditions, especially from 2005 through 2008, the worst years of the violence. Under a situation often described as civil war, going to work each day in much of the country involved risking one’s life. Many of Iraq’s lawyers and judges fled the country with their families, along with substantial numbers of trained professionals in every field. Yet the chief justice and others remained in Iraq.

At an early stage in the nation’s reconstruction process, Justice Medhat wrote, “Judges enjoy a highly revered stature in the people’s minds … due to the role they play in preserving social equilibrium … Being the custodians and guardians of the people’s rights, freedom, and dignity, they deserve the great veneration and esteem the people bestow on them.” Within the current American political environment, it is difficult to voice claims of honor and profound respect when referring to state institutions other than those involved with security, such as the military. Yet, in one of the most violent countries in the world, a committed group of legal professionals have built a system in which such statements are more than empty rhetoric. They have shown that it is worth risking one’s life to establish a state that respects individual freedom and the rule of law.

Justice Medhat’s presentations were a sobering reminder of our own stated values and principles, even if delivered by a man from a distant country from which Americans seem increasingly disengaged.

Daniel Rothenberg is the Executive Director of the Center for Law and Global Affairs at Arizona State University’s Sandra Day O’Connor College of Law.