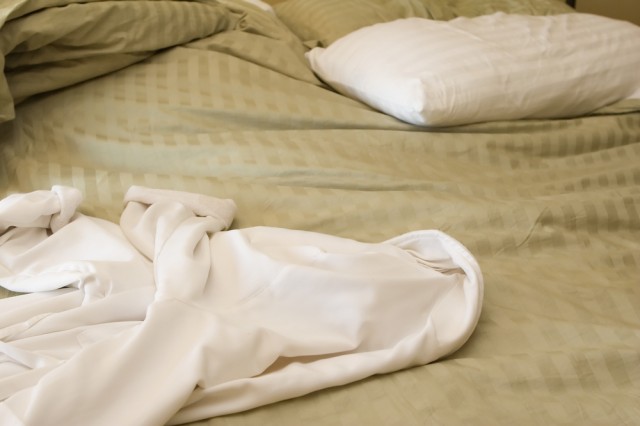 Jan and her boyfriend rented movies,
stayed up all night, and made love after each film.
This, to Jan, was sublime: sex with the afterimage
of a blue car driving past orange shop windows,
mannequins illuminated by headlights
through the slow back-and-forth of wipers.
Two hours later, the black-and-white grain
of concrete panned by searchlights
as a man struggles over the Berlin Wall.
Near morning, a handful of skaters crisscross a lake
on the outskirts of a mining town, no soundtrack
but the thresh of blades on ice.

3
Patrick died in his bed in his pajamas,
his son brushing strands of white hair
from his forehead, his wife on his right
holding his hand, his mistress on his left
holding the other, his eyes staring
at the ceiling, a Prime Minister
enjoying the brief unity
his Parliament grants him,
now that the war has begun.

4
The art studio was near the ocean, across from the zoo:
at night Alison could hear the lions and the surf.
Once she got in through a back gate after closing
and watched the flamingoes sleep, black beaks
curved into their breasts,
and realized she couldn’t love Beth anymore.
It was because of the edge, the scent, the watershed:
the carved, the damp, the effulgent-
everything that was part of her now.

5
The gold of the silk-screened snow
on the card still on Tina’s dresser, the gold of the sun
that rose as she ground her coffee, the gold
that burst from the barrel as she pushed
the trigger with both thumbs, the gold threads
of the blanket they found her curled on,
knees tucked up so she would fit
within the green, symmetrical borders.

6
Whenever Enrique was in New York,
he went to see the painting of the almond tree.
If he had to choose between the painting’s destruction
and the death of his own family, of course
the choice would be clear. But what if he had to choose
between the painting and the life of the man
who read his meter through a rusted grate,
or the lives of some chophouse diners
in a distant city? Could he still be sure?
The charged blue of the sky-how it picked up
the branches’ undertones-that was irreplaceable.

7
What surprised Nathaniel was not that there was no God,
nor that he had stopped believing in one,
but that his belief had ceased without his noticing.
How many shades of green there were
in the wilderness, how many evenings in each throat,
how naked the salt lick stood in the city square.

Robert Thomas’ books of poetry include Dragging the Lake, published by Carnegie Mellon and Door to Door, selected by Yusef Komunyakaa for the Poets Out Loud Prize and published by Fordham University. He has received a poetry fellowship from the National Endowment for the Arts and a Pushcart Prize.