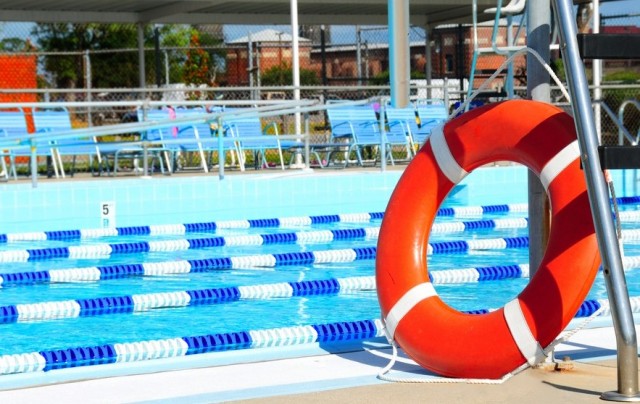 Thank you, South Korean rapper Psy, for asking the mayor of El Monte to give me back my job. I never expected that getting fired from a municipal swimming pool would precipitate an international incident. But now I’m getting ahead of myself.

Let me rewind and explain: when I was a junior at Temple City High School, I took a lifeguarding class with some friends. I thought it would be fun and I’d get to meet girls. It was, and I did. Since our class instructor happened to be the pool manager at the El Monte Aquatic Center, I also came out of the class with a job at the center’s pool, as did four other classmates. I recommend the class.

That was eight summers ago. Now I’m a senior instructor guard, and I’ve taught kids to swim, watched them grow up, and become part of the swim team and dive team. I’ve become friends with parents, lap-swim patrons, senior-swim patrons, and my work colleagues. I enjoy the daily conversation and work. I love my job.

Or, I should say, loved my job.

A week ago, I got fired. That’s where my new ally Psy, the South Korean rap superstar comes in. Psy has a hit song called “Gangnam Style.” Even English-language Los Angeles radio stations have been playing it regularly–it’s a worldwide sensation. We’d play it at the pool a lot. It’s so catchy that we’d often see swim patrons trying to do dance moves from the video. See if you don’t do a bit of a shimmy yourself.

Now, I don’t know who first had the idea to make a tribute video to “Gangnam Style” with us lifeguards in it, but we’d had a great summer, and it was a nice way to commemorate it. Certainly, no one expected a homemade video in a pool setting with a lot of lifeguards boogying to “Gangnam Style” to get 1.3 million hits on YouTube, but Gangnam is the gift that keeps on giving. If you haven’t seen the El Monte Aquatic Center’s artistry yourself, join the millions who have.

My own role in the dance-a-thon was, I admit, small. Perhaps my grinding abilities were seen as subpar. I didn’t even know anyone was making a video–or that the video would have footage of me–until it came out on YouTube. But I do appear, for a half a second, in a clip that repeats four or five times. (I’m the white guy in sunglasses who keeps being flashed in over the words “Gangnam Style.”) Michael Roa, who produced the video, did some very funny work.

But one lesson I’ve since learned is you can’t count on municipal supervisors to have the same taste in humor as lifeguards. I didn’t have a great feeling when Alexandra Lopez, the director of parks, recreation and community services, summoned us lifeguards individually to her office. When I walked in, I saw our that recreation supervisor, Victoria Burl, was there, too. They were sitting at a desk with some papers and our staff manual in front them. There was a long silence. None of this portended a fun meeting.

Lopez asked me to read a few passages from the staff manual. I dutifully reviewed the pool’s policy on uniforms (not to be used in non-work-sanctioned activities), facility use (not to be used at non-sanctioned times), and our employment policy (at will, meaning you can be fired whenever the boss likes). Lopez then told me she’d seen me in the YouTube video and that the video was disgusting and embarrassing. She didn’t add “funny” to that list.

Burl said that my services were no longer needed and asked for my keys. Then Lopez and Burl escorted me downstairs to retrieve my belongings and walked me out the building. Twelve other friends of mine had the same experience.

It hurt to be fired from a job that has been part of my life for most of the past eight years. But it was also strange. Pool employees have committed far worse offenses and just undergone a standard protocol of write-ups, suspensions, and so forth before being fired. In the video, we were doing what we do at the pool–having fun, engaging with each other and the wider world, and, in my view, reflecting the spirit of a fun, welcoming place for people of all ages.

Fortunately, I’m not the only one who seems to feel that way. The local community and even people from around the world have expressed support for us. Plus, of course, Psy. That’s been gratifying. And overwhelming. On Tuesday, those of us who were fired are going to appear before a meeting of the city council and have our case reviewed.

I still don’t understand why we were let go. Maybe it was just panic. Or maybe my supervisors were jealous about some of the sexy dance moves. Whatever it was, I hope City Hall comes to our rescue. If we get our jobs back, I promise to ask for permission to be involved in any future video tributes to Korean rap stars. Also, to my new friend Psy, should you ever be in El Monte’s aquatic center there’s a complimentary diving lesson with your name on it.

Daniel Surmenian is a former lifeguard in El Monte.