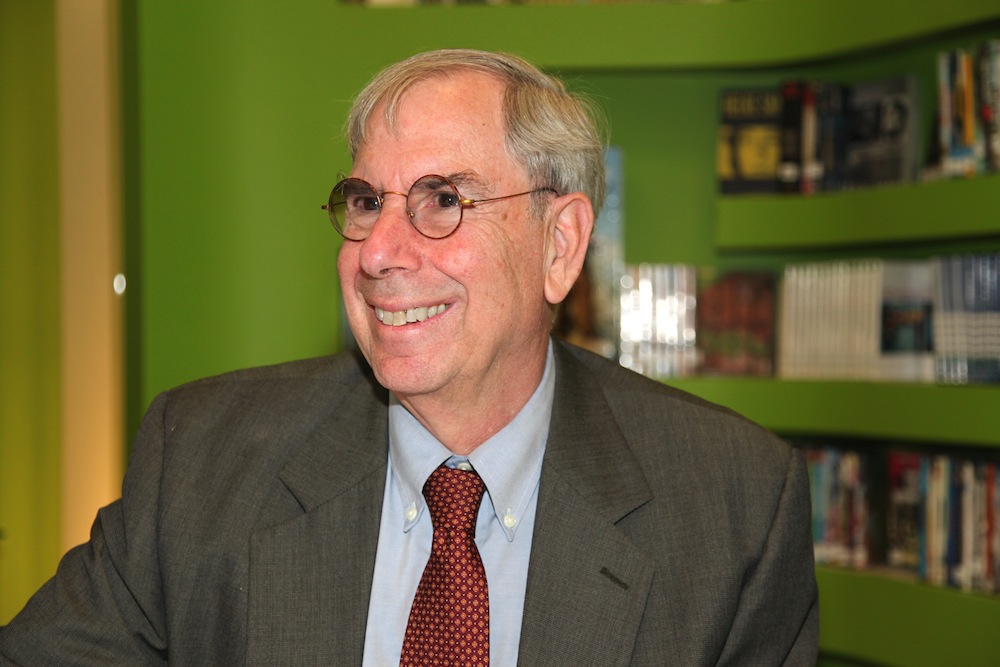 Jeffrey Frank is the author, most recently, of Ike and Dick: Portrait of a Strange Political Marriage. Previously, he was an editor at The New Yorker and The Washington Post; he has also published four novels and, with his wife, translated from the Danish The Stories of Hans Christen Andersen. Before discussing whether we should rethink Richard Nixon, he proffered up to us his own hypothetical campaign slogan, his most beloved musical, and the Danish phrase he uses most often.

If you had a campaign slogan, what would it be?

Trust me! I’m good for you!

What’s the best gift you’ve ever given someone else?

I’m off the sauce now. Probably a chocolate mousse from some great restaurant.

“Det er hyggeligt.” “This is very comfortable, this is very nice.” It’s kind of a cliché, but I use it a lot.

If you could legalize any crime, which would you choose?

I would completely decriminalize any kind of drug use, I suppose.

Probably just walking around, thinking. Or sitting at the computer.

What’s the most valid knock on Washington, D.C.?

There are so many! Probably that nobody loves the place. People love New York who live there; people don’t love Washington. And that’s a horrible thing to feel about a place where you’re living. I’m speaking as someone who grew up there.

South Pacific. I just saw the revival a year ago.

Who’s the most underrated U.S. president?

It keeps changing. For a long time I thought Eisenhower was, but now it’s very fashionable to like him again. That’s a very, very tough one. We’ve had so few really good ones.

What’s on your nightstand right now?

I’m reading a book by Peter Stamm called We’re Flying. And I’m reading a little bit of Michael Dobbs’ history called Six Months in 1945, about the beginning of the Cold War.