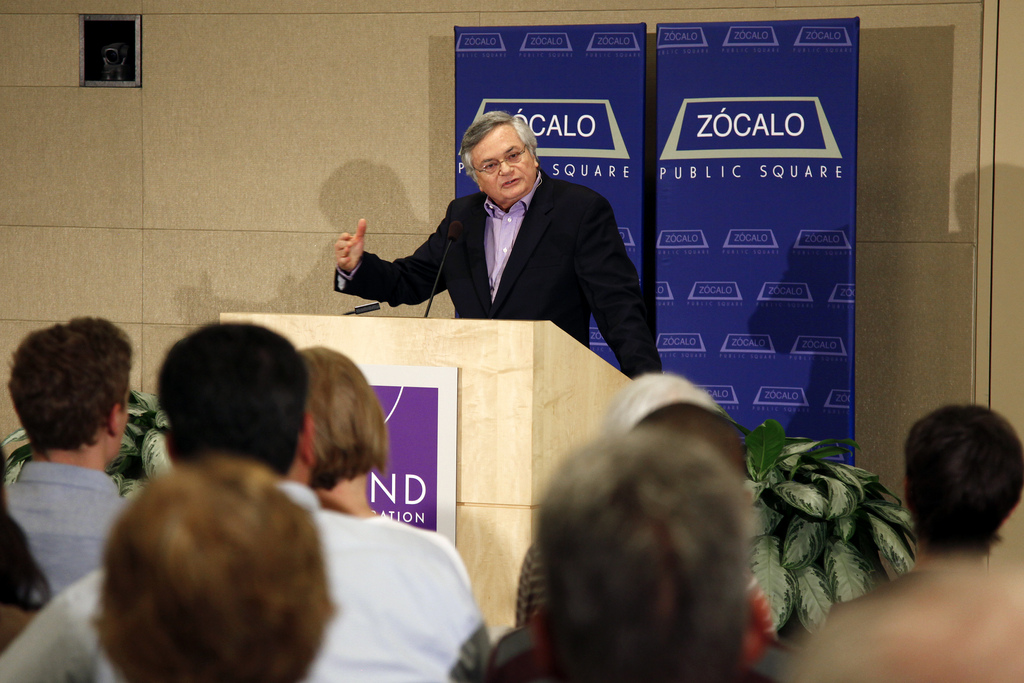 Fierce contests for and enormous shifts in power are happening all across the world and all around us—whether it’s wars for control in the Middle East or shifts in power from men to women. But former Foreign Policy editor-in-chief and World Bank executive director Moisés Naím, author of The End of Power: From Boardrooms to Battlefields and Churches to States, Why Being In Charge Isn’t What It Used to Be, believes these conflicts and movements are masking a more profound change in the way power is wielded in our world. “Power,” he told a full house at the RAND Corporation in Santa Monica, “is decaying because it’s easier to get, harder to use, and easier to lose.” As power changes hands today, the victors are finding that they can do less with it than their predecessors could.

Look, for example, at the military. “Big budgets do not buy and do not guarantee national security anymore,” said Naím, pointing to the low estimated cost of the 9/11 attacks (half a million dollars) versus the cost of their aftereffects (trillions). Fighting a weaker opponent no longer ensures victory; in asymmetric wars from 1850 to 1949, 12 percent of the time, the weak side won. In the years after 1950, that number rises to 55 percent—meaning the weak side has the advantage.

We can see these same shifts in national politics, said Naím. Today, half the world is under the rule of elected governments, and life is becoming increasingly hard for tyrants and non-democracies, whose numbers are plummeting. Within democracies, government is increasingly split between the executive and parliamentary branches—creating what political scientist Francis Fukuyama has called a “vetocracy” in countries like America. There are lots of small power centers with the ability to block and dilute decisions but not to enact a productive agenda.

Corporations and religions aren’t immune to these trends, either. CEOs are being fired at unprecedented rates, and large companies’ positions of strength are more precarious than ever. In 1990, the probability that a company would have a brand-impairing accident was 20 percent; today, the probability is 82 percent. Exxon shares dropped 4 percent in four months after the Exxon Valdez disaster; in 2010, BP’s shares dropped by 13 percent in seven trading sessions after the Deepwater Horizon oil spill. And the Catholic church is losing the market share for souls all around the world, with half a million Catholics abandoning ship every year.

Why is this happening? The most common explanation is the Internet and social media, but Naím said that there are three additional factors in play: what he calls the “more revolution” (the age of abundance and profusion we’re living in), the “mobility revolution” (the speed with which goods, services, people, and ideas moves), and the “mentality revolution” (we no longer follow tradition or custom just because something’s been done the same way before).

In the question-and-answer session, an audience member asked Naím to explain the practical consequences of the decay of power.

There are positive effects, said Naím: our world offers “more opportunity for excluded groups, for voters, for entrepreneurs, for individuals,” and provides less security for monopolies and tyrants. But politically, it’s dangerous because situations like “vetocracies” are creating massive disappointment and frustration with governments—leading, in some cases, to people searching for a “strong-fisted savior” and in other cases to governments with weak mandates that can’t act on an international level.

How, another audience member asked, would Naím address the problem of gridlock in America’s Congress?

He believes that political parties need to recover from the past few very bad decades. Young people and activists don’t want anything to do with our bipartisan system. The parties need to bring them back in and make them more alluring and enticing to the people who want to change the world.

Naím was also asked if he would advocate a strong world government in order to solve global problems like climate change and population growth.

We need collective action, said Naím, but our current structure in the United Nations isn’t conducive to solving big problems. Instead of bringing together 192 countries, we should bring together “the smallest number of nations that have a bearing on the problem” at hand, said Naím. “Put them in a room and try to get a solution or agreement out of them.” Then invite the rest of the world to join. Yes, it’s an exclusionary solution that reeks of colonialism—yes, it decreases democracy. But, he said, but when it comes to answering enormous question, the choices are between the horrible and the more horrible. 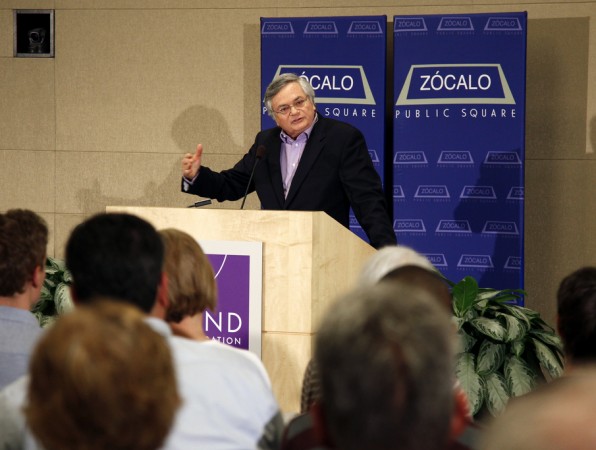 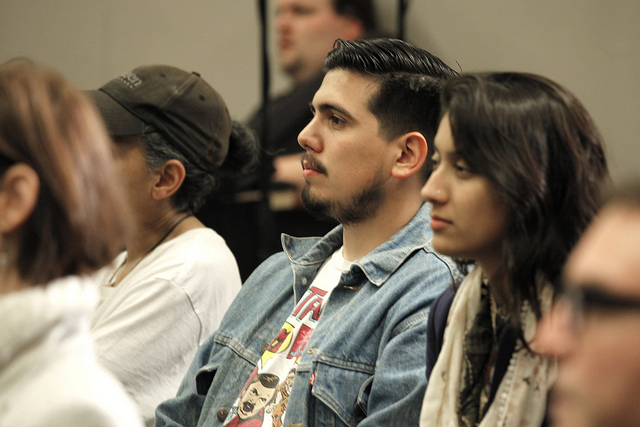 Audience members at the RAND Corporation 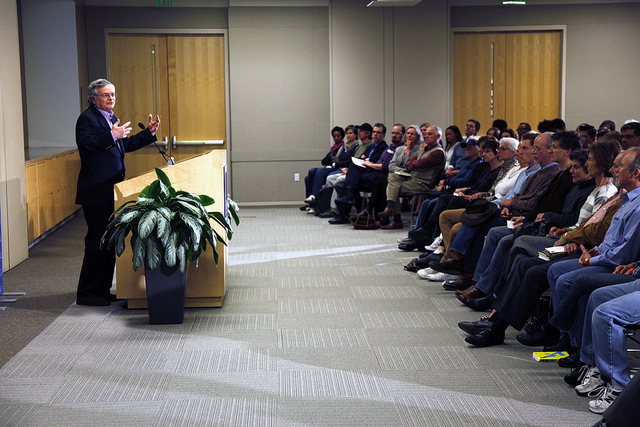 Naím spoke to a full house 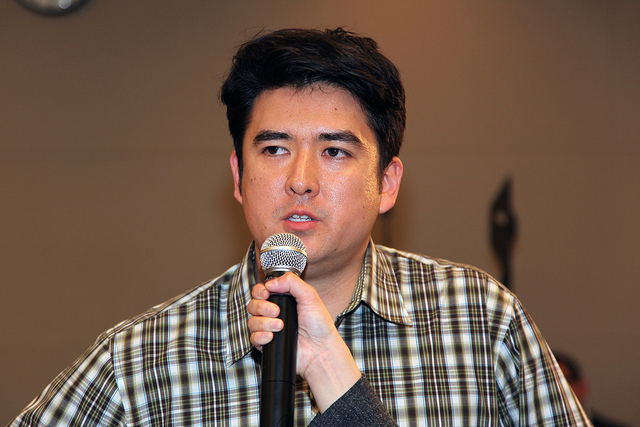 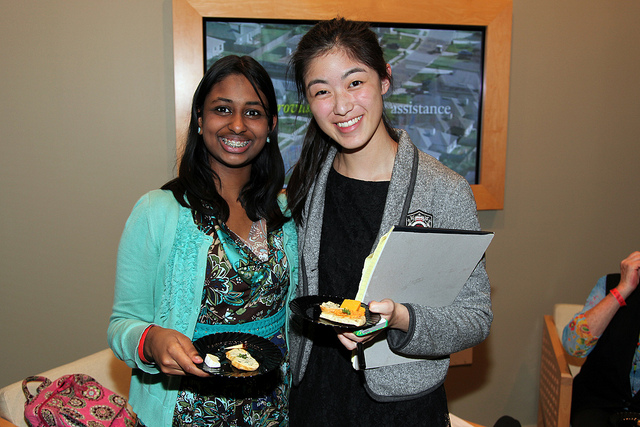 Enjoying refreshments at the post-game reception 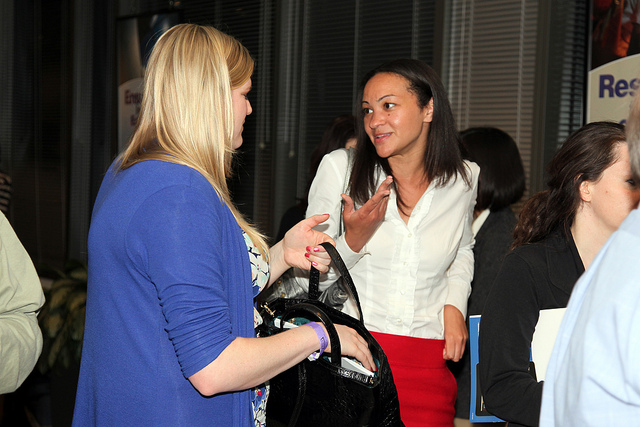 Audience members chat after the lecture