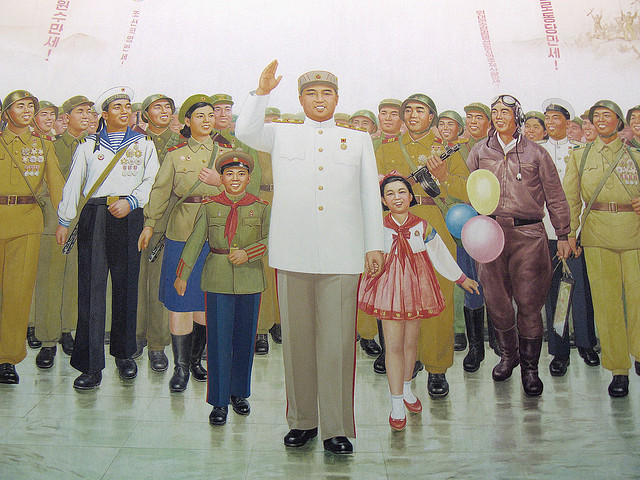 It’s not as important as engaging with people

Charisma is key—but we can all be charismatic

It was a bigger deal when leaders got more face time

Beyond achieving results, what do great leaders have in common? Charisma is one trait we tend to agree can draw people in and inspire them to do great things—but we’re not quite sure what good it does beyond that. After all, psychopaths are charismatic, too. And there have been plenty of people who have led by example rather than relying on personality. In advance of the Zócalo event “Would Better Leaders Fix Our Problems?”, we asked a number of writers and thinkers who study leaders and management, how important is charisma to good leadership?

Charismatic leaders like John F. Kennedy, Ronald Reagan, and Aung San Suu Kyi certainly get attention with their magnetic personalities and inspirational messages, but some of the most effective leaders in history were pretty colorless by comparison. Mother Teresa and Bill Gates come to mind. Charisma, which scholars of leadership define as the ability to attract, charm, inspire, and influence followers, certainly can be an asset. Leaders who have it infuse followers with a sense of purpose and meaning, inspiring devotion, perseverance, and sacrifice. They draw people to themselves, and often become famous, because of their strong personalities.

But charisma has a dark side: the risks of an ever-expanding ego, delusions of infallibility, and a sense of invincibility. In the worst cases, when charisma is detached from moral values, it foments a worshipful adherence through which evil proliferates unchecked: Think Hitler. Even in milder cases, a leader’s charisma can blind people to serious deficiencies and flaws (think Jeff Skilling of Enron). Essentially, charisma can add extra punch to a good leader or a bad one—multiplying their impact either way.

But what makes leaders most effective doesn’t have much to do with charisma: the ability to seek, accept, and integrate information from disparate sources; the creativity to use that information to formulate a vision of a desired future state; the ability to communicate the vision in terms that connect with people’s hearts and minds; the skill to unify people in figuring out how to achieve those goals with disciplined execution; and the wisdom to keep everyone motivated by enabling small wins along the way. My research over the past decade has shown that leaders’ seemingly mundane day-to-day actions are what matters most. It’s the little things that show people basic respect and ensure that followers have the clear goals, autonomy, and resources they need to make consistent progress toward something that matters. Pedestrian as it may be, that’s the real meat of leadership. The panache to bring the crowd to its feet with a rousing speech at the annual convention is just … gravy.

Teresa Amabile is a professor at Harvard Business School and co-author of The Progress Principle: Using Small Wins to Ignite Joy, Engagement, and Creativity at Work.

It’s not as important as engaging with people

The famous German sociologist Max Weber noted that charismatic leaders are “superhumans” who have the ability to turn people into devoted followers. It’s easy to understand why, in politics and corporate life, we are eager to find charismatic superstars. But I want to add a word—three words—of caution: Hitler, Stalin, Mussolini. Charismatic leaders can be so seductive that their followers are prepared to do things they should not.

In other words, charisma can be a component of good leadership, but it can also have the opposite effect. So the real question is whether good leadership can happen without charisma. In a study of 100-year-old companies, I compared 97 CEOs from successful companies with 127 from weaker competitors and found that there is an alternative. Successful leaders were not necessarily the most charismatic, but they were prepared to listen and engage with their employees to a much greater extent than the leaders of weaker companies. As early as 1833, the leader of Lafarge, a French cement producer, spent substantial time at the plant to learn more about production from the workers. In addition, I noted that only 3 percent of the successful CEOs were outsiders. Those who had spent years in a company were able to tap into their widespread networks to engage with people and eventually convince them of a promising new direction.

You’re more likely to win the lottery than to pick the next Steve Jobs to run your organization. But the best thing you can do is look for an insider who is prepared to listen and engage with people.

Christian Stadler is an Associate Professor of Strategic Management at Warwick Business School, UK and the author of Enduring Success: What We Can Learn from the History of Outstanding Corporations.

Charisma is key—but we can all be charismatic

My colleague Barry Posner and I have spent 30 years asking people the same question: “What do you look for and admire in a leader, someone whose direction you would willingly follow?” For 30 years people have been giving us the same answers. The vast majority of people want their leaders to be honest, forward-looking, competent, and inspiring. The first three traits establish a leader’s credibility. But in order to get people moving in a common direction, they need a leader who inspires them—someone who’s uplifting, enthusiastic, energetic, and optimistic. They want leaders who remain passionate despite obstacles and setbacks. They want leaders who express a belief in others and a can-do attitude. Optimal performance cannot be achieved when people feel negatively about their efforts or their leaders. Emotions are highly contagious, and to make extraordinary things happen, people must feel positively about themselves and the difference that their efforts can make. People often describe leaders who have a magnetic and positive effect on their followers as charismatic. But charisma has become such an overused and misused term that it’s almost useless as a descriptor of leaders—in part because it makes inspirational leadership seem unattainable by average mortals. What is more useful is to look at the behaviors of people we perceive to be charismatic. Social scientists have found that the people we call charismatic are simply more animated than others. They smile more, speak faster, pronounce words more clearly, and move their heads and bodies more often. Charisma, then, can better be understood as energy and expressiveness. And that’s something that we all have and can exhibit when we feel passionately about a cause. Being upbeat, positive, and optimistic offers people hope. When people are worried, discouraged, frightened, and uncertain about the future, the last thing they need are leaders who feed negative emotions. Instead, they want leaders who, in words, demeanor, and actions, motivate them to overcome their doubts and fears. None of this is of any value if leaders don’t truly believe in what they’re saying. If they’re not excited about the possibilities, how can they expect ­others to be? The prerequisite to inspiring others isn’t charisma, then, but genuineness—and the first place to look for inspiration is in your own heart.

Jim Kouzes is the Dean’s Executive Fellow of Leadership, Leavey School of Business, Santa Clara University and the coauthor with Barry Posner of The Leadership Challenge. More of their work can be seen at www.leadershipchallenge.com.

It was a bigger deal when leaders got more face time

Leading and managing in today’s changing business environment is tougher than ever. We’ve talked about charisma for decades and at times have thought it critical to effective leadership. But while it’s helpful to have, charisma is not a necessity today thanks to the tremendous variety of effective communication channels and styles.

From an employee perspective, today’s leaders have to manage multiple generations of workers with values, interests, and needs that often conflict. From a customer perspective, today’s leaders face greater expectations and less certainty than ever. “Good enough” doesn’t even come close anymore. We have an enormous number of choices, less tolerance, more self-interest, and a dramatically different definition of customer satisfaction and loyalty.

Not too long ago, leaders issued directions in person, face to face; charisma helped because it created a sense of an engaged relationship with their followers. But today, people not only don’t want to be managed; in most cases, they simply won’t be managed. Today’s employees want to be led. They want to participate and engage in every aspect of their job. But more often than not, they’re getting less face time with their bosses than they would have in the past. Creating a two-way relationship is both more critical and more difficult than ever, especially considering that many knowledge workers today know more about what they are doing than their bosses do.  At the same time, employees don’t want to be motivated by a slick presence and are often more cynical of such.  Charisma can both help and hinder in building these two-way relationships.

Rather than focusing on charisma, then, in today’s “guide and inspire” environment, leaders would be better off focusing on a broader skill set that includes the ability to continually learn and unlearn; broadening of perspectives; improving communication skills—perhaps most importantly, listening; and thinking both strategically and globally.

Holly G. Green is CEO of The Human Factor, Inc. She is author of More Than a Minute: How to be an Effective Leader & Manager in Today’s Changing World. Her newest book, Using Your Brain…to win in today’s hyper-paced world, is forthcoming.