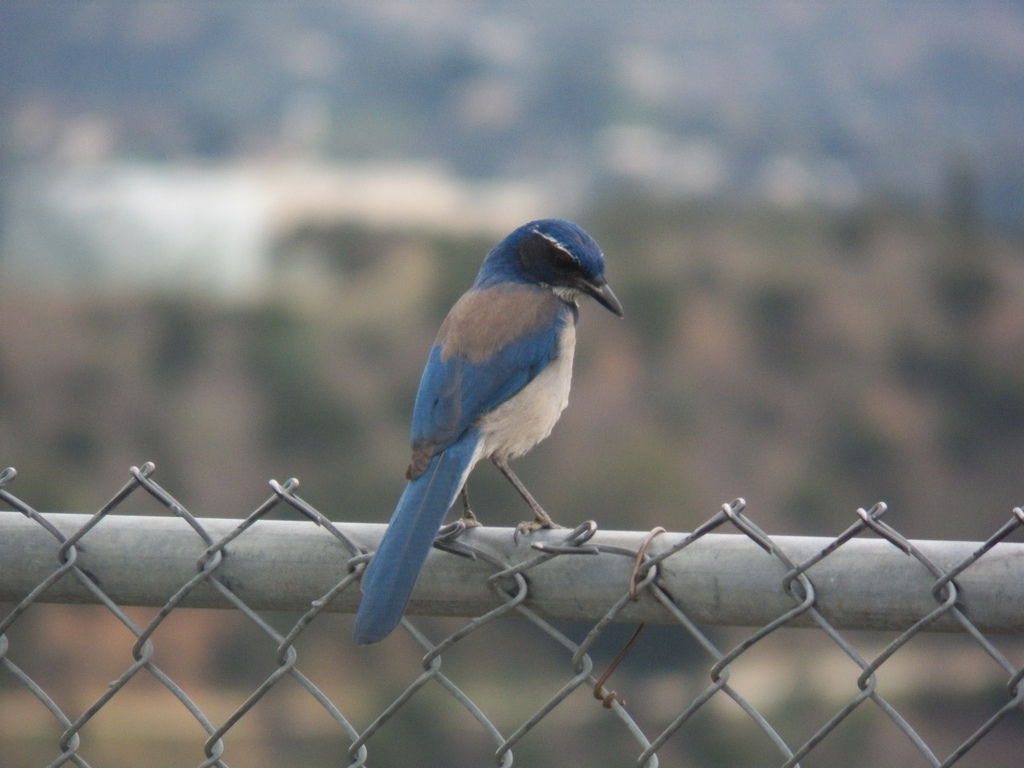 The first thing you notice when you step out of your car in the dusty parking lot is that your cell phone has no reception. The second thing you notice is the silence. Or rather, you notice that the city—cars, traffic, concrete—has been replaced with wilderness. It’s Nature with a big N: trees, brush, creeks, waterfalls, wildflowers, and all manner of bird, bug, and beast. Not a Starbucks in sight.

Malibu’s Solstice Canyon is just a half hour’s drive up the Pacific Coast Highway past Gladstone’s, but is worlds away from our more civilized hiking spots, like Runyon Canyon or Griffith Park. Hiking here, it’s easy to forget that Los Angeles is home to some 4 million people and 2.5 million cars. I was wandering through the canyon’s trails recently with my friend Michelle, when I came face-to-beak with the unexpected awareness that I was a stranger in my own backyard.

About 10 minutes up the trail we came across the remains of the oldest existing stone structure in Malibu, the Keller House, first built in 1865. The cottage stood for more than a century before the Corral fire in 2007 reduced it to just a few crumbling walls and a foundation. What remains of the house has since become overrun with greenery. The plants squeezing up through cracks in the stone reminded us, as ruins often do, that everything we build is temporary. I was contemplating the tenuousness of the human endeavour when, suddenly, a bird startled us. Its grayish white underbelly contrasted its brilliant, almost iridescent blue wings and head.

I knew that the bird couldn’t be a blue jay. Blue jays don’t live in Southern California, or really west of the Rockies at all. It was a bird, to be sure, and it was blue, but a blue bird does not a blue jay make. I wasn’t sure what kind of bird it actually was, and it felt painful being confronted with my own ignorance.

My pain resulted not just from the fact that I was born in Los Angeles, or that I’ve hiked these mountains since I was a kid. My pain was a product of embarrassment: I’m supposed to be a bird expert. I write regularly about animal behavior, about wildlife and conservation. I had just completed my doctoral dissertation—on bird behavior. If anybody should be able to identify local wildlife, it’s me.

I did my best to enjoy the rest of the day. “It isn’t a blue jay, but I’m not sure what it is” was not a satisfying response, but it’s the only response I had. I had set out for a nice Sunday hike, and ended up instead facing an existential question about my early education. To whom was my failure at wildlife identification attributable? And, for that matter, just why was it so upsetting?

It’s probably unfair to lay all the blame on my elementary or middle school education. But it’s true that while I don’t remember learning anything about local wildlife at Heschel Day School, I do remember a lot about the California missions. Like other Californians who grew up here and took the required California history, I can still recall all sorts of details about the subject of my mission report (Mine was Mission San Carlos Borromeo de Carmelo). But the missions stopped being missions in the first half of the 19th century. Why is my knowledge of the religious and cultural history of the place in which I live so extremely out of proportion with my knowledge of its natural present?

It’s equally unfair to point a finger at my parents. While that blue bird, like me, called Southern California home, its local lineage no doubt went back further than mine does. The bird’s ancestors probably flapped their wings through the same Malibu canyon decades ago when it was a testing space for early space research. My father was born in Brooklyn, and my mother in Paris, both several years before the Pioneer 12 rockets were tested in Solstice Canyon.

Perhaps my lack of wildlife education rests squarely on my own shoulders. Like many children, I was interested in animals, so around the time I was learning about the missions in school, I was also watching copious amounts of nature programming on TV. My teachers were animal experts like Jeff Corwin, Steve Irwin, and David Attenborough. Through them, I ended up learning more about wildlife on faraway continents than I did about the critters who lived in the ready-to-go-up-in-flames scrub brush behind my house in Porter Ranch. I could identify the snakes of the Amazon jungle better than I could identify those I might encounter at summer camp in Simi Valley. I knew more of the trouble facing the Serengeti lions of the African savannah than I did about the mountain lions of the Santa Monica Mountains. I knew how to avoid poison ivy (“leaves of three, let them be”), which doesn’t generally occur west of the Rocky Mountain, but not how to avoid poison oak, which is native to the Pacific Coast.

Understanding something about the plants and animals that spend their lives in our backyards is not just an academic exercise. For one thing, it makes us—and our wildlife—safer. Of the 18 snake species native to Los Angeles, only one is a potential danger: the rattlesnake. This is useful information for when your peaceful nature hike is disrupted by the sight of a snake sunning itself on the trail. A hiker with less wildlife literacy might just throw a heavy rock at any old snake he or she stumbled across—something I’ve seen, and more than once.

The natural world should create within us a sense of place and community. It isn’t a coincidence that we name sports teams after animals, or that every U.S. state has an official animal, if not also an official state bird, insect, or fish. Ignoring local animals is no different than ignoring that family that just moved in three houses down. Improving education about local non-human critters can actually help the human communities that share their space. If nothing else, it helps us learn how to avoid an unfortunate meeting with a meatball-munching bear.

And it’s extraordinary what worlds can open up when you know your wildlife neighbors. Let’s start with that blue bird. Allow me to introduce you to our neighbor, the western scrub jay, Aphelocoma californica.

Western scrub jays typically measure a foot long, beak to tail, and have blue feathers adorning their heads, backs, and tails, with gray and white feathers on the rest of their bodies. They might be seen foraging for grains, nuts, or berries in pairs or small groups. They also hunt insects, small frogs, and lizards, and feast on the eggs or small chicks of other types of birds. Scrub jays are the only non-primate species known to plan for the future, something once thought of as uniquely human. One recent study indicated that they may even have a concept of death; they gather together in a sort of avian funeral when they find another dead scrub jay.

I was surprised at the diversity of species I found when I began to explore the menagerie of animals that, like me, call Los Angeles home. We’ve got mule deer, coyotes, foxes, bobcats, raccoons, and skunks. We’ve got weasels, badgers, ringtailed cats, and black bears. There are too many rabbit, squirrel, mouse, and rat species to name. And that’s just mammals!

We have lots of neighbors in L.A. Isn’t time we met them?