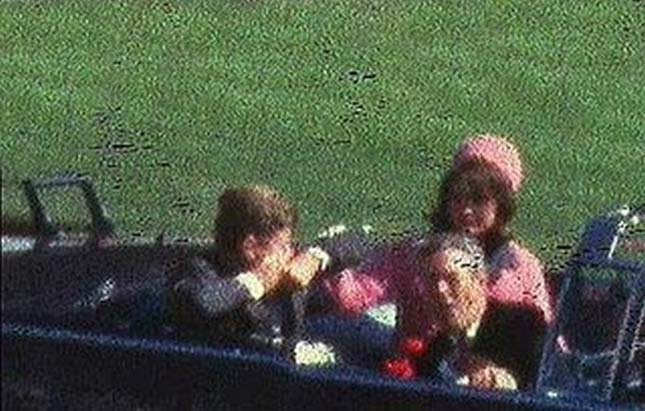 The upcoming 50th anniversary of the murder of President John F. Kennedy by Lee Harvey Oswald has already produced, in addition to thoughtful commemorations of the tragedy, all-too-familiar attempts by some to smear the city in which the crime happened to take place. Not since Archduke Ferdinand was killed in Sarajevo nearly a century ago have so many people persisted in trying to treat the scene of a crime as though it were somehow a culprit. Dallas, Texas, has spent generations trying to live down its unjust reputation as “the city that killed Kennedy.”

The crude version of the Dallas-killed-Kennedy thesis was popularized in Oliver Stone’s 1995 movie Nixon, which built upon the conspiracy theory Stone had promoted in his earlier film JFK. In one scene, Nixon visits Dallas shortly before the assassination and receives ominous hints from a mysterious Cuban and a right-wing Dallas businessman. The businessman was portrayed by my distant relative, the late actor Larry Hagman, of “J.R. Ewing” fame. Now I understand, Oliver Stone. Lee Harvey Oswald didn’t kill Kennedy. J. R. Ewing did! (But who shot J.R.?)

From the moment of Kennedy’s death, many on the left suspected he had been the victim of a conspiracy of the radical right. Then, as now, Dallas was a center of conservatism. But Kennedy was killed by a Marxist who had earlier defected to the Soviet Union and returned—a Marxist who murdered the liberal president for the same reason he had earlier tried, but failed, to murder a conservative retired general in Dallas, Edwin Walker. Both Kennedy and Walker were prominent anti-Communists, and Oswald took it on himself to target them on behalf of communism.

The more sympathetic to Marxism members of the American left were, the more embarrassing it was going to be for them to acknowledge the motivation of Kennedy’s killer. As William Manchester reported in his 1967 book Death of a President, even Jacqueline Kennedy found the explanation hard to accept. “He didn’t even have the satisfaction of being killed for civil rights,” Jacqueline reportedly told her mother. “It’s—it had to be some silly little Communist.” A substantial minority on the political left retreated into the fantasy that Kennedy had been assassinated by the CIA or FBI or somebody else in the government, in order to install the Texan Lyndon Johnson in the White House. New Yorkers made a hit of a 1967 play called MacBird!, in which LBJ murders his way to power in the manner of Macbeth.

But even that fanciful theory ought to absolve Dallas. If Kennedy really had been murdered by members of his own government, then the reputation of Dallas, the mere scene of a conspiracy hatched in Washington, should be off the hook. Smearing Dallas by association, however, does not require the promotion of any conspiracy theory.

The New Yorker magazine has recently run not one but two essays that dance around the Dallas-killed-JFK theme.

The first, a review by Adam Gopnik of a new book, Dallas 1963, noted how “clotted Dallas was with right-wing types in the period before Kennedy’s fatal visit” and compared the John Birch Society to today’s Tea Party. Gopnik refrained from blaming the assassination on the Dallas right, but a week later, The New Yorker returned to the theme with an essay by George Packer, who offered a masterpiece of innuendo in the following sentences:

Kennedy had warned his wife, “We’re heading into nut country.”

Oswald was an avowed Marxist, which might seem to absolve the city’s right wing of any responsibility. But Dallas 1963 places the assassin in context as a malleable, unstable figure breathing the city’s extraordinarily feverish air.

The air quality of Dallas must have been extraordinary indeed. After all, Oswald had spent the years 1959-62 as a defector in the Soviet Union, breathing in the air of Minsk, while his stint in the Dallas-Fort Worth area, starting in June 1962, had lasted only a third as long.

In June 1968, nearly five years after President Kennedy was murdered by Oswald, his brother Robert F. Kennedy was murdered in Los Angeles by a Palestinian-American man, Sirhan Sirhan, who was angry at Kennedy’s support of Israel. Sirhan chose the date to commemorate the Six-Day War of 1967. Using George Packer’s wording, though, we can blame RFK’s assasssination on California’s left:

Sirhan was an avowed Palestinian radical, which might seem to absolve the California left of any responsibility. But the assassin must be seen in context as a malleable, unstable figure breathing the extraordinarily feverish air of a state agitated by the Berkeley Free Speech Movement and the Summer of Love.

As George Will has pointed out, the theme that Kennedy was killed by a culture rather than an individual terrorist dates back to the assassination. In the first two days after Kennedy’s murder, Chief Justice Earl Warren blamed it on “the hatred and bitterness that has been injected into the life of our nation by bigots” while the journalist James Reston used the front page of The New York Times to condemn “the violence of the extremists on the right.”

As a frequent critic of the Texan right, I have accused it of many things. But right-wingers in Dallas and the South didn’t kill Kennedy, and neither did mysterious forces in the U.S. government. And it was pure accident that it was in the city of Dallas, rather than somewhere else on the map, that the assassin, a recent arrival, got the chance to shoot his victim. The responsibility for the murder of John F. Kennedy lies solely with his murderer, who was described all too accurately by the president’s widow as “some silly little Communist.”