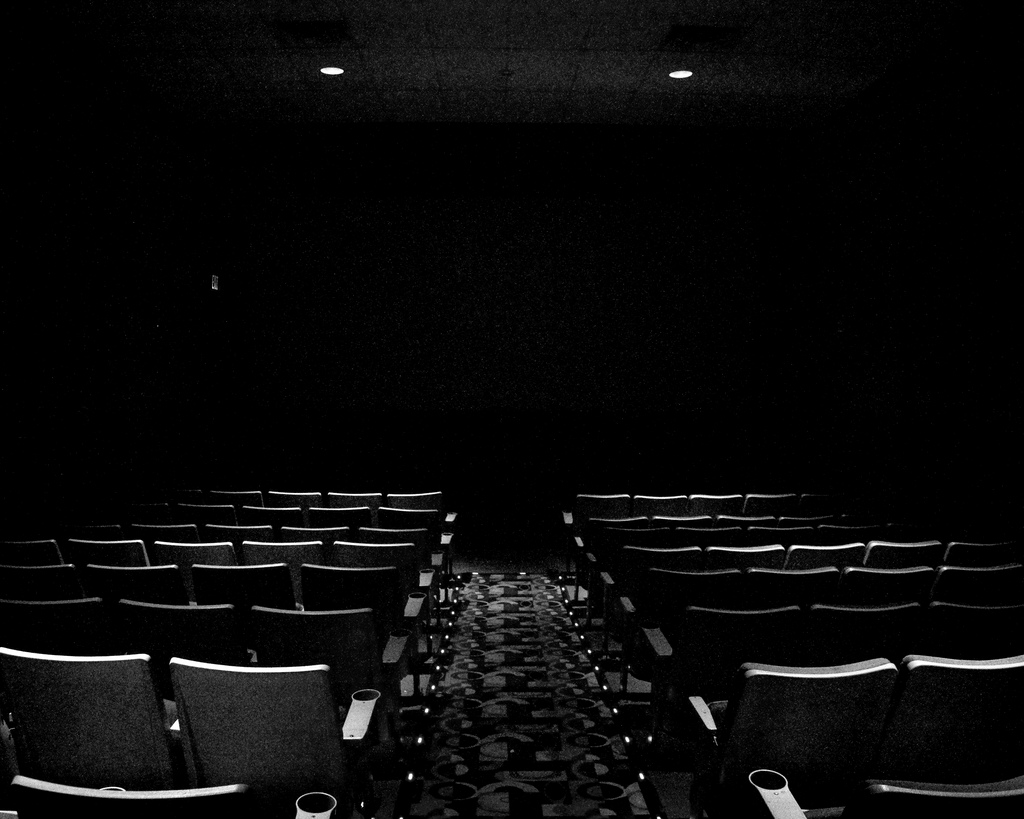 Film #1
You have holes in your energy field.
The therapist announced.
The husband was dismayed.
His wife brought her hand to her mouth.
Your holes need to be filled.
This will be the focus of our next three sessions.
Close up of the therapist’s face.
Eyes closed. Glass teardrop on her upper cheek.

Film #2
A young woman walks on crutches towards a garden.
She wears a long cape which trails behind her.
A boy stands alongside the dirt road and offers her strawberries.
A man on a donkey pulls an empty wooden cart.
Close up of the woman’s feet.
Frayed leather sandals. A dark birthmark in the shape of a star on her left ankle.
A metaphor. Or a sign.

Film #3
He is a self-proclaimed healer from Holland.
He believes that people who are ill can be cured by submerging
their bodies in ice-cold water.
Men leap off cliffs into ice lakes in the winter.
Men sit naked in the forest up to their shoulders in snow.
The first thing he says to her: You radiate pure love energy.
And then, You are unaware of your power over those around you.
He finishes his beer and pops open another one with his teeth.
Close up of an ice cube slowly melting on her tongue.

Film #4
Where should we meet in our dreams? He asks.
In Greece. On a beach at dusk. She replies. And then, Do you need more earplugs?
She counts, One thousand, two thousand, three thousand.
He is asleep. A deep and heavy snore
Long shot of industrial landscape.

Film #5
She uncorks a bottle of Cabernet at 4:30 pm.
A slight buzzing in her ears. Pleasing.
A sliver of pain through her left thigh. Remote.
She thinks about her ex. He used to live here. And his shoes were over there.
The landlord sends a text. She doesn’t respond.
She lifts the glass to her lips. Close up of her teeth. Crooked on the top row. Straight on the bottom.
The sound of the fridge. Chilling.
Medium shot of woman as she slowly walks to the radio and turns it on.

The voice of the radio announcer: Never mind the fog alert, ladies and gents. A calf will be born in the morning. Buy everything before you forget. The song that you just heard was by. More vision for all!