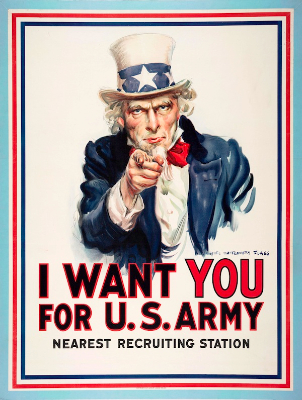 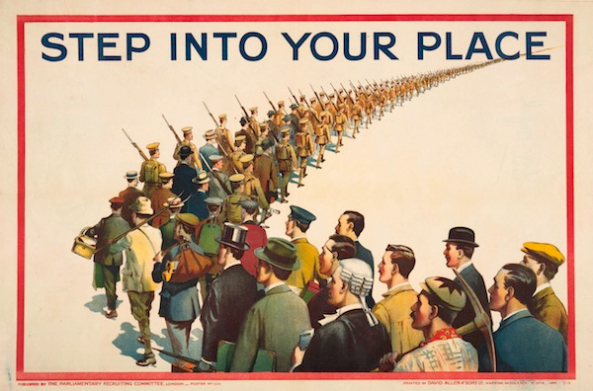 Step into Your Place, 1915, artist unknown 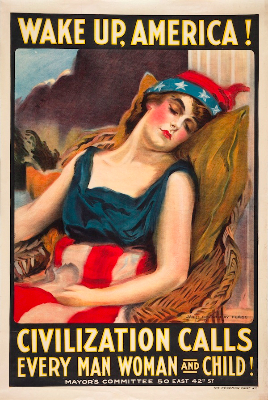 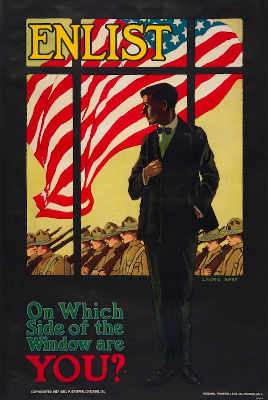 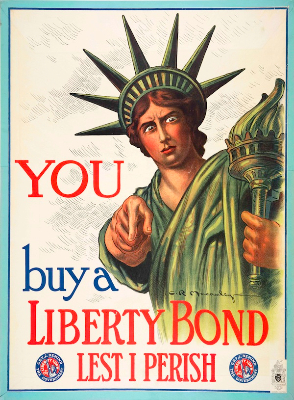 You / Buy a Liberty Bond Lest I Perish, 1917, Charles Raymond Macauley 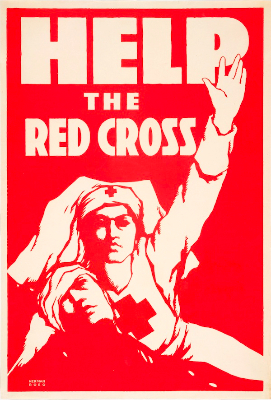 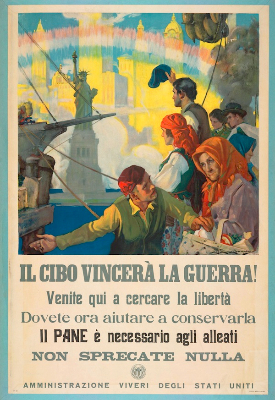 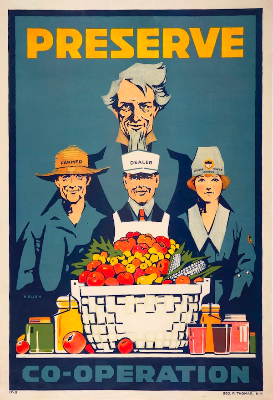 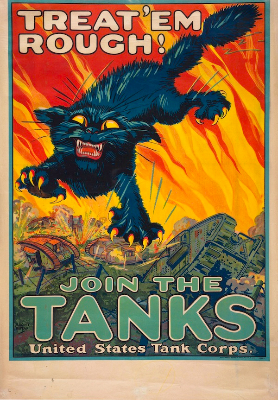 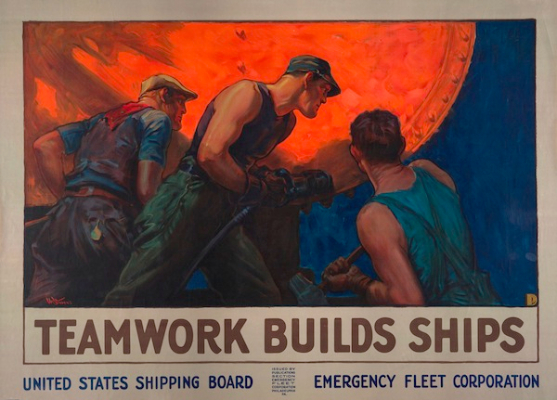 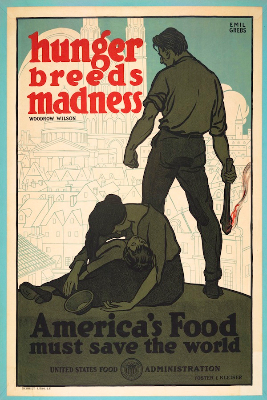 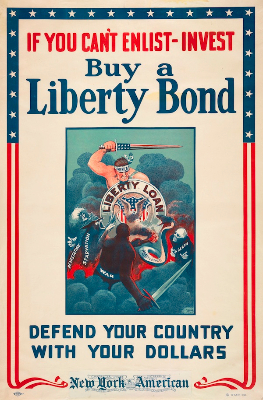 On July 28, 1914, World War I officially began when Austria-Hungary declared war on Serbia. In Europe and beyond, country after country was drawn into the war by a web of alliances. It took three years, but on April 2, 1917, the U.S. entered the fray when Congress declared war on Germany.

The government didn’t have time to waste while its citizens made up their minds about joining the fight. How could ordinary Americans be convinced to participate in the war “Over There,” as one of the most popular songs of the era described it?

Posters—which were so well designed and illustrated that people collected and displayed them in fine art galleries—possessed both visual appeal and ease of reproduction. They could be pasted on the sides of buildings, put in the windows of homes, tacked up in workplaces, and resized to appear above cable car windows and in magazines. And they could easily be reprinted in a variety of languages.

To merge this popular form of advertising with key messages about the war, the U.S. government’s public information committee formed a Division of Pictorial Publicity in 1917. The chairman, George Creel, asked Charles Dana Gibson, one of most famous American illustrators of the period, to be his partner in the effort. Gibson, who was president of the Society of Illustrators, reached out to the country’s best illustrators and encouraged them to volunteer their creativity to the war effort.

These illustrators produced some indelible images, including one of the most iconic American images ever made: James Montgomery Flagg’s stern image of Uncle Sam pointing to the viewer above the words, “I Want You for U.S. Army.” (Flagg’s inspiration came from an image of the British Secretary of State for War, Lord Kitchener, designed by Alfred Leete.) The illustrators used advertising strategies and graphic design to engage the casual passerby and elicit emotional responses. How could you avoid the pointing finger of Uncle Sam or Lady Liberty? How could you stand by and do nothing when you saw starving children and a (fictional) attack on New York City?

“Posters sold the war,” said David H. Mihaly, the curator of graphic arts and social history at the Huntington Library, Art Collections, and Botanical Gardens in San Marino, California, where 55 of these posters will go on view August 2. “These posters inspired you to enlist, to pick up the flag and support your country. They made you in some cases fear an enemy or created a fear you didn’t know you had. Nations needed to convince their citizens that this war was just, and we needed to participate and not sit and watch.” There were certainly propaganda posters before 1917, but the organization and mass distribution of World War I posters distinguished them from previous printings, Mihaly said.

Despite the passage of 100 years—as well as many wars and disillusionment about them—these posters retain their power to make you stare. Good and evil are clearly delineated. The suffering is hard to ignore. The posters tell you how to help, and the look in the eyes of Uncle Sam makes sure you do.

“Your Country Calls!: Posters of the First World War” will be on view at the Huntington from August 2 to November 3, 2014.