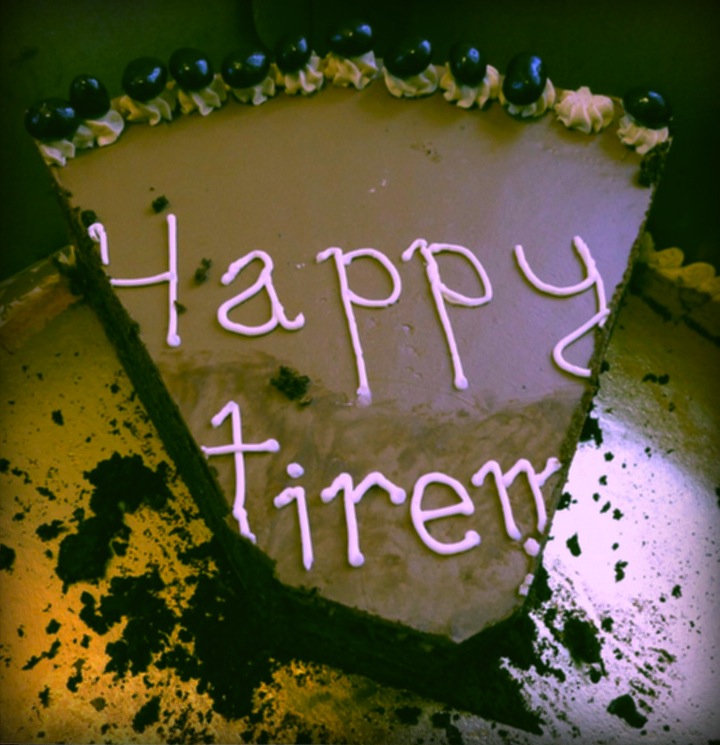 Millennials (born 1982-2003) have a problem when it comes to their path to promotions and career advancement. Unless more members of the baby boom generation (born 1946-1964) start stepping down soon, younger generations will find themselves blocked in their careers by people who haven’t shown any inclination to leave, especially after the Great Recession devastated many boomers’ retirement portfolios.

It’s time for millennials to have that tough talk about retirement with boomers. But using logic or making appeals to intergenerational fairness aren’t likely to be successful strategies. And suggesting that it’s time for boomers to shuffle off the stage might seem selfish or cold-hearted to most members of the remarkably well-mannered millennial generation. Nor is any suggestion that boomers retire likely to meet with a positive response from that generation of workaholics. Instead, the talk needs to be couched in the language of boomers and attuned to their fundamental values.

We have written three books on the millennial generation in which we used the theory of generational cycles, first proposed in 1991 by authors William Strauss and Neil Howe, to make our own predictions about America’s political future. Along the way, we studied volumes of research data, and created some of our own, on each of the current generations of Americans and the dynamics of their interactions with each other.

Boomers are an “idealist generation,” to use Strauss’ and Howe’s name for a generational archetype that is focused on deeply held ideological beliefs. Previous American idealist generations–the transcendental generation (born 1792-1821) and the missionary generation (born 1860-1882)–had one key characteristic that is clearly evident in boomer behavior today. All Idealist generations are driven by strong beliefs about what is right and wrong and what is good and evil. Members of this type of generation resist compromise and are determined to impose their beliefs on the rest of society–even if it means tearing down existing institutions.

By contrast, millennials are a “civic generation” in Strauss’ and Howe’s categorization. Their historical predecessors were the GI generation that came of age during the Great Depression and World War II and the Republican generation that won the American Revolution and developed the constitutional order by which America has been governed since 1787. All of these civic generations can be characterized as “pragmatic idealists.” Today’s version, millennials, is interested in working together to make the world better. Millennials’ desire to find mutually agreeable solutions to problems makes having the “talk” with their boomer colleagues so hard.

But there is a way to turn the discussion into the type of “win-win” outcome that millennials favor. The key is to appeal to the very ideals that have driven boomers’ lives ever since they first burst upon onto the nation’s consciousness in the 1960s. Since then, boomers have devoted themselves to their work, regardless of whom or what they chose to fight for during the 20th century’s cultural revolutions. They are the source of the term “workaholic” and take pride in what they accomplish at work each day. They define their very self-worth by their work, leading them to start conversations with new acquaintances by asking, “So what do you do?” To suggest to boomers that it might be time for them to retire is almost the equivalent of asking them to die–clearly not the way to start a productive conversation.

Instead, millennials should begin the conversation by asking boomers about their ideals and values. Get them to talk about what motivated them when they were young to make the life and career choices they did. Most boomers love to talk about their youth. They think of it as the best time in their lives. So starting the conversation in this way is likely to make the opening of the “talk” both pleasant and productive.

The next step would be to pivot from the past into the future by asking boomers what they believe they have yet to accomplish. This should be followed by a suggestion that now might be the time for the boomer to take up the work that remains undone on their ideological bucket list before it is too late and they lose their ability to make a difference. Assure them that there are other people, maybe from Generation X, if not the even younger millennial generation, who can pick up the work in which boomers are now engaged and see it through to completion.

But, crucially, millennials should also make it clear that no one but boomers have the wisdom and experience, coupled with the ideals, to take on the challenges they have been too busy to tackle. At that point, moving out of their jobs–and on to their unfinished business–will become something boomers think they should do, rather than something that is being forced upon them.

The history of previous idealist generations underlines the importance of having these conversations sooner rather than later. Strauss and Howe, in their book Generations, summarize the very different outcomes that resulted from the choices made by members of idealist generations at this crucial point in their lives: “Where the angry spiritualism of Transcendental youth (born 1792-1821) culminated in the apocalypse of the Civil War, the Missionaries (born 1860-1882) demonstrated how a youthful generation of muckrakers, evangelicals, and bomb-throwers could mature into revered and principled elders–wise old men and women capable of leading the young through grave peril to a better world beyond.” Members of this generation, such as Franklin Delano Roosevelt, Winston Churchill, Douglas MacArthur, and George C. Marshall successfully mobilized the civic-minded GI generation to undertake and complete the task of remaking the world according to our democratic ideals.

By analogy, suggesting that it’s time for the current generation of idealists, boomers, to lead this increasingly dangerous world to a better place by putting aside their current work and taking on their last and most important challenge, is the best way for millennials to convince boomers it’s time to move on. The current state of affairs makes it clear that it is way past time for millennials to start this difficult conversation. Our advice to millennials: Don’t wait another minute to have the “talk” with a boomer you know.