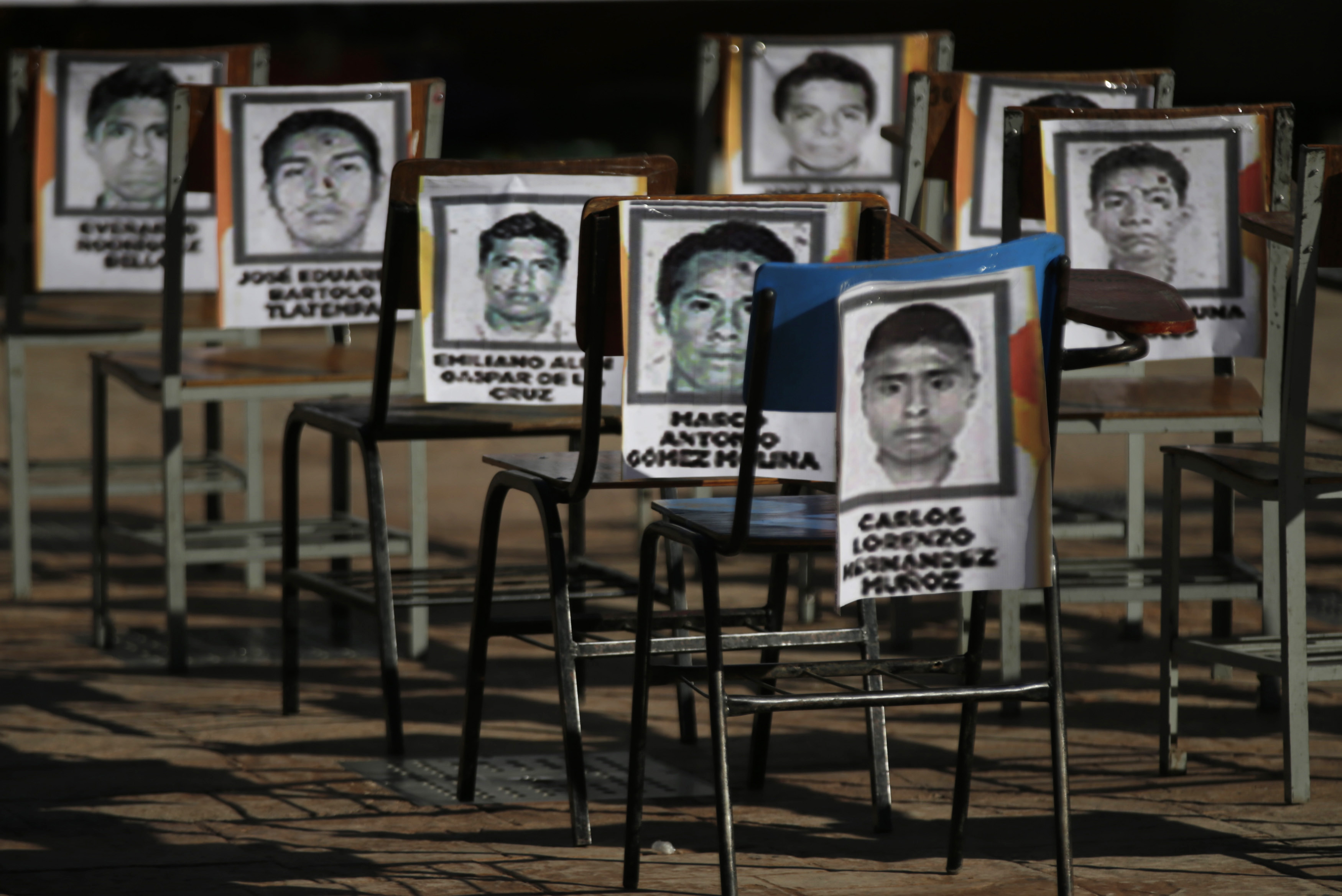 Forty three students from a small rural teachers’ college in Mexico’s mountainous southern backwater have jolted this nation out of its decade-long immunity to a proper outrage to mass violence, and threatened to hijack President Enrique Peña Nieto’s triumphant narrative that Mexico was back on track, destined for First Worldliness. These poor students did this, tragically, by disappearing, at the hands of local security forces that seem to operate as a public-private partnership between government and organized crime.

By now you’ve probably heard the basic outlines of the story: On September 26th, 43 students from Ayotzinapa, a teacher’s school well known for its political activism in the southern state of Guerrero, vanished after participating in a political protest in the city of Iguala, some 150 miles from their school. The mayor of Iguala and his wife—who were on the run until being apprehended by federal authorities this week—apparently ordered that the students “be taught a lesson.” Before the 43 students disappeared that night, six people were killed in an open clash—students and civilians who were just passing by—and 20 more were wounded. Some students had the chance to phone their parents while being attacked.

What’s followed since that day must have shocked the powers that be, so accustomed to acting with impunity. Instead of shrugging the news away as something to be expected in a place like Guerrero (which is scary to people in other parts of Mexico the way all of Mexico is scary to Americans unfamiliar with our country), Mexican society has become thoroughly outraged by the kids’ fate. Instead of seeing what happened as something to be expected when leftist students go seeking trouble, people are angry about the initially lethargic official response.

Even in a country that has witnessed more than 22,000 people go missing in the past eight years (and that’s the official estimate), we’ve found the humanity to identify with these students of Ayotzinapa.

It’s one heartening aspect to the tragedy. Even in a country that has witnessed more than 22,000 people go missing in the past eight years (and that’s the official estimate), we’ve found the humanity to identify with these students of Ayotzinapa. Their stories—the heartbreaking accounts of the survivors, the humble origin of their families—have all had a powerful impact on Mexican society. And so the question that remains to be answered is: Will their story, with all of its horror, mark a “before and after” for Mexico? Is this it? And if this is it, what does it mean?

In recent years, violence fueled by organized crime has transformed Mexico profoundly, from the way we live our daily lives, to our future expectations. Violence has also changed the ways we engage in public issues, demand change, and perceive our political elites. Nothing, or almost nothing, has remained untouched by violence and its pervasive effects.

This is not the first time that public forces have been involved in the kidnapping and murder of civilians in Mexico. Sadly, there are a number of documented cases in the past few years. What in particular about Ayotzinapa has caused such a strong reaction? It’s hard to figure out, given all the previous victims, but three factors seemed to conspire to make this atrocity a watershed in public opinion: the victims’ status as students; the fact that the crime, and the botched response, took place on President Peña Nieto’s watch; and, well, the fact that at some point our society was going to have to answer the “How many are too many?” question.

The fact that these victims were students, like many of the victims of the 1968 Tlatelolco massacre, has resonated powerfully across the country, triggering a welcome and all-too rare shared emotional reaction: empathy. The media and several human rights organizations have done an admirable job of revealing who these 43 students are: Luis is quiet and reserved; Marco loves rock music and is hardly ever in a bad mood; Saul is just plain fun; Adan loves soccer. All of them are humble, country people studying to become teachers. All of them are leftist and combative and strong opponents of the local, state, and federal authorities—but they are not criminals. These were young students attacked and kidnapped by the same people who were supposed to look after them. It could happen to anyone.

The Peña Nieto factor is about holding a president accountable to his own marketing. Part of Mexicans’ immunity to outrage under the previous administration was a sinking sense that competence was not the federal government’s strong point under Felipe Calderón, least of all competence in overseeing corrupt local and state governments governed by other parties. The appeal of bringing back the tough PRI bosses in 2012 was that they knew how to run the place, including its most unsavory elements, and would allow us to move on to other things. Peña Nieto’s entire pitch could have been summed up in a pithy bumper sticker slogan: “Let’s Change the Subject.” And sure enough, he did. Once in office, he exuded confidence that his security people could handle all the recent unpleasantness so that he, and the rest of us, could focus on education, the economy, energy reforms, and all the other things that were in his triumphalist script.

But the Peña Nieto administration’s failure to find the missing students, not to mention its failure to prevent such atrocities in the first place, is undermining its entire reason for being. All the hype about Mexico’s future, the government’s vaunted reforms applauded in the international press, the talk of a prosperous, secure country “on the move”—all of it is threatened by the stark tragedy of Ayotzinapa.

In the search for the 43 missing students, concealed graves full of human remains have appeared all around Iguala. The sad truth is that they must be all around Mexico. “We have been witnessing people’s disappearance for years, and they had to be somewhere,” Mario Campos, a well-known journalist wrote some days ago. Mexico’s thousands of victims are slowly emerging from their macabre resting places. Most of them are still unnamed and unidentifiable, but they are not longer cold, hard numbers.

Huge demonstrations are being organized across the country, and the issue is only gaining steam on social media. The number of people taking to the streets, tweeting, and reposting messages on social networks in coming days will reveal a lot about the future of the movement and its potential consequences. Judging by the intensity of what is going on, the issue won’t fade away.

Ayotzinapa has also revealed in all its crudeness the precarious state of municipalities all around Mexico. In Iguala, as in many other places, authorities and criminals are now undistinguishable. According to Guillermo Trejo, a professor from CIDE, a top research institution in Mexico City in the past few years—years in which disappearances have increased—criminal organizations have also changed their goals and tactics. Before, their priority was to “keep business as usual,” which basically meant to corrupt a few members of the local authorities to guarantee the status quo. Now, criminal organizations have literally seized the local power structures and resources. This is true in states such as Guerrero and Tamaulipas. In Michoacán, Tejo argues, criminals take as much as 30 percent of the municipalities’ budgets, 20 percent of the local salaries, and regularly demand to be given public contracts (which of course are never fulfilled). In this context, it should come as no surprise that so many civilian self-defense groups have emerged across the country.

And so it isn’t clear where we go from here. There is no easy way out of this situation, as much as we tried the “change the subject” tactic. We’re now confronting reality in all its bleakness, with no trusted institutions to turn to. Ayotzinapa has revealed so many rotten things about Mexico’s political structures that it has finally convinced thousands—if not millions—of people, that our only chance to save us, to save our country, begins with standing by those 43 kids, and willing their return. It’s a first step.