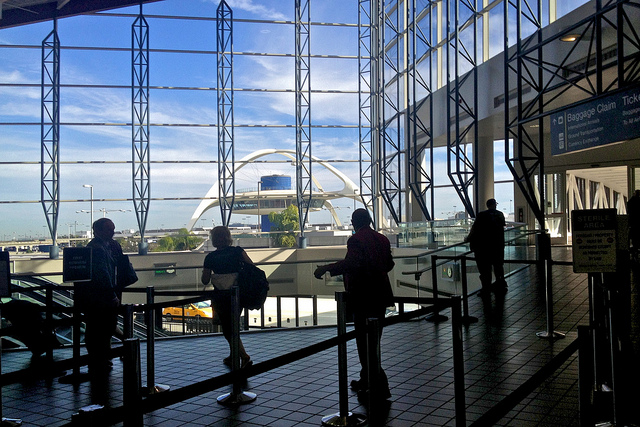 Los Angeles International has long been the Rodney Dangerfield of airports. It gets no respect—and with good reason. Dated, overcrowded, and inefficient, LAX’s primary redeeming characteristic is the mild Southern California weather. When J.D. Power & Associates rated LAX as the third-worst airport in the U.S. in 2010, many Angelenos probably assumed there was a mistake and asked themselves: “Two airports are lower on the list?”

I’ve experienced LAX as a professional charter pilot and an ordinary passenger for more than a third of a century. And so I’ve squirreled away more than one LAX horror story. It’s not uncommon to fly my aircraft from Van Nuys (home to a huge general aviation airport) to LAX in five minutes—and then spend the next hour (or more) crawling those last few feet from the runway to the terminal in a long line of jets. Believe me, regardless of which side of the cockpit door you’re on, LAX is no fun.

Of course, most major airports—think La Guardia, Hartsfield, JFK, McCarran—seem like crosses between rundown bus stations and urban refugee camps, with masses of downtrodden travelers being herded to and fro by security apparatchiks and airline employees who’ve “had it up to here.” So why is it so bad? LAX, and other major U.S. airports, look and feel so bad because they suffer from the same affliction: a national lack of runway capacity.

LAX, and other major U.S. airports, look and feel so bad because they suffer from the same affliction: a national lack of runway capacity.

To grasp what’s truly behind the gridlock and delays that mark any authentic LAX experience, one must understand that airports are to airplanes as roads are to cars. Merely expanding the existing roads isn’t enough to make real change. That’s why all the usual fixes we see proposed for LAX—like adding a terminal or gates, or extending runways—won’t fix the airport any more than widening the 405 freeway through the Sepulveda Pass will alleviate West L.A. traffic jams.

Since we face a larger, more serious, and profoundly national infrastructure problem—a shortage of runways and airports—soliciting opinions on a solution for LAX is like asking how to fix a problematic train station when the entire system of tracks and switches is malformed.

Our airport is but one piece of an aviation infrastructure that has been allowed to shrink and decay most in the very areas where more capacity is needed. In other words, LAX is so overcrowded and sclerotic because no new airport capacity—here or elsewhere—is being developed. You wouldn’t expect to repair a clogged drain by allowing more water to back up in the sink, but for some reason we use that logic when it comes to airports.

Reliever airfields—airports that provide additional capacity to an area when the primary commercial airport is overburdened—have been shuttered throughout the L.A. area over a period of decades and now we’re seeing the result. Did you know that Inglewood, Huntington Park, Gardena, Culver City, and many other Los Angeles towns once hosted their own airports? Almost all of them are now gone, and those which remain have allowed residential and commercial development to encroach on the field to the point where any further expansion is impossible. Take a look at Santa Monica, Hawthorne, Compton, Whiteman, or virtually any other small airport in the Los Angeles area.

Long ago, when our population was a tiny fraction of what it is today, Los Angeles had a couple dozen active airports. But as the number of residents has risen, the airport count has fallen. It’s the exact opposite of what should be happening. Today, one of LAX’s primary relievers for general aviation traffic, Santa Monica Airport, is under threat of closure. If that happens, where do you suppose those airplanes will land?

Los Angeles is not alone. I live in Orange County, where we once had as many as 14 airports. Today only three remain: two civilian and one military. In 2002, voters had the opportunity to turn the former El Toro Marine Corps Air Station into a commercial airport but declined to do so, allowing another much-needed series of runways to fall by the wayside. The same story is repeated across the country.

Self-proclaimed experts will tell you that the problem with our infrastructure is thousands of feet above our heads. Their argument: the reason American airports are so crowded is that the current ground-based air traffic control system can’t manage all our air traffic. That’s why the Federal government is spending billions of dollars to transition to a satellite-based air traffic control system referred to as “NextGen.” But I’ve been flying for decades and it’s extremely rare to see another airplane at altitude. It’s only the condensation trail emanating from the engines that visually reveals them at all.

A third grader could tell you that the sky is large and it’s our airports that are small. That’s where the real crush of traffic happens. We don’t lack airspace—we lack pavement.