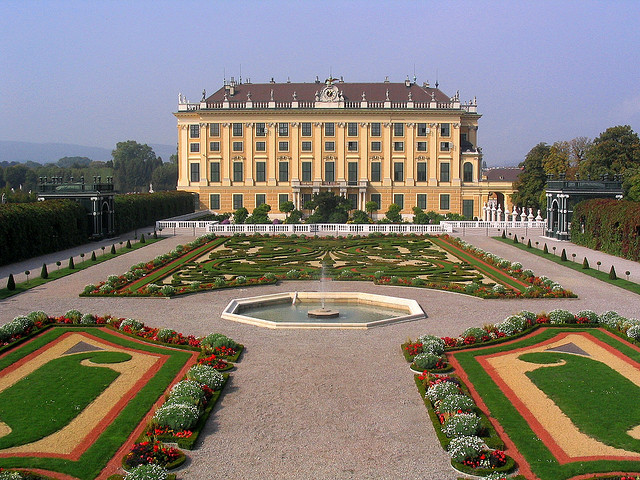 How do you imagine being in a place that you’ve never visited, that belongs to the past?

Over the five years I spent writing Maximilian and Carlota: Europe’s Last Empire in Mexico, I found I needed to bring to life places that I’d never seen. Although many of the locations were embedded in my memory from prior travel, that wasn’t enough. I had to find a way to put myself in those places circa the 19th century.

This would require a different approach. On a normal day, I write in my office at home in San Antonio, with large windows and a view of our backyard. Most days I see a melee of migrating birds, fat doves, squirrels, and my dog Bonnie, crouched to spring at these animals. Sometimes the vista is of my children playing sports. It is good to have a view. With a view you can think, digress, and see the weather. I feel part of something greater, which is what I’m usually trying to do with historical figures: set them into the larger picture.

I needed to travel to better understand the vast effort in 1861 to conquer Mexico, which involved armies drawing soldiers of 22 nationalities.

That’s why I needed to travel to better understand the vast effort in 1861 to conquer Mexico, which involved armies drawing soldiers of 22 nationalities. I needed to spend time in their vantage points to describe fully the motivations of the major players: Maximilian, who would be monarch of the Mexican empire; his Belgian wife Carlota; Napoleon III, with whom he agreed to rule; Franz Josef of Austria, a Habsburg emperor and Maximilian’s older brother; and Benito Juárez, who overthrew the empire and reclaimed Mexico’s presidency.

When I set out to write my book, I had a good base of reference. I was raised in Texas near the border in a multi-cultural family, and traveled frequently to various regions in Mexico. My cousins lived in Cuernavaca, where the royal couple had a retreat, and when I stayed with them, Maximilian’s reign was the subject of many conversations, inspiring my interest in the subject. Years later, when browsing in a gallery in Manhattan, I ran across a historic photograph of Maximilian, poorly embalmed and lying in a crude casket. In total fascination, I purchased the image. Memories of his legend occupied my mind. When a friend simultaneously acquired a collection of personal objects and ephemera once belonging to Maximilian in Mexico, I took it as a sign that the story of Mexico’s last empire needed to be told again.

First, I traveled in 2008 to Mexico City, the seat of Maximilian and Carlota’s empire. At the Castillo de Chapultepec, their palatial home, I saw exhibits and artifacts from their reign. The curators opened every drawer and cabinet behind the scenes. The most powerful impression happened during a private tour of the museum when a director opened a secret stained-glass window on an upper-floor gallery to reveal a perfect view to the east of Mexico’s two volcanoes, Iztaccihuatl and Popocatépetl. It vividly reminded me of a letter Maximilian wrote to Carlota at 3 a.m. in 1866: “[There is] the most beautiful moonlight sky without clouds and the snows on those gigantic volcanoes bathed in the light of the moon.” I could see what he saw. For the first time—after many smoggy visits—I saw how fabulous those mountains look from the vantage of Mexico City.

In the summer of 2009, I visited Miramare Castle in Trieste, Italy—a home that Maximilian and Carlota designed and built but never lived in. When I arrived, a movie company occupied the grounds. It looked just like the paintings I had seen of Miramare Castle. Sailors sat in a small launch by the castle’s moorings on the Adriatic. Women and men walked the castle halls in 19th-century dress: It was heaving bosoms, brass buttons, and bicorn hats. It produced the most mesmerizing effect on me, as though I had stepped back in time to see Maximilian, Carlota, and their staff at work. Although I was looking at a German production of a film about Maximilian’s brother, Emperor Franz Josef, and his wife Sisi, the set did an amazing job of showing me the scale of the building in human terms. The views of the Adriatic perfectly matched Maximilian and Carlota’s descriptions of their ships (the Themis and the Novara) laying at anchor, waiting to convey them to their new empire in Mexico.

That same summer in Vienna, the order and rigidity of the Von Habsburgs’ lives were made vivid to me. At the National Archives there, I read in letters the advice that King Leopold gave to his daughter Carlota and her young husband in 1864 as they prepared to rule Mexico, followed by her bucolic musings on her new empire. However, reading Carlota’s letters in which she dismissed her courtiers from service while she pleaded with the pope in Rome, I could see in her paranoia how her mind was unraveling. Her once precise writing turned jagged and sketched. (Her brother would have her examined by psychiatrists of the time and declared insane.)

I also traveled to Vienna’s Schönbrunn Palace, a museum housed in the Habsburg’s former summer palace and royal stables. There I saw the lavish parade saddle that Maximilian commissioned for Austria’s emperor Franz Josef, in an effort to ameliorate him and trade Mexican indigenous artifacts. The accouterments blended the Mexican arts with Austrian; the buckles were distinctly Italian. These in turn matched artifacts at Chapultepec.

Writing history is a puzzle in which you detail and compare pieces, just like a detective. Reconstructing the world of Maximilian and Carlota—impacted by the French empire, the Austrian empire, and the kingdom of Belgium, and met with the resistance of Mexico—forced me to reckon with information scattered more widely than any of my previous research. The pursuit of all that data, and all those clues, made for a stunning adventure. When you walk another’s journey, it becomes your journey. To tell it well begins and ends with the details. My travels allowed me to bring this diaspora of information and evidence together.

When I returned to my office, looking past the computer and through the window before me, I saw the 19th-century world of Maximilian and Carlota, from Trieste to Mexico City. Their stunning wealth and glamour set against the rugged and unsettled countryside of Mexico, protected from their fate only by French bayonets, made for an unnatural juxtaposition of cultural miens. It was a dream, doomed to fail at the outset of Napoleon III’s conception to “save and civilize” Mexico, kind of like my dog’s daily crusades to catch squirrels.