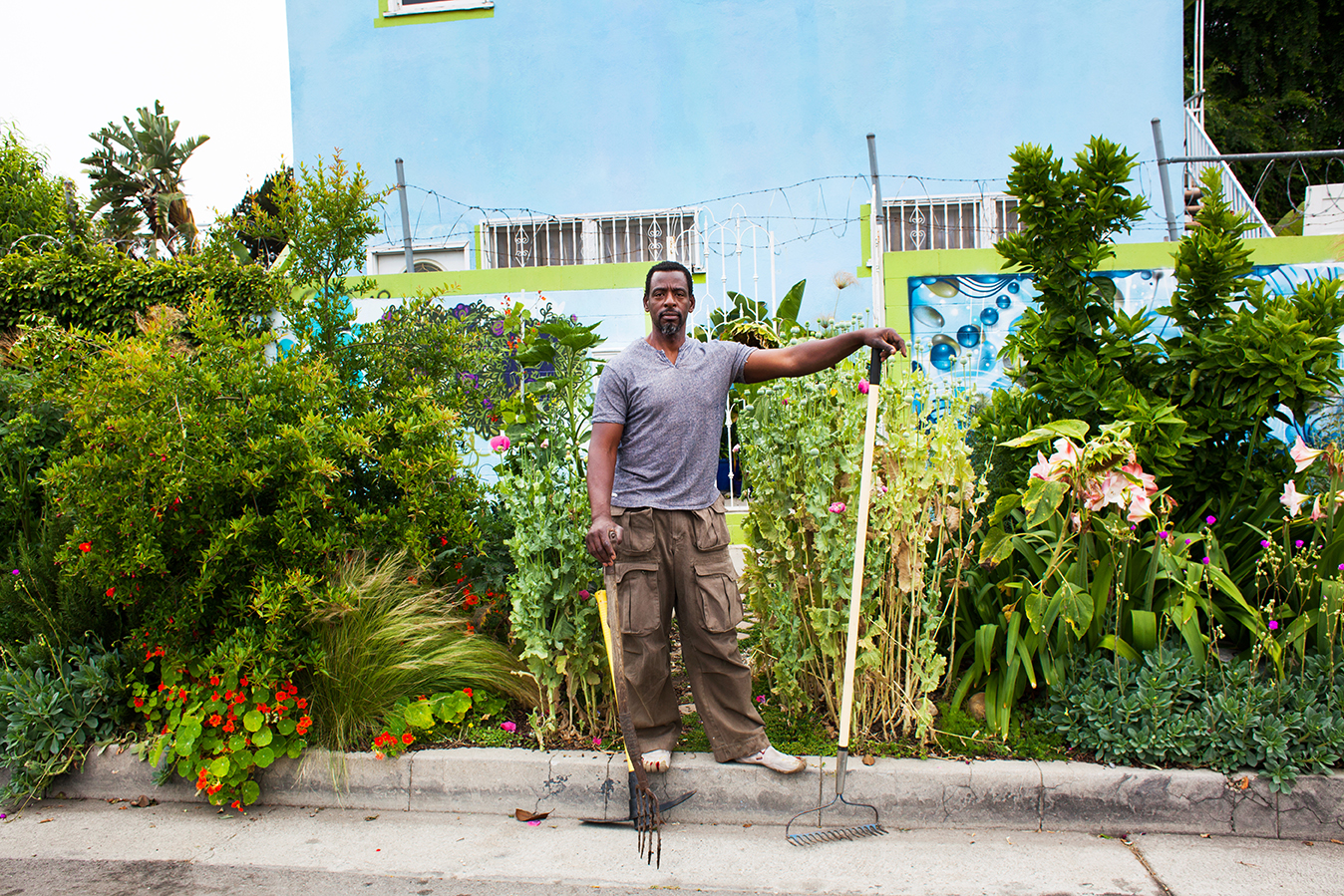 In 2003, long before a warrant was issued for my arrest for the crime of planting vegetables, I remember going to a store in South Central L.A. and picking up some tomatoes. The stickers on them read: “Coated with shellac.” I thought to myself: Isn’t that the stuff we used to coat wood in my high school woodshop? Why is it on these tomatoes? That’s when it really hit me.

There was a complete lack of healthy food in my community. Growing up in South Central L.A., we had restaurants where you could sit down. But some time in the late ’70s or early ’80s, those places shut down and were replaced by fast food joints. Later, when I was raising my kids, I used to drive damn near an hour round-trip to places like Culver City to find fruits and vegetables that hadn’t been grown with pesticides.

I wanted to change all of that. I wanted to rid the streets of trash. I wanted people walking down the sidewalks of my neighborhood to smell jasmine, lavender, sweet basil, and lemongrass. And I wanted healthy food options and organic fruits and vegetables for my family, my neighbors, and myself.

My first thought was: Bring it. It’s a stupid, antiquated law that needs to be changed.

So, in 2010, I planted towering sunflowers, kale, and pomegranates in the 10-foot-wide, 150-foot-long parkway in front of my house—the space between the curb and the sidewalk. The beauty and color of that garden quickly attracted people (and insects).

When people saw this food literally growing along their streets, they began to see the possibilities. That same year, I founded a group with like-minded people who wanted to grow and share their own food and show others how to do it. It’s a simple concept: If food is not there, put it there! It’s our responsibility—if we want to change our neighborhoods, it has to come from within.

We started planting gardens around the neighborhood and in peoples’ yards for free. But I learned the drawbacks. When people get something—like food in their garden—without having to do the work themselves, they don’t assign such things the same value. People need skin in the game. Unfortunately, we found that a lot of the gardens we planted weren’t being maintained. 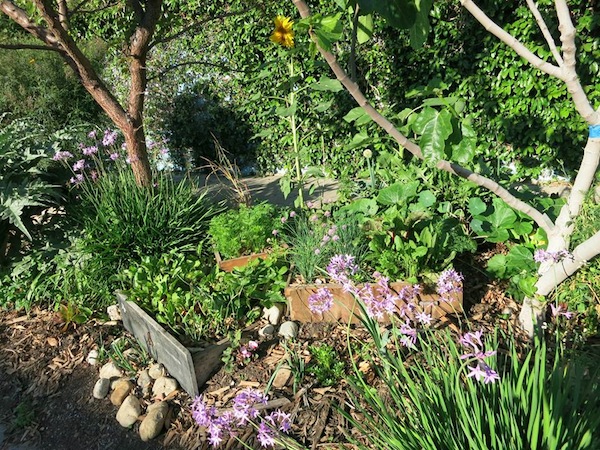 Then, in May 2011, I got a citation to remove my garden from the city’s Bureau of Street Services—it said that, since the city has jurisdiction over parkways, I had two options: clear the “overgrown vegetation” or purchase a $400 permit. I didn’t do either, of course. The citation turned into a warrant. I got an arrest warrant for beautifying my street—a warrant for planting a carrot!

My first thought was: Bring it. It’s a stupid, antiquated law that needs to be changed. There was no healthy food in the neighborhood—and those parkways were the only land where people could grow food. Plus no one was being cited for the discarded old toilets, couches, and used condoms on the street—but I got a citation for bringing nature, beauty, pride, art, and a sense of peace and calm to the neighborhood. It just made no sense.

But the police never came for me. The warrant was suspended. Over the summer, L.A. Times columnist Steve Lopez got interested and wrote about the garden. There was a petition started in support. Then Councilman Herb Wesson got involved. In 2013, the L.A. City Council voted to change the law—it is now legal to grow food on your parkway in Los Angeles.

There has been a shift in the paradigm. Now the city is encouraging more green spaces and there are plans to utilize its 26 square miles of vacant lots to benefit underserved communities—to turn them into green space and urban farms.

The last few years have been incredible. I’ve had the opportunity to travel to Greece, Qatar, the United Kingdom, Stockholm, and Hawaii to speak publicly about food injustice. It all started in 2012 when the nonprofit TED invited me to a worldwide talent search in Vancouver, Canada. I gave a talk the next year at a big TED conference that has more than two million views to date. I’m contacted every day by people who saw the talk and want to know how they can get involved.

The message is getting out. People across L.A. (and around the world) are planting gardens at home, in schools and businesses. It changes people’s lives when they are able to see beauty instead of concrete and asphalt.

These days, I’m focusing on raising funds for the Ron Finley Project, a plan to acquire an acre of land in South Central L.A. behind the city’s oldest operating library and turn it into an urban garden oasis. When it’s done, the Vermont Square library garden will consist of a greenhouse, a café in a shipping container, and a community garden where people can grow, exchange, and sell their food at a bi-weekly food stand. We’ll also offer gardening and art classes and a program to use the thousands of pounds of fruit from people’s yards that go to waste each year. We want to use the fruit in the café and donate it to shelters. We want to teach people how to turn that fruit into income—to make preserves and other items. The idea is to help people become self-sustaining and healthy at the same time.

Teamwork is essential to making change—and it helps to have an ally or two in City Hall. It’s been great to be surrounded by like-minded people with common goals because 1,000 shovels can get work done much faster than one shovel.

If you want something changed, you have to stop waiting for someone else to do it. You are the change! This is your canvas, you should paint it. Your health, and the health of your community, is your responsibility and no one else’s. Once we’re done transforming South Central L.A., the next move is to transform the world.