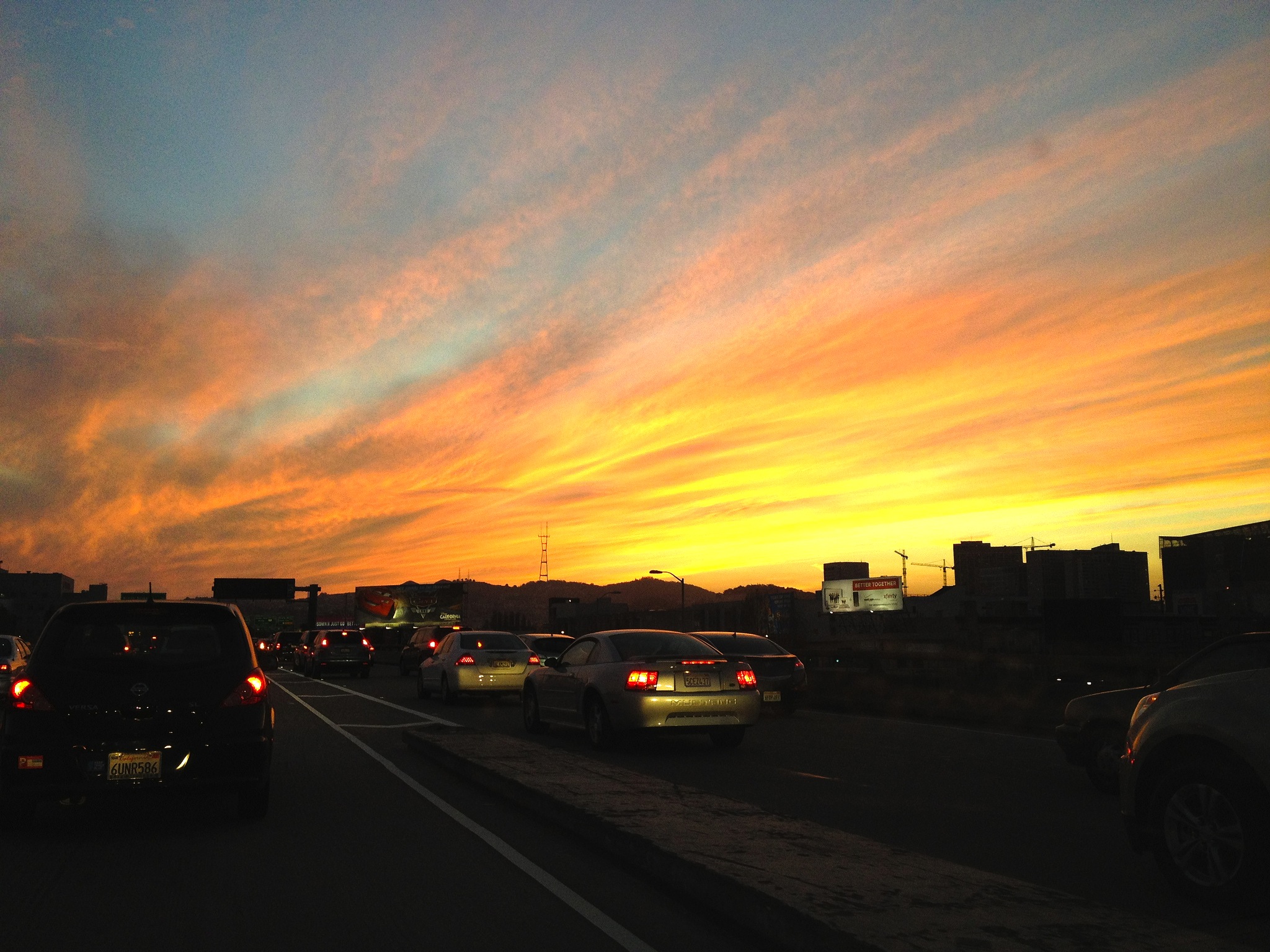 Living with less ‘stuff,’ including cars

Millennials actually like cars, and they’re here to stay

On a typical Saturday night in the 1970s, Whittier Boulevard in East L.A. would have been thumping with lowriders–those lacquered, richly colored sedans with chassis that could bounce up and down with the flip of a switch. Slow cruising in a Chevy Impala was perfect for people watching and showing off your glorious Frankenstein handiwork.

Cars have long defined who Americans are, how we socialize, where we live, and where we work. They still have a hold over us–just look at how many Fast and Furious movies keep coming at us–but the world we drive in is changing. It’s now been about a century since we were introduced to cars. Gas prices are on the rise while wages stay flat. We’re increasingly aware of how burning fossil fuels harms the environment. And commutes into downtown from the ever-expanding suburbs can take two hours or longer. In advance of the Zócalo/Metro event, “Is Car Culture Dead?” we asked experts to weigh in on the question: In an age of climate change and dense urban living, what role will cars play in our lives?

The answer to all these questions depends a whole lot on whether you live in New York City or Los Angeles, Portland or Albuquerque. Everybody in New York takes the subway—check out recent Instagram pictures of Dame Helen Mirren and Keanu Reeves on the trains. Everybody in Portland (Oregon), a city that embraced multimodal public transport, brags about the light rail, streetcars, and buses. Every Portland hipster owns a really cool bike, which many of them actually ride.

I live in Albuquerque, a car city like Los Angeles. It’s hard to get to where you need to go without a car. Urbanists and environmentalists here would love to get drivers to use the buses (free passes for university students, staff, and faculty!), bike routes, and services like Uber. Twenty-somethings like my own kids do take the bus and ride bikes. People who live in Albuquerque and work in Santa Fe (or the reverse) can commute daily via the Rail Runner train.

But we are at a disadvantage. Cities that invested in mass transportation and encouraged density already possess assets that car culture cities will envy as the planet heats up. We’re seeing many more hybrids, electric cars, and smart cars in Albuquerque, where we worship the Ford F-150 and the 1970s Oldsmobile. But in cities where most of us have to be many places every day, and we measure the distance between home and work and school and groceries in multiples of miles and chains of destinations, people will cling to their steering wheels for dear life.

Virginia Scharff is associate provost for faculty development and distinguished professor of history at the University of New Mexico. She is the author of Taking the Wheel: Women and the Coming of the Motor Age (1991), The Women Jefferson Loved (2010), and novels under the name of Virginia Swift.

This may be shocking coming from someone who supports cycling for mobility—but I would argue that cars could become the mass transit of the future.

As we contemplate future cars and other road vehicles that drive themselves, there is an opportunity for huge paradigm shifts in the way that we as individuals access cars, which will radically alter the nature of the automobile industry. Indeed, if automated road vehicles can fulfill their promise of creating an efficient, self-organizing streaming of vehicles along our infrastructure with a significant reduction in vehicular, pedestrian, and other road-related accidents; and if those vehicles can become highly energy-efficient and matched precisely to our individual journey needs, then cars could provide much more efficient, convenient, and sustainable mobility than buses, trains, and subways.

Living with less ‘stuff,’ including cars

I think driving your own car is becoming less important to people living in dense, urban cities where public transportation, walkability, and rideshare apps such as Uber and Lyft are readily available. From increased awareness of climate change and dependence on foreign oil to the expense of car insurance, parking, and the soul-sucking time spent in traffic and road-rage incidents, driving comes at a high cost these days.

When I first moved to L.A. 17 years ago, blinged-out Hummers were a major status symbol. Today, most people would look down upon you for driving a gas-guzzling eyesore. What was “cool” 10 or 20 years ago simply doesn’t fly today, especially in our post-recession economy where people’s credit and finances have been drastically cut. Today, it’s all about personal responsibility, living with less “stuff,” including cars, and caring about the environment and future generations.

I’m particularly excited about the forthcoming Expo Line train between downtown and Santa Monica since there’s a stop just a couple of blocks from my house (which means I can easily meet friends downtown for dinner or hit the galleries in Culver City). That commute has trapped drivers in their cars for years, and soon people will be able to save money, get more exercise, and talk to fellow commuters for a change. For those living and working near the Expo Line, I think we will see numerous two-car households go down to one-car households.

American car culture will not go away anytime soon, particularly in suburbs and rural areas where there is no other real option for transportation, but it’s hard to believe we’ll see another renaissance of car culture in the tradition of cruising, hot rodding, low riding, or import car racing. Well, maybe not until Tesla’s mass market Model 3 comes out.

Victoria Namkung is a Los Angeles-based writer and cultural commentator. She received her master’s degree from UCLA and wrote a thesis on import car racing and Asian-American youth in Southern California.

Millennials actually like cars, and they’re here to stay

Let’s assume for the sake of discussion that climate change is occurring and that greenhouse gases from human activity are the culprit. If you analyze greenhouse gas emissions per passenger mile, public transit and automobiles have very similar numbers outside the New York metropolitan area. As hybrids penetrate the market and fleets shift to take advantage of cleaner and cheaper natural gas (yes, lower prices are here to stay), automobiles emerge as part of the solution to reducing greenhouse gas emissions.

When it comes to density and transit, what people actually do runs contrary to what many pundits expect and many urban planners hope for. Cities continue to decentralize, and grow most quickly when they do. The 2013 American Community Survey of work trips reports that 80 percent of the small national increase in transit ridership was in only six metropolitan markets, and 40 percent was in New York. Los Angeles has lost transit riders. Now the share of L.A. commutes on mass transit is at 1980 levels.

The media drumbeat that the millennial generation is rejecting automobiles and suburban living is fanciful, not factual. I often rely on Wendell Cox‘s Demographia.com for U.S. trends in housing, population, transportation, employment, and underlying economic forces. These data show that, when it comes to housing, millennials tend to prefer more rather than less. The fraction of millennials living in traditional urban cores dropped between 2000 and 2010, and the trend for all age groups is toward detached homes in suburban locations with bigger houses and lots. These changes were most predominant at the urban fringe and outer suburbs, where delivering transit service is a challenge. Millennials prefer the personal and scheduling freedom provided by the automobile, just like almost everybody else.

So cars will continue to play many roles in our lives, getting most of us to work, and enabling the consumption of goods, education, entertainment, and leisure, even if someone or something else is driving them. Now if you will pardon me, I have a ride to catch on Uber.

James E. Moore, II, is vice dean of USC’s Viterbi School of Engineering and director of the transportation engineering program.