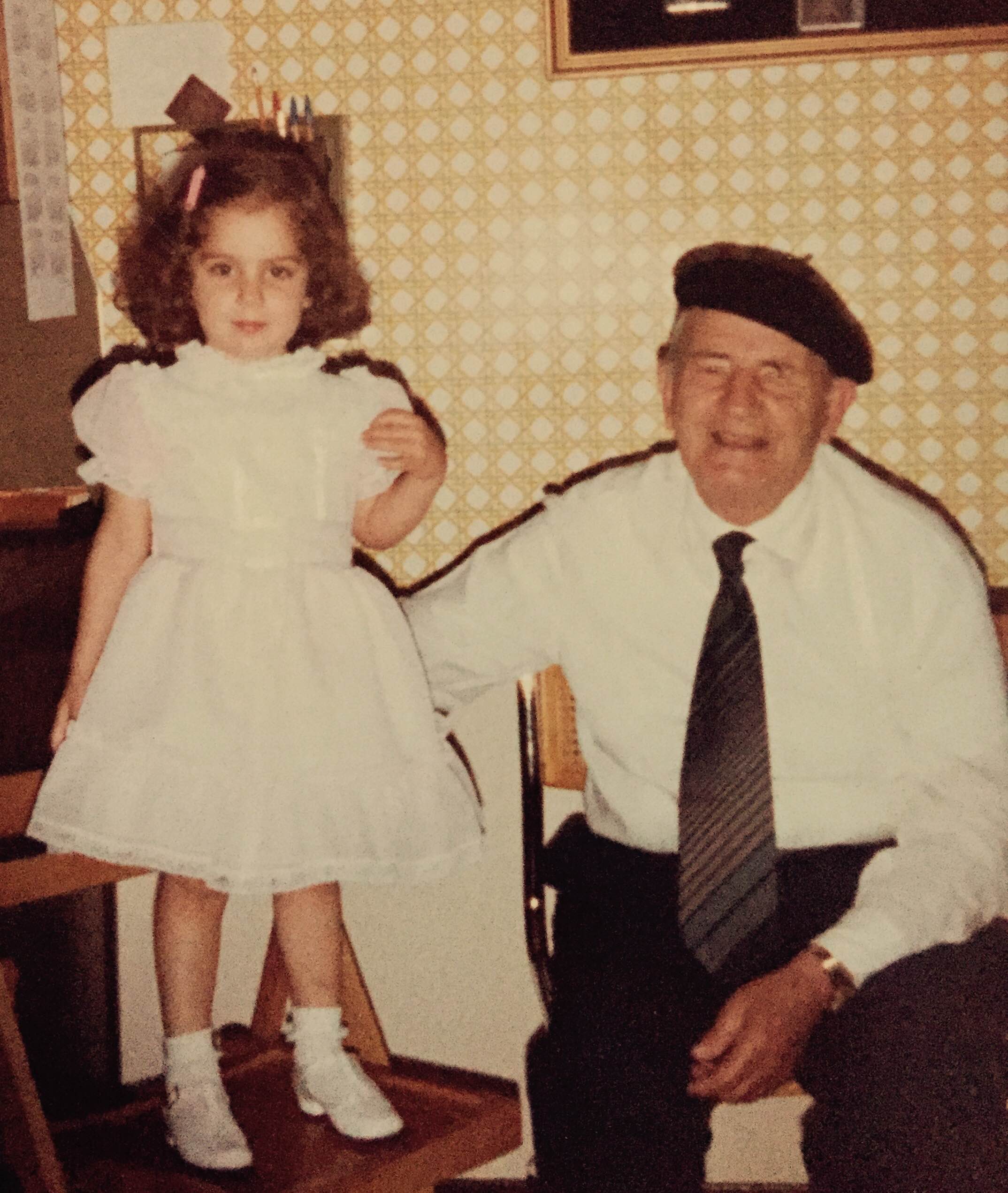 I remember when I first learned about the bad thing that happened long ago. It was in the mid-1980s in Tulsa, Oklahoma where my parents moved to from Beirut shortly before I was born. Like the children of most immigrants, I had become adept at navigating the different worlds I inhabited and at sidestepping the humiliations that often came with being one of the very few students in school whose roots weren’t in Oklahoma (let alone the United States). Sometimes a slight setback would occur (like that terrible day my father put a whole cucumber in my lunch; oh, the pathos I invoked after that ordeal) but for the most part I was staying ahead, being as American as a girl who talked kind of funny and had a weird last name could, deftly incorporating y’alls into my accented speech like a third-generation Oklahoman.


I scrawled on the bottom of that half-empty family tree, “I couldn’t fill in all the names because of the Armenian genocide. One million people died but my grandparents survived. You can ask my parents.”

At home, Lebanon permeated the air. I became used to waking up, coming home, and falling asleep to the sounds of CNN, our only lifeline to a Beirut ravaged by civil war. My parents’ worries and sadness were palpable. I would fall into an uneasy sleep, dreading being woken up by the phone. Those awful nights when it would ring, a chill would run down my spine as I tried to make out my parents’ voices, all the while praying that our relatives were okay, that Lebanon was okay.

This was my normal. My feet so firmly planted in the present that it hardly ever occurred to me that there was something else—something that happened somewhere else, long ago—that had touched my family in ways I could hardly begin to understand. I had my hands full as a 6-year-old processing our exile—little did I know we were exiled from our exile.

I learned about it almost by accident. We had received an assignment in school to fill out a family tree. I came home, a bit baffled by the assignment (fill in some names? that’s it?), and became more baffled still when, after asking my parents for help, it turned out that most of those branches on the family tree were going to have to remain blank. I implored my parents to try to remember. I became desperate, begging them to just make up some names. (I was about to receive a lesson in ethics and family history all at once.)

As delicately as they could, my parents told me my mother’s parents were orphaned when they were young. That my mom’s aunt, who helped raise her, was not actually her aunt, but a member of the makeshift family that formed in the Beirut orphanage where my grandparents met and grew up. I remember asking what happened and being told that there had been fighting in a country called Turkey, where my grandparents were born (yet another revelation: they weren’t even from Beirut!). That bad things had happened and many people died but my grandparents survived. That they were little when they were found and rescued and taken to Beirut. I thought about my grandpa. My always smiling, cuddly dede, who only had one eye and whom I loved more than anything. Who wore a beret, snuck me candy bars, and sang funny songs to me while the bombs fell that time we visited Beirut.

It all suddenly became too much. I just wanted to finish my assignment. I asked for just enough information to include in a note for my teacher. And so, I scrawled on the bottom of that half-empty family tree, “I couldn’t fill in all the names because of the Armenian genocide. One million people died but my grandparents survived. You can ask my parents.”

Somehow, along with the war in Lebanon, the genocide was folded into my consciousness, yet another part of my normal. Something bad had happened to people I loved long ago, and that was it. Absent in my conception of the war and of the genocide were those markers so often used to differentiate and to categorize: there was no Christian, there was no Muslim; there was no Turk, there was no Arab. There was only dede and yaya and mez mama and all those others I would never know. I knew I was Armenian, but I couldn’t have told you what that meant. It was something I only understood through the prism of the life I knew at home: the mixture of Armenian, Turkish, and Arabic we spoke; the shish kebab, hummus, and manti we ate; and the Armenian, Turkish, Lebanese, and American pop that we danced and laughed to when my parents finally had enough of CNN. All my happiness and all my sadness existed here, in this unquestioned plurality.

Of course, I couldn’t stay there forever. Eventually, I began to see myself through other peoples’ eyes and realized the strangeness of our normal. I became painfully aware of the incongruity of all the different parts of myself and of the way my ethnicity, nationality, past, and present appeared to others. I saw a Lebanon of terrorists and belligerent Armenians who couldn’t let go of the past. I became ashamed of my father’s dark skin—that most obvious sign of our “Otherness”—and of my mother’s insistence on asking my teachers why they don’t teach the Armenian genocide in school. And soon I saw the question mark that follows this genocide wherever it goes and that shows itself in the linguistic acrobatics of politicians and journalists avoiding the g-word.

I first saw it at 13, when I volunteered with my mother at an international fair where the small Armenian community in Tulsa had a booth. Included in the brochure that we were handing out was a small paragraph on the genocide. As I returned to the booth after a short break, I saw a stranger berating my mother, telling her she was lying about the genocide. When she calmly engaged him, I should have been proud. But then, I could only see the humiliation of it. The utter humiliation of having to fight to be believed, of having to fight to be heard. Of knowing your narrative must be silenced in order to keep another’s intact. As I watched her with tears in my eyes, an image of my now deceased dede—who I missed more than anything—flashed before me and I wanted to hug him, to protect him like he protected me. And it all suddenly became too much. I wanted her to stop—just please, stop. I didn’t want this anymore. I didn’t want to be Armenian, I didn’t want to be Lebanese. I wanted to be something that could just be.

It’s a yearning too many of us know, this desire to be something stripped of implications, of politics, and of history. It’s something you can’t think about too much because it can feel overwhelming, suffocating. In those moments, I close my eyes and think about when I don’t have to be anything other than myself: eating Turkish food, dreaming in English, gossiping in Armenian, cursing in Arabic, singing with Johnny Cash, and going to the football games on Fridays. I grieve for the family I’ll never know, for those empty branches on the family tree. My stomach turns as I think about the horrors they suffered and recoil at the taunting question mark that mocks our pain. And I cry—I cry because I’m sad, because I’m angry, because I still don’t understand.

And then, when it becomes too much, I think about my dede. I can feel his hand in mine. He sings to me that funny song and we laugh.