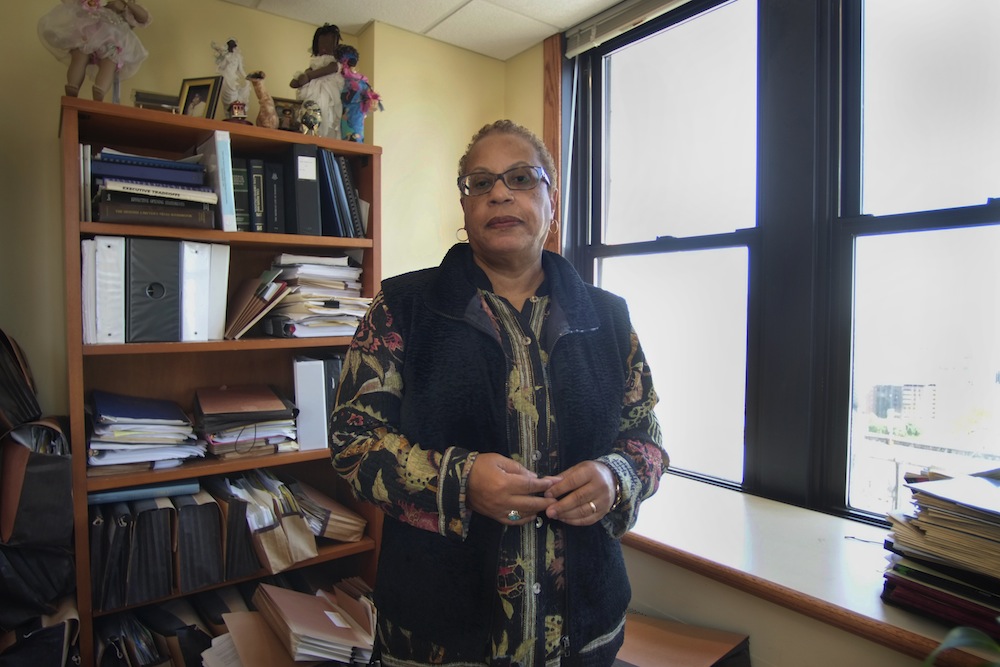 The United States needs a national water affordability law. Such legislation would require each state to have its own statute protecting access to water for low-income people and those below poverty level. To understand why such protection is necessary nationwide, consider the humanitarian and public health crisis in Detroit.

According to our best estimates, over 53,000 thousand Detroiters, residential customers of Detroit Water and Sewerage Department (DWSD), have had their water and sewerage abruptly terminated since January 1, 2013, with the biggest wave coming in the spring of 2014. Of the 33,000 shut-offs that occurred last year, only approximately 18,000 thousand homes were restored to service by the end of the year.


Paying no attention to how much people can afford only produces pain and suffering, not a solution to anybody’s problem.

The city has responded with “payment plans” and other measures to address the problem. None have worked. Detroit began shutting off the water of another 25,000 people this week.

These shut-offs have caused enormous misery. I know because I am representing 10 families pro bono in a civil and human rights lawsuit that was filed on July 21, 2014. And the people taking part in the Lyda et al v City of Detroit lawsuit are just a drop in the proverbial bucket of Detroit’s water issues.

One mother of three, Nicole Hill, had her water cut off twice without notice. After the second cut-off, she developed a severe viral infection and had to be hospitalized for over a week. She had been receiving wildly inconsistent water bills, ranging from $27 to $900 monthly; she also received water bills during the time when her water was shut off.

Denise Donaldson said in a declaration that she lost her water service while her mother was bedridden and required tube feeding, even though rules are supposed to require medical waiver.

Maurikia Lyda, the lead plaintiff in the case, had her water was shut off after her landlord didn’t pay the bill. She sent her four children to live with relatives because lack of water makes a home uninhabitable under Detroit ordinances. She feared that protective services would take children away because state law gives agencies the right to remove children living in uninhabitable homes.

Other testimony has come from a senior citizen on fixed income who had had her purse stolen. She was trying to get on one of the Water and Sewerage Department’s “payment plans” that allow residents to pay their bill in installments to get their water turned back on. But she couldn’t—even though she had the money to pay—because she couldn’t produce a current I.D.

Among the common themes in the testimony: Water was shutoff without notice. High bills were often the product of irresponsible behavior by landlords. And leaky, aging water infrastructure contributed to the high bills.

I don’t know exactly how many of Detroit’s children, elderly, disabled people, or others who are at risk are living in houses without water. No state or local government has made a comprehensive count and assessment of everyone who has been affected.

What we know is that the shut-offs—and the “payment plans”—haven’t resolved the problem. The department may need money to operate its system and recover from a staggering load of debt, but paying no attention to how much people can afford only produces pain and suffering, not a solution to anybody’s problem. Public and private sanitation risks are magnified where no water is available in the home.

The water shut-offs of 2014 were so harsh that fear, humiliation, and embarrassment were common. In mid-2013, a contractor, Homrich Wrecking, was hired to perform the shut-offs at a cost of $5.6 million. The work was done without following due process requirements, which call for notices and medical waivers. The contract trucks simply started at one end of the blocks and shut off water to half or three-fourths of Detroiters on the same blocks. The contractor left a blue stigmatizing mark, spray-painted on the water cap and many sidewalks.

In April 2014, the DWSD shut-off policy required shut-off if the bill was 2 months late or over $150.00. A majority of Detroiters were at risk for water shut-off. The 2014 water shut-offs occurred in a city facing a constellation of other economic and social hardships. Nearly 40 percent of households lived below the federal poverty level. Unemployment stood at more than 12 percent, twice as high as other Michigan cities.

Detroiters have responded. Various non-profit organizations have organized. In addition to our lawsuit, a complaint about the water shut-offs was filed with the United Nations.

George Gaines, the former deputy director of the City of Detroit Health Department, has said that the shut-offs create a public health emergency: “You also don’t have any water to wash your hands, and so you begin to think immediately about what diseases that would result from insanitary ways of defecating.” That includes hepatitis, Salmonella poisoning, and carditis (inflammation of the heart). All of these diseases are communicable.

What are solutions to this crisis in Detroit—and to the threat that water shut-offs can cause anywhere?

First is the national legislation—in effect, a federal mandate establishing a uniform policy on water and sewerage affordability, based on each residential customer’s ability to pay. There should be a dedicated source of federal funding to the Drinking Water State Revolving Fund that could be used to address aging water and sewage infrastructure, a significant contributor to high bills and water waste around the country.

In Detroit, what’s needed is an immediate assessment of the number of Detroiters living in homes without water, including a survey of the number of children, disabled, elderly and other at-risk citizens, with a review of public health and safety issues. This idea is part of legislation now being considered in Lansing, the state capital. In the meantime, all water service should be restored and it should be determined which customers are eligible for assistance programs.

Detroit also needs an immediate amnesty stopping criminal prosecutions of alleged “water thieves,” which is how the city has characterized people who have received water but not paid for it. Why not evaluate these Detroiters for financial assistance—turning alleged criminals into contributors?

The policy should be: water and sewage services should be terminated only if it is determined that the person has the ability to pay, but has not. An expert named Roger Colton has developed a Detroit Water Affordability Plan that would tie bills more closely to people’s ability to pay. It would also include improved procedures for managing and conserving water, protecting consumers against late fees, and collecting from those who haven’t paid but can.

It should be implemented as soon as possible.