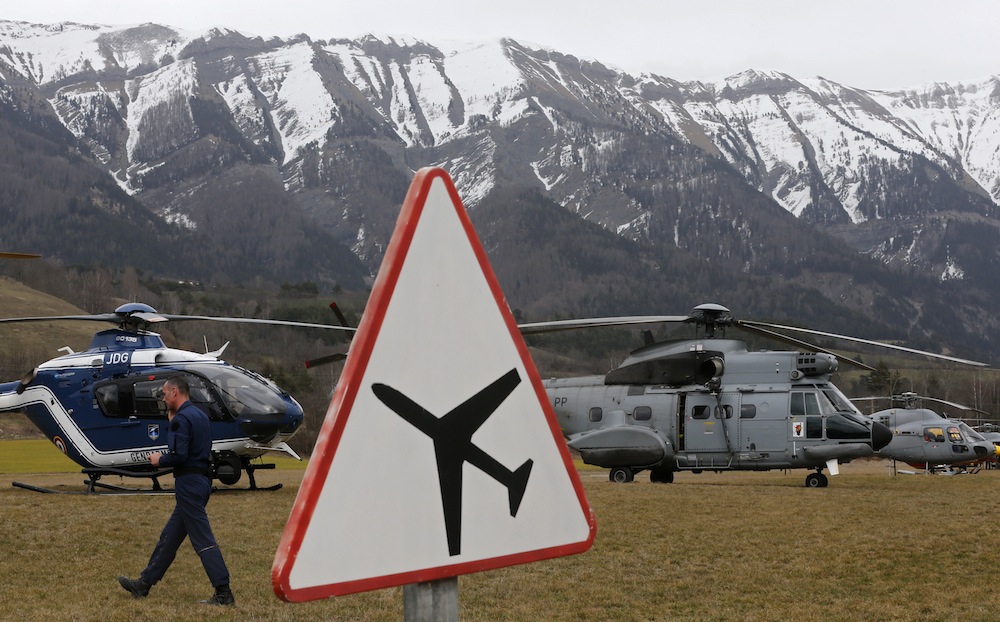 Over two months after co-pilot Andreas Lubitz deliberately crashed a Germanwings plane into the Alps, airlines and regulators are still debating how to prevent such a tragedy from repeating itself. Recently, in his first newspaper interview since the crash, Lufthansa’s CEO suggested random medical checks on pilots. If only it were so simple.

As a captain for a worldwide charter company based in Southern California, I know that from a statistical standpoint, flying on a scheduled airline is safer than ever—and cheaper, too. But those cheap fares come with a price—and much of that price has been paid by those of us who fly for a living.

Airline passengers—at least those old enough to reminisce about the days when people dressed up for flights that offered good food and impeccable service—are well aware of how conditions in the passenger cabin have deteriorated over the years. What they don’t know is how much the situation in the cockpit has been degraded. Just like you, pilots are nostalgic for the days when well-dressed passengers and better working conditions were the norm rather than the exception.

And this is cause for major concern. Nobody enjoys a sullen passenger, but the person stuffed into that row 39 middle seat isn’t responsible for the safe conduct of the flight.

If you find air travel unpleasant—and let’s face it, most people do—remember that airline pilots constantly deal with its worst aspects: surly customers, mechanical issues, jet lag, overcrowded airport terminals, long lines getting to and from the runway, and a wide variety of weather issues. We’re circumnavigating thunderstorms in summer and making critical decisions about airframe icing potential in the winter.

The vocation involves long days. A three-pilot airline crew is allowed to be on duty for as long as 17 hours. In addition, this is not a 9-to-5 gig; work might start at 8 a.m. one day and 8 p.m. the next, and much of that time is spent strapped into a seat in a space not much larger than a phone booth. Professionalism reigns, but the atmosphere can be challenging: full of vibration, wind noise, turbulence, heat, and electronic sounds from avionics. There are lights, switches, and screens to watch over, radios to monitor, controllers to talk to, paperwork to be filled out, and fuel burn to gauge. We try to find the altitude with the smoothest air for our passengers and, as Sinatra crooned, “get them to the church on time.”

That said, many aviators love flying so much that they want to do it when they’re off work. You’ll find lots of commercial pilots hanging out at smaller airports for fun. Can you imagine going to the office on your day off because you enjoyed your job that much? It takes a lot to beat that kind of passion out of a person, but the airline industry can do it.

It doesn’t have to be this way. There are a few common-sense changes that could make the work of flying a scheduled airline more humane—and make passengers safer, too.

One fact of airline life that often amazes civilians: The captain is not always the oldest or even the most experienced pilot onboard. A pilot’s status with the airline is based exclusively on his or her seniority with the company. As long as your conduct isn’t bad enough to get you fired, it doesn’t matter if you’re the best pilot at the airline or the worst.

Promotion from first officer to captain is based solely on your date of hire with that specific airline. You could be at the top of the seniority list at one airline, but if you move to another company, you start out at the very bottom. It makes no difference if you quit voluntarily, were furloughed, or were laid off due to a merger, bankruptcy, or liquidation of your old company. You are welcomed aboard at NewCo with the worst pay and worst schedule, flying the worst equipment to the worst destinations. As one industry veteran put it, “It’s like a hospital with a staffing problem that refuses to hire experienced doctors unless they start out as an intern, even if they happened to be an experienced surgeon from another hospital with 30 years’ experience.”

The unions are heavily entrenched at most airlines, so eliminating this system would be difficult. But at the very least, why not combine the seniority lists of all airlines into one master list? This would allow pilots to move between airlines and maintain a relative career position. It’s an easy way to bring some stability to an unstable industry.

It also would reduce the strain on the many pilots who must commute by air to their jobs because they live in a different city than the one where they’re based.
What’s the big deal about such commuting? It’s another 3,000 miles of travel each way for a surprisingly large number of pilots who live on one coast and have a job on the other, in part because of those seniority lists. Whether the airline has closed a hub or the pilot is changing aircraft, it’s less disruptive than switching airlines or uprooting the whole family. From what I’ve seen, such commuting does more than just about anything else to destroy a pilot’s quality of life. It dramatically raises stress and fatigue levels, and it’s so unnecessary. A master list would make it easier for pilots to switch jobs so they could fly routes closer to where they live.

Flying is a stressful job already. Pilots undergo periodic medical exams, and many feel that this aeromedical certification system failed us badly in the Germanwings incident. I agree. But rather than condemn the system for failing to weed out a suicidal pilot, I fault it for creating an atmosphere where an individual with mental health issues was motivated to hide his problem for fear of losing his career.

The thing most likely to head off a future tragedy isn’t more federal rulemaking, but rather a hazard-free path for pilots to get help without putting their livelihoods on the line. There are already programs in place that encourage pilots to seek help for mental health and other issues. One of those is called Project Wingman, a collaboration between one airline and the pilots’ union that established a 24/7 confidential emergency mental health hotline for pilots to report anonymously either their own or their fellow crew members’ mental health issues.

My company participates in a program called ASAP, which encourages voluntary reporting of safety issues and events that come to the attention of pilots. Employees voluntarily report safety issues even though they may involve a regulatory violation, and in exchange both the FAA and the employer waive any sanctions or enforcement. It’s a win-win, and it doesn’t require thousands of pages of rules (or dollars).

Human factors outpace mechanical failure as the root cause of accidents by a ratio of nearly nine to one. If the day ever comes when a pilot-less airliner takes to the sky, humans will still be a prime part of the equation: programming the systems, flying remotely, servicing the aircraft, and swinging wrenches to keep it airworthy.

What will we reminisce about then?