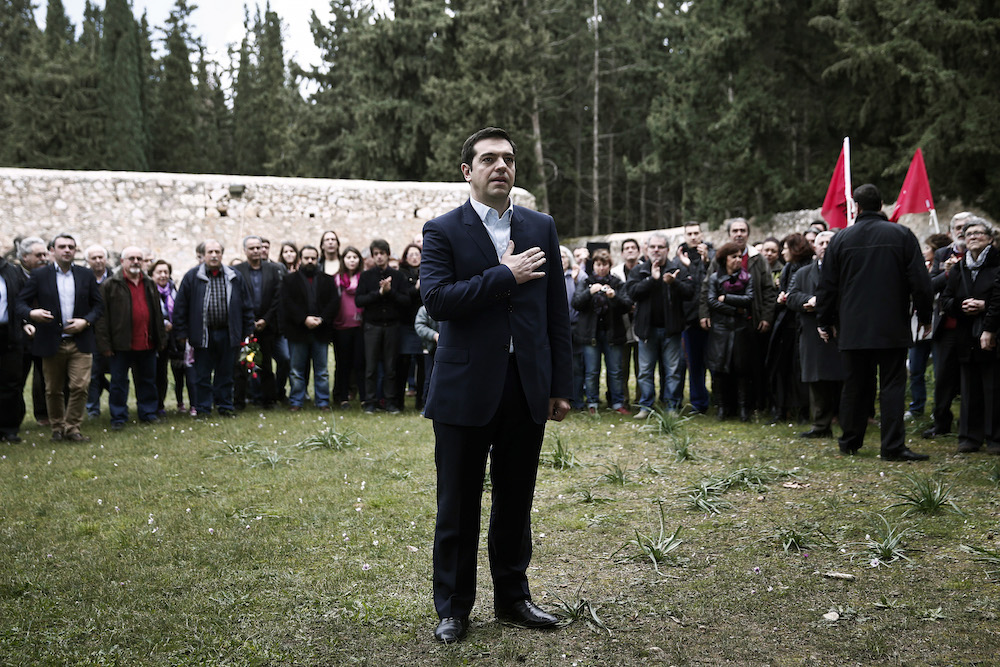 After months of difficult negotiations, Greek Prime Minister Alexis Tsipras has called for a public vote Sunday on whether or not Greece should accept the austerity measures that its creditors are demanding to avoid default and a possible ejection from the euro currency zone. The international reaction to the planned referendum has been swift, and nearly universally negative, accusing the leftist Greek leader of temporizing and engaging in a bit of demagoguery at the expense of his creditors and nation. The criticism has even made its way to Urban Dictionary:

Greek Referendum
Noun. An act of intense self-destruction. A suicidal act. Usually harms many people, not just the person committing the act. Often causes those witnessing the act to facepalm or exclaim in a loud voice, “Why?”

The average Greek citizen is not a political economist or an expert in international finance, which means most eligible voters aren’t nearly knowledgeable enough on the technical financial issues involved to make an informed decision—certainly not as informed as the government they elected to make these decisions. Nevertheless, the mere fact that Greek citizens are being given a choice means that the Greek referendum might actually be good for the country in the long run.

Greece is facing two very bad options. On the one hand, it could turn down Europe’s bailout proposal, reject the attached austerity measures, and face the wrath of its creditors. This would destroy Greece’s credit rating for years and probably lead to the country’s exit from the European Union, which would in all likelihood trigger massive capital flight, inflation, and all sorts of other economic horrors. On the other hand, Tsipras and his team could accept yet another round of harsh and unpopular austerity measures, further cutting salaries and pensions and raising taxes, under the hope that this austerity package (unlike the last several) would finally lead to an improvement in the Greek economy. But with unemployment already at record highs, this would put severe financial strain on Greek families, and potentially cause the economy to collapse further.

In other words, it doesn’t matter which decision the Greeks make; the ramifications are going to be pretty bad. It’s pick-your-poison time. And that is true whether the decision is made by bureaucrats or voters.

One might say that the biggest threat to Greece right now, however, isn’t austerity, nor is it leaving the Euro. The biggest threat to Greece right now may be the political instability that could result from citizens’ frustrations regarding the inevitable fallout from either of those two unenviable paths. Disruptive protests, rioting, constitutional change, or (at worst) an unconstitutional change in government or regime would only make Greece’s economic situation worse—and could have ripple effects on every aspect of Greek life for years to come.

It’s hard enough to get the economy back on track with a bad credit rating or under the burden of austerity measures or hyperinflation. That becomes much, much harder if strikes shut down public transit and industry, violent protests require the government to use its already scarce funding to hire additional police and security, or the tourist industry collapses because civil unrest gives the impression that the country isn’t safe to visit.

So how does the government in Athens prevent such unrest? Bringing its citizens into the decision-making process may make them more likely to accept the ultimate outcome, whatever that outcome may be. As discussed in our book, Democracy Despite Itself, there is a strong psychological principal which tells us that people are much more at peace with a decision—even one they disagree with—if they are given a voice in the decision-making process. This so-called “procedural justice” also reduces corruption and makes people more willing to follow rules and get along (all things Greece needs from its citizenry if it is going to get out of its fiscal crisis).

There’s plenty of research that captures these effects. During the 1991 California drought, the amount of water residents rationed wasn’t influenced by their beliefs about the drought’s severity, but instead was driven by how fair they thought water pricing and allocating polices were. Other studies have shown that people are more likely to pay taxes when they get to vote on where the tax money goes, even when they aren’t on the winning side of the vote. If the goal is to get Greek citizens to conserve scarce resources (which would reduce government costs) and pay taxes on time (a perennial problem in the country), the government needs to be sure that the electorate perceives that decisions were made fairly.

A referendum, by its nature, is a stabilizing measure, meant to forestall the social and political turmoil that a tough decision can incite. Yes, representative government has its merits, but especially in a country like Greece, where political parties and state institutions don’t enjoy the highest levels of public trust (and there is a widespread perception that foreign creditors control the government to the exclusion of the electorate), putting existential questions directly to the people can help create legitimacy for the actions the government takes.

The referendum isn’t likely to help Greece make a better decision, but it very well could help Greece nonetheless. Whichever path the Greek voters decide, given how bad both of the options are, the mere fact that the voters themselves are deciding could make all the difference in the world.