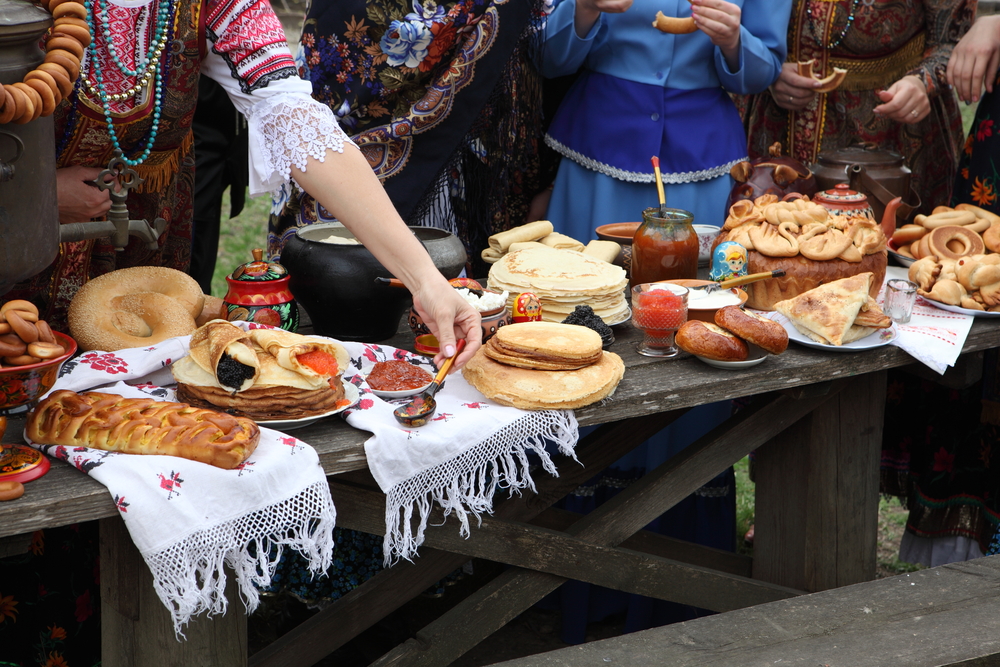 On the question of excess—of too much food, drink, or anything else—poet William Blake wrote, “You never know what is enough until you know what is more than enough.”

This bit of wisdom from Blake’s The Marriage of Heaven and Hell (1790) gets at how tricky it can be to measure how much is too much—to know when the glass is full and set to overflow.

In modern America, one need not look hard for signs of excess. Everything is big here, from our cars to the portions of our meals. Indeed, one-third of American adults are obese. On the other hand, we’re obsessed with healthiness and moderation, as evidenced by “carbophobia” and our fixation on the latest diet fad.

When we move toward asceticism, what do we miss? In advance of the Zócalo/Getty event “Can Gluttony Be a Virtue?’ we asked a handful of thinkers: Can excess ever be a virtue?

Most of human history has been defined by the struggle for sustenance, and what the stomach has lacked, the imagination has filled in. The medieval fantasy of Cockaigne offered houses shingled with pies and trees abundant with pancakes; America’s own Depression-Era Big Rock Candy Mountain featured lemonade springs and hens laying soft-boiled eggs. Carnival festivities invariably included rich, fatty treats as a final indulgence before the deprivations of Lent. Throughout Europe, noblemen periodically quelled discontent by encouraging the poor folk to fight over their feast’s leftovers. Although the Church condemned such excess, gluttony—like other sins of delight—proved difficult to tame.

Immigrants fleeing famine imagined the United States as a land of plenty. Even an aristocrat like Alexis De Tocqueville was “baffled by the sheer quantity of food that people somehow stuff down their gullets.” Groaning boards hold particular appeal for Americans: After the Swedish smörgåsbord was introduced at the 1939 New York World’s Fair, it morphed into the all-you-can eat buffet, to the lasting detriment of America’s health.

Even earlier, 19th-century reformers like Sylvester Graham had advocated restraint in the diet, primarily to reduce carnal appetites. Today’s proselytizers are of a different ilk in their near-total disregard of desire. We are admonished to count not just calories but micronutrients, to focus on superfoods containing antioxidants and minerals that promise longevity and health. This quest has led to a national ill of free-floating anxiety and fear of food, a fear that erases pleasure. In our current crusades for well-being, deliciousness is too often ignored, and enjoyment is lost. The U.S. would be a much healthier society if we encouraged people to seek out flavor, to enjoy all foods in moderation, to indulge in the occasional forbidden fruit. Let’s bring pleasure back to the palate and to the plate!

Darra Goldstein is the Adsit professor of Russian at Williams College and editor in chief of The Oxford Companion to Sugar and Sweets. Her most recent cookbook, Fire + Ice: Classic Nordic Cooking, was just released by Ten Speed Press.

Aristotle said that virtue is the mean between the extremes of deficiency and excess. When someone steals your parking spot, you’re virtuous if you’re neither a milquetoast nor a madman, but something in between—maybe you honk or display a well-chosen digit. Being virtuous, Aristotle thought, is a matter of being temperate, moderate, balanced.

Moderation is great advice for keeping body and soul together. You shouldn’t seek out unnecessary conflict when it means risking life and limb; you shouldn’t be a glutton since that may lead to painful disease; and you shouldn’t be a spendthrift if you can’t pay your utility bill.

But moderation is terrible advice for that part of life concerned with living—that is, making something out of your life. Once you’ve got the basics covered, being virtuous is a matter of committing to something and putting yourself behind it. It can be anything (except the illegal or immoral!)—raise a family, learn how to pilot an airplane, be crackerjack at your job, create a beautiful garden. Once you commit to doing something, your pursuit of it is not a matter of pinched, careful allotment of your time and energy, but of decided excess—of giving yourself over to it wholeheartedly.

Ruth Chang is professor of philosophy at Rutgers University, New Brunswick. Her TED talk, “How to Make Hard Choices” has been viewed over 3.5 million times in the past year.

This hasn’t been good for my waistline, but funnily enough, it has been good for my personality and ego. When I was more svelte, I was, to put it in precise psychological terms, Judgy McJudgerson. Obsessed with my weight, monitoring what I ate closely, and a two-scale owner (one for the bathroom and one for the hallway). Sure, my body looked pretty good, but what did that get me? Dates with superficial jerks and friendships with similarly superficial people.

I finally wised up somewhere in my early 30s and realized that outward beauty and charm are no indicators of character or kindness. And that revelation set me free. Free to be me, to eat a little more, to exercise a little less, and to just plain relax. These last few years of pure, unadulterated gluttony have made me a nicer, more compassionate, more forgiving person. Literally and figuratively, I’m a softer, squishier version of my former self. And most importantly, I’ve learned that it’s A-OK to be fully imperfect; that’s where our subtle, vulnerable beauty lies anyway.

So thank you, gluttony, you fifth of the seven deadlies, for showing me that there’s a time and place for indulging, enjoying, and not giving a damn. Now please excuse me while I go devour some chicken tikka masala and German chocolate cake.

Sheenie Ambardar is a psychiatrist and psychotherapist in Beverly Hills with a private practice called The Happiness Psychiatrist. She combines Eastern and Western philosophies in the treatment of mood disorders.

Freedom of choice is essential for human well-being, but there is such a thing as too much choice—too much of a good thing. When people have too much choice, they are paralyzed rather than liberated, and end up feeling less satisfied with their decisions.

This “inverted U-shaped curve” relating choice to well-being is not an anomaly in human behavior, as Adam Grant and I wrote in a 2011 article. Instead, we suggested, it’s routine: Some of X is good, but more of it is worse. To support this claim, we cited evidence of an inverted U for many human attributes, including motivation, perseverance, and teamwork.

I wish we could take credit for “discovering” the inverted U, but alas, all we did was marshal evidence for a view that Aristotle articulated more than 2,000 years ago. He famously argued that virtue resided in the “mean” (not the arithmetic average, but just the right amount). For example, courage was the mean between recklessness and cowardice.

It follows from this perspective that excess is never a virtue. Indeed, the very word “excess” implies something negative. We can be too courageous, too honest, too persevering, too kind, too empathetic, too perfectionistic, too cooperative. You name it, and “vice” lies in both insufficiency and excess. Think of pretty much any good human attribute, and there can be too much of it.

But there is one exception—what Aristotle called practical wisdom, and what we might call judgment. After all, finding the mean is challenging and can’t be done by mathematical formula. Every situation is different. Honesty in one situation is cruelty in another. Our task is to find the mean—the right amount—and the virtue we rely on to do that is wise judgment. When it comes to judgment, the more the better.

Barry Schwartz is professor of psychology of Swarthmore College, and author of The Paradox of Choice and Practical Wisdom (with Kenneth Sharpe).