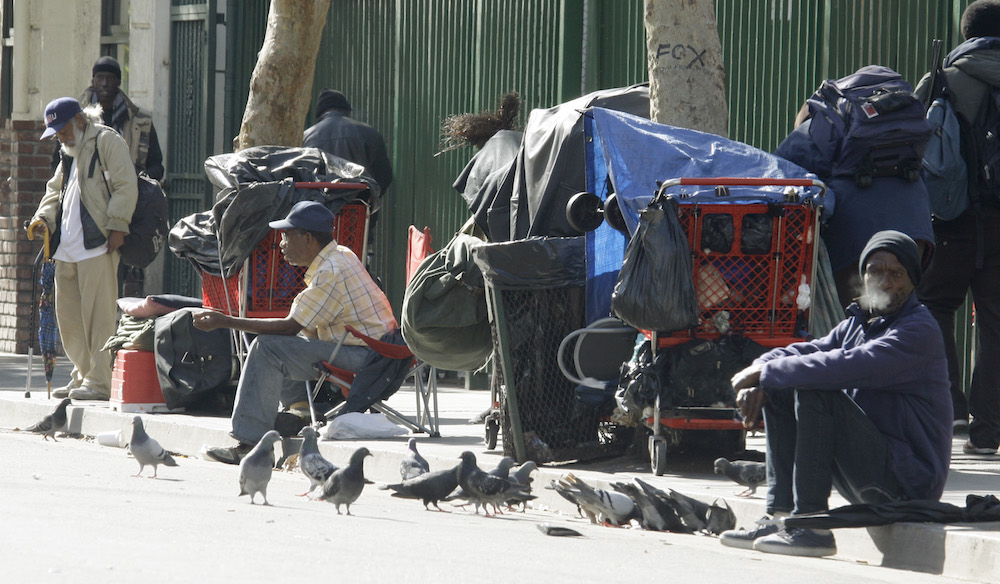 Homelessness is often described as a problem we must solve—and Los Angeles city and county now have expensive plans to do so. Homelessness is also an industry.

And as George Mason professor Craig Willse shows in his book, The Value of Homelessness: Managing Surplus Life in the United States, that industry is designed to manage costs rather than challenge the mechanisms that create and maintain homelessness.

As someone who has spent eight years working in nonprofit homeless services and studying homelessness, Willse’s book struck a nerve. It also confirmed the hypocrisy of my situation—of my desire to help those most vulnerable due to their extreme poverty, and my knowledge that I’m part of an industry dependent on the existence of extreme poverty.

Homeless services don’t end homelessness; they manage it. While the industry is dominated by nonprofits, there is money to be made, and we have accepted the reality that homeless services are professionalized, and offer career opportunities and—sadly—a certain security.

Homelessness is not routine—it’s a deeply personal experience of suffering, and its causes are largely systemic. Many of the folks that I’ve met through my work became homeless because of the way their life and choices were constrained by forces outside their control.

Larry (I’m required to use a pseudonym as a condition of my work and research with homeless people) grew up in a poor neighborhood in South Los Angeles. His father left before he was 9, and his mother struggled to provide for him and his siblings. He learned to cook and hustled for the family, but, bitter with what he saw as few options, he got into gang life, and started robbing and dealing. He was in and out of prison for nearly three decades. Out of prison, he wound up on the streets or in homeless shelters. He told me he about his aspirations to go to college and get a good job. Larry hoped to overcome the bad decisions he had made, he said, but the economy didn’t have a place for people with his record and background, and the legal system termed him a failure and pulled him back in after every slip or relapse.

In my work, I have observed common themes in narratives such as Larry’s—families without resources, life-long struggles with poverty, neighborhoods with limited economic opportunities and experiences of deep trauma. Of course, many people I serve also have high psychiatric needs and chronic health conditions, but I don’t buy into the notion—common in popular, policy, and academic interpretations of homelessness—that these conditions are the primary cause of homelessness.

Through false interpretations, I fear we have constructed an imaginary chronically homeless person—mentally ill, with substance abuse and other issues. That hides the life experiences and structures behind their troubles—everything from lesser education for those who are poor and have special needs, to an economy that limits social mobility, to a criminal justice system that swallows up poor people, to health care systems that underserve the poor and mentally ill, to housing markets that don’t provide enough safe and affordable options. Framing homelessness as a pathology reinforces the legitimacy of the industry and places the blame for housing deprivation on the individual.

Herein lies the dilemma—I am one of many who work to support individuals to better meet those needs, but in the context of an industry that presents no challenge to the realities that largely create and exacerbate those needs.

Through false interpretations, I fear we have constructed an imaginary chronically homeless person—mentally ill, with substance abuse and other issues. That hides the life experiences and structures behind their troubles.

In my research as a graduate student in applied anthropology at California State University, Long Beach, I explored some of the limitations of supportive housing as a response to homelessness. I completed the research at Lamp Community, a nonprofit homeless services organization in the city of Los Angeles. I did life history interviews with people in the housing program, interviewed staff and administrators, all the while documenting my observations. I found that life-long courses of trauma and poverty caused housing insecurity that led people to become homeless. I also found that housing insecurity remains even once a person makes it from the streets to supportive housing. Of course, the committed work of staff in providing services and intervention can sometimes help them keep their housing, even in tenuous situations. But all such efforts are temporary, since supportive housing, like the rest of the homeless industry, fails to confront the inequality, poverty, health care, and other systems through which homelessness exists.

In exploring and describing these limitations, I hoped that my research would be read as a challenge to the assumption that these programs exist solely to do good. Rather, these programs are not simply a humanitarian response to deprived populations. They are also economic endeavors, as Willse suggests, that are part of a system of homeless management. My hope was that such an analysis would inspire a rethinking of how we confront homelessness. But I also questioned whether my research would simply amount to a step forward in my professional and academic career, to be buried on a bookshelf.

When the city of Los Angeles declared a state of emergency in October 2015 and committed $100 million to address homelessness, I couldn’t help but see it through this more skeptical lens. Of course there will be folks who benefit from the infusion of millions of dollars into the homeless services industry. But if we accept Willse’s thesis, then expanding the industry doesn’t bring us any closer to ending homelessness. So the state of emergency and funds appear less humanitarian and more aimed at masking the visible reminders of our disparate economic and social systems.

As downtown Los Angeles gentrifies and a palpable tension between the newer tenants and those living on the streets grows, the pressure to better manage the homeless population mounts. What has been an ongoing issue for decades is suddenly framed as an emergency due to the proximity of visible poverty to idyllic housing development.

Many advocates have argued that housing should be considered a human right, but in our society it is first and foremost a commodity—a commodity increasingly unaffordable for most. Still many advocates adopt the argument that housing the homeless is cheaper than leaving them on the street, as a way of getting new policies and more funding. This demonstrates how effectively economics dominates the discourse of homelessness. Take the logic to the extreme, and you understand the horror of such thinking: If homelessness and costs shift so that abandoning homeless to the streets is cheaper, should we stop trying to find them housing?

There will be people who get housing and maybe enough of the much needed support to retain it as result of Los Angeles’ decision to take some action, but most individuals will continue to live in vulnerable places and without stable housing. Warehousing visible poverty in the limited pool of subsidized housing may create the appearance of a reduction in homelessness, but that’s just an appearance.

Of course I want to make a difference. That’s what drew me to the field of homeless services in the first place. But the poverty and trauma I’ve seen have convinced me that we are failing. The nonprofit industry and all our emergencies will not end homeless.

What will? Real advocacy that isn’t compromised by the funding of an industry. Advocacy that produces deep changes in how our economic system creates and responds to poverty, how we create housing, how people get the health care they need.

While I can focus on the day-to-day work—the great team I collaborate with, the amazing people I’ve met during my time in the field, and the ways we exercise compassion and, in a small way, attempt to lessen the harshness of our broader system of violence—I’d rather simultaneously confront the hypocrite that I’ve become. I can’t help but encourage others caught in the web—advocates, case managers, clinicians, administrators, academics, politicians—to do the same.