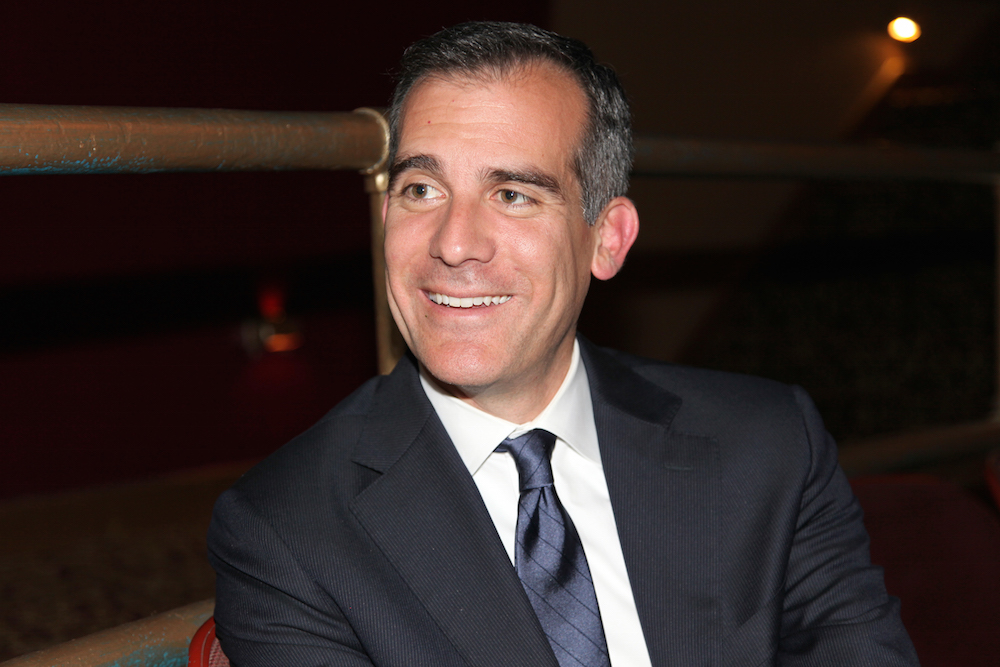 Eric Garcetti is the mayor of Los Angeles, and a serious fan of goofy humor. Before participating in a conversation with three comedy legends at the Million Dollar Theatre to accompany a screening of Airplane!—his pick for Zócalo and KCRW’s “My Favorite Movie” series—Mayor Garcetti talked in the Zócalo green room about playing the piano for his daughter, the wonder powers he wishes he could activate, and the sort of nickname you end up with when your name rhymes with “spaghetti.”

The Ice Storm—it’s a beautiful movie, a gorgeous movie.

I don’t drink coffee. Caffeine has an inverse effect on me: It makes me tired.

What piano piece are you most likely to play at home alone?

A song I’m working on right now. It’s kind of a slow jazz piece with a lot of harmonics in the “’Round Midnight” genre. For my daughter, I might play “I’m Not That Girl” from Wicked.

What piano piece are you most likely to perform for an audience?

Probably the first one when it’s done.

Do you have any recurring dreams or nightmares?

You know, I can barely remember my dreams when I wake up. But I’m a good sleeper: Give me two minutes or two hours and I’ll take advantage of it.

Everyone wants to fly. But I think I’d like to be like Jayna, who can turn into any animal, or Zan, who can turn into any form of water. The Wonder Twins. They’re just cool. All the rest of the superheroes seemed kind of aloof and untouchable—the twins are people you can relate to. Water and an animal could save the day!

Probably the stone. I lived in Britain and it seemed like the most archaic measurement. Eight stone … I have no idea—it weighs as much as eight rocks?

Sure. None that really stuck. Erico from my Spanish-speaking grandparents. Spaghetti-Garcetti. In college: “Gar-Sweaty” and “Gar-Sexy.”

What’s your favorite thing about being mayor of Los Angeles?

Seeing peoples’ lives improve—and being part of that.

What’s your favorite kind of taco?