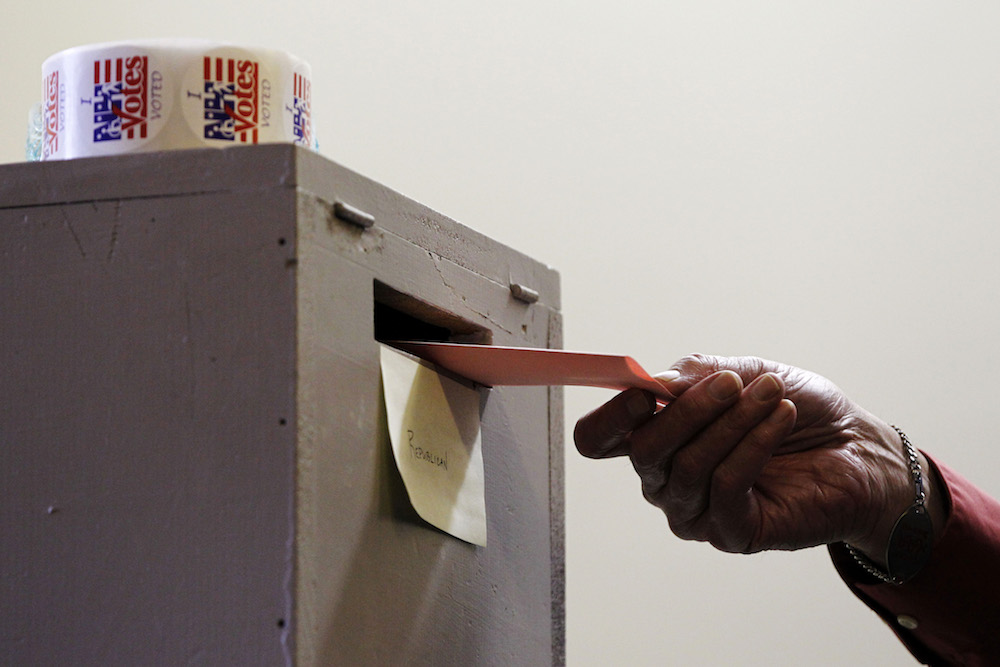 Before you chuckle, first consider how far we’ve come since April 1776, when John Adams wrote that a legislature should be “in miniature, an exact portrait of the people at large.”

Over the past couple of centuries, our definition of “the people” has expanded to include people without property, former slaves, and women, but the ideal of legislative bodies that actually resemble the citizenry still eludes us. Congress is a political class distinct from the citizenry—whiter than the American population at large, much more male, and much wealthier. A majority are millionaires. Our national legislature is very far from any resemblance to a “portrait” of the people.

Modern elections make this pattern unlikely to change. Private money dominates federal elections and, increasingly, state and local contests. Elected legislators play to broadcast and social media by vilifying opponents and grandstanding on behalf of parties, lobbyists, or themselves. Partisan electoral imperatives encourage politicians to focus on vilifying opponents and raising campaign funds, rather than governing. Members of Congress spend a huge percentage of their time courting donors.

Conflicts of interest, corruption, and systemic dysfunction are woven through American legislative history, from Tammany Hall in the 1780s to the Savings & Loan crisis of the 1980s and the recent federal government shutdown. One reason is that the electoral system itself often attracts the wrong kind of candidates and rewards unethical campaigning. Gerrymandered district boundaries, voter suppression efforts, and winner-take-all election laws serve to restrict voter choices. People who choose to run for election are too often driven by ego and personal ambition, qualities at odds with the genuine give and take of deliberation. Donald Trump may seem to stand out in this regard, but his character flaws are less distinctive than his willingness to parade them publicly as a kind of perverse populist brand.

So why not random selection instead? Yes, tossing Congress, en masse, out its own front door and refilling the chamber with everyday citizens might seem like a crazy idea. But when asked about this prospect in surveys conducted in 1999 and 2012, Americans place more trust in a randomly-selected body than in Congress.

So what if we took that idea seriously? Could we replace some of our elections with selection by lot, also known as “sortition?”

Sortition has considerable advantages over elections. Equality and fairness are baked into its selection process. Unlike elections, public lotteries cannot be readily rigged or bought. The members selected by lottery would owe nothing to special interest donors or party leaders. They would be free to focus on making good policy, instead of fighting each other for power and playing to the media, which now feeds on the permanent election cycle as voraciously as politicians themselves.

Americans from all walks of life would see people like themselves in a Citizen Assembly selected at random. Women, for instance, would make up roughly half its membership, and a plurality of its members would probably identify as political independents.

Though this Assembly would be representative, skeptics might doubt its ability to govern effectively. Would the random rabble prove competent at drafting laws, holding committee hearings, weighing expert testimony and evidence, and deliberating in the public interest?

A handful of the Assembly’s lawmakers might prove to be rascals or incompetent, though perhaps at a lower rate than among an equivalent body of elected legislators. What matters, however, is the collective capacity of the whole group, when supported with professional staff and resources. A randomly selected body of citizens, free from special interest control and partisan electoral imperatives, could well be more capable at finding optimal policy solutions than an elected body at war with itself.

Social science supports this idea. A randomly selected legislature would be more likely than an elected one to harness the “wisdom of crowds,” whereby a large number of diverse individuals can arrive at better solutions than a small group of comparatively homogeneous experts.

It’s not just a social science dream. Sortition has precedents. It was part of the earliest recorded history of democracy. In the reformed democracy of ancient Athens, panels of citizens chosen by lot (not the mass Assembly) made remarkably good laws for a hundred years. Aristotle’s Politics stated that “the appointment of magistrates by lot is considered democratic, and the election of them oligarchic.”

Sortition is also already at work in the United States. Small bodies of randomly selected citizens, in the form of civil and criminal juries, serve a vital democratic role. Through the jury system, we ask fellow citizens to resolve cases that could result in life imprisonment or a billion dollar judgment. On the whole, they do an excellent job, and a growing number of nations, such as Argentina, Japan, and South Korea, are now establishing jury systems of their own.

Less well known are the hundreds of experiments in citizen deliberation conducted in recent decades. The State of Oregon, for example, established a process in 2009 in which randomly selected panels of citizens listen to pro and con arguments for a week, then write an analysis of each ballot initiative for the state’s voter guide. This Citizens’ Initiative Review has inspired similar experiments in Arizona, Colorado, and Massachusetts. Outside the U.S., sortition has been used to revitalize student government in Bolivia, draw up city budgets in Australia, rebuild infrastructure in China, revise election laws in Canada, and convene a constitutional convention in Ireland, to name but a few.

The role of a randomly selected legislature in the U.S. could begin as a modest one. It could start with the special authority to resolve those questions where legislative conflicts of interest are greatest: drawing district lines, setting salaries, and watching out for corruption.

The next step could give the randomly selected body the power to draft, revise, or review legislation. Or it could have the final vote on key legislation and budgets.

This could lead to the full-fledged Citizen Assembly referenced earlier. One blueprint would use this body to replace one elected house in a bicameral legislature. With full legislative powers, the Assembly would introduce bills that force the elected house to vote on “hot potato” proposals that electoral pressures would have caused them to avoid. (How long has Congress sidestepped the most difficult policy questions posed by climate change?) The Assembly would likewise consider bills from the other chamber.

Some proposals suggest eventually moving to a sortition-based democracy and dispensing with legislative elections altogether.

Imagine how refreshing it would be to watch the Citizen Assembly in action. Picture this body of everyday Americans speaking and acting out of a genuine desire to develop good policy, rather than playing partisan power games. One could see honest dialogue in committees and vigorous debates on the floor. Without the predictability of partisan scripts, such events would have real drama. The legislators would bring to the nation’s toughest problems perspectives informed by a wide range of occupations, ages, ethnicities, and viewpoints.

As incredible as that vision might seem, serious national conversations are already under way about randomly selected upper houses in Australia, Belgium, Canada, and the U.K. Many more countries are poised to institutionalize smaller-scale innovations. Rather than remaining stuck in a centuries-old electoral system, the U.S. should join the global conversation about sortition.

Filling a legislative chamber by lot may sound reckless, but given the failings of elections and the gravity of the challenges we face in this century, it would be reckless not to experiment with alternatives. As Abraham Lincoln said, democracy should be about self-government by the people themselves, rather than by a political class. Sortition is a proven and practical tool for achieving this goal.