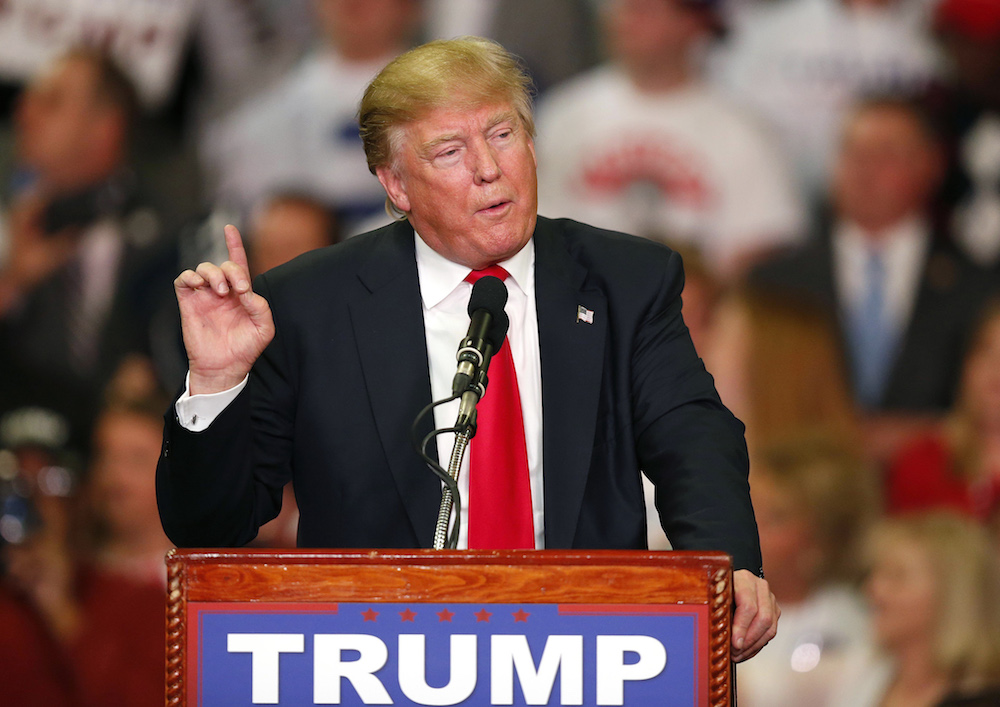 For thousands of years, rhetoric, the art of persuasion, was a core area of study in our schools. And rightly so. It was widely accepted that speaking and persuasion together constituted an art that must be understood (in its differing appeals to credibility, feeling, or logic—ethos, pathos, logos), and that well-educated individuals must be able to express themselves orally, not just in writing.

Unfortunately, over the last century or so, that changed, and rhetoric and public speaking have all but disappeared from curricula. Why? I’m not a historian, but my best explanation is that the academy, as it moved away from teaching the classics, became skeptical of rhetoric as speaking became associated with media salesmanship and entertainment, which scholars viewed with understandable skepticism.

The costs of this decline in rhetoric education are now apparent, as the country struggles to reckon with a very strange presidential campaign. The rise of Donald Trump as frontrunner for the Republican nomination is much easier to understand if you have been schooled in rhetoric and advocacy.

I’ve had three different educations in rhetoric. I first learned persuasive techniques—how to talk to everyone from clients to judges—as a courtroom litigator in the 1980s. Then, in 2001 and 2002, I had a re-education in rhetoric through politics as the Republican nominee for governor of California. Today, I blend lessons from those experiences with classic texts—from Aristotle to a terrific 1988 book by Roger Ailes and Jon Kraushar called You Are the Message—to teach the “Art and Science of Rhetoric and Advocacy” class at UCLA’s law school.

At first, I had a lawyerly conviction that the content of my trial presentations and court appearances was the most important aspect of public speaking. But when I ran for office, I learned from consultants and communications experts—and from my own experience—that I had been wrong.

It turns out that between 80 and 85 percent of delivering a message is nonverbal. Body language, I learned, is incredibly important. Ben Elliott, who was President Reagan’s chief speechwriter, told me that Reagan would give a speech “with his eyes.” Rather than stay up all night worrying about the content of my speeches or debating talking points, I should get some rest so that I could have a clear head the next day.

The Ailes book, and Aristotle, offered remarkably similar lessons. Make your point in one sentence, both the Greek philosopher and the American consultant argued. Find a way to be comfortable—and you’ll make your audience comfortable. And be memorable—or “leave footprints,” in the words of Ailes, now famous as the Fox News chief. One way to do that is to use chiasmus (that’s the Latin)—what the Greeks called “crossing,” and we think of as “contrast.” Think of the line by Benjamin Franklin: “By failing to prepare, you are preparing to fail.” Or President Kennedy’s famous formulation: “Ask not what your country can do for you, ask what you can do for your country.”

After politics, I returned to my work in business, but I also wanted to share some of what I learned. My friend Dan Schnur, a political consultant who now runs an institute at USC, asked me what I was going to do now, and I replied, half-kiddingly, that I wanted to dress up like Julius Caesar, walk into a classroom at some college, and declare, “Veni, vidi, vici.” That conversation began a journey that got me teaching classes first at USC, then at UCLA.

I didn’t teach rhetoric at first. I taught economics, but I made a point of emphasizing speaking. I required students to make a 5-minute presentation instead of writing papers.

Some students struggled with the speaking, but many told me they got a lot out of the assignment, and some suggested offering a whole course on this topic. Somebody at UCLA’s law school found out about my emphasis on speaking and asked me to establish a course on rhetoric there.

I have my students study not only legal scholarship around rhetoric but also classical texts (including the Romans Cicero and Quintilian) and great, historically important speeches, to examine what the speaker was doing. This year, the presidential campaign has come up repeatedly. Trump is often the subject of discussion.

I’m sorry to say that Trump, with whom I don’t agree much, is an important example, for a lot of reasons. It doesn’t matter that he’s not saying very much at all about specific policies. Or that he’s repeating himself, with the same canned lines about walls and winning. Or that he’s talking out of sequence, with one thought often having nothing to do with the next. Content doesn’t matter so much when you have such effective and interesting body language.

His big motions and gestures convey that he’s unequivocal. He’s offering a message of militancy and defiance. He’s not married to his text, like so many speakers. He connects with the audience, reading them, making eye contact. He leaves people with the feeling that he is speaking to them. I tell my students to turn down the volume when Trump is speaking and debating—and just watch how much he is communicating without words.

It’s worth trying the same thing with other candidates. Hillary Clinton’s body language is pretty contained, even pained, creating the impression that she’s well scripted. Sanders’s body language is of a slouching professor—he’s projecting sloppiness, not strength. Ted Cruz is very well organized, but he’s a little bit contained, like Clinton, and doesn’t give the impression that he’s inviting people’s opinions.

It’s unfortunate that there are Trumps and other people who expertly use rhetorical techniques to gain power that maybe they don’t deserve. But that’s all the more reason people need to understand how rhetoric really works.