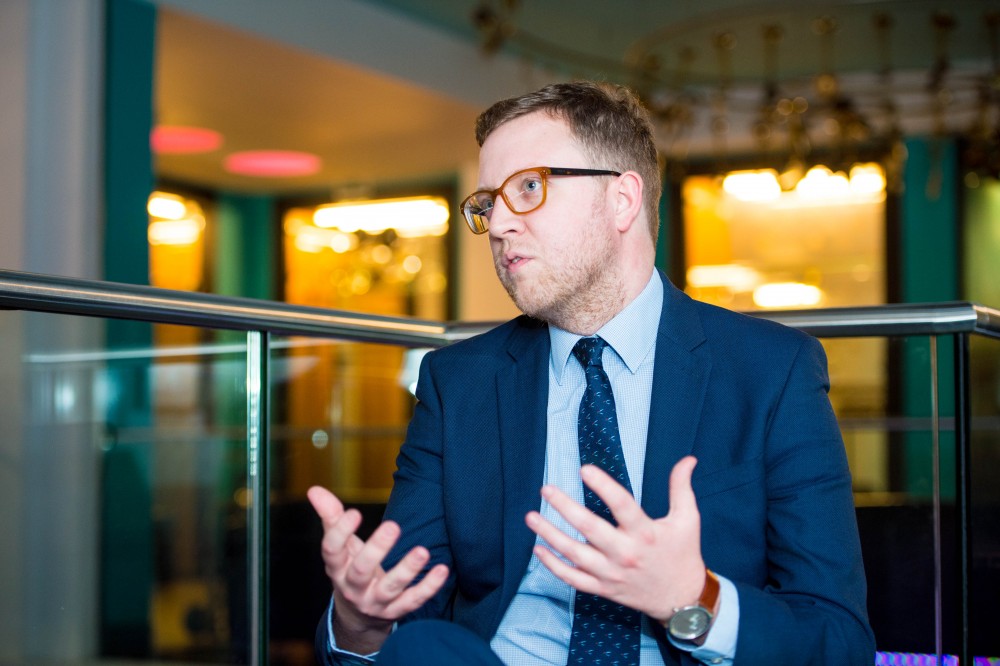 Stephen Booth is co-director of the think tank Open Europe, where he has written on topics such as Britain’s European Union membership, EU regulation, and justice and aid policies. Before participating in a panel on what Britain owes Europe, Booth visited the Zócalo green room to share why he found a class on logic so hard, the strangest line of argument he’s heard in the debate around whether Britain should leave the EU, and the last app he downloaded to his phone.

What did you have for breakfast today?

You studied political science as an undergrad. What class was the hardest for you?

I also studied philosophy. I found philosophy the hardest. I think logic in particular was quite difficult, mainly because I didn’t attend all the lectures.

How do you react when you are embarrassed?

Probably in a very British way: I turn red and get flustered.

If you didn’t live in London, where would you live?

Brighton. I studied there and it’s a good place. There’s the seaside and good pubs.

Dunno. I like to think of myself as fairly easygoing.

What is the strangest line of argument that you’ve encountered in the debate around “Brexit” (whether Britain should leave the EU)?

The strangest for those arguing for Brexit is in one breath they argue things will stay the same, but also they want things to change. What are they asking people to vote for? Are they asking for people to vote for the same, that Britain can leave and not change? Or should we leave because we want to change our relationship? Obviously not everything will change, but some things might change. People want to know what the trade-offs are going to be.

Either in the pub or on the sofa.

What was the last app you added to your phone?

I think it was one that tells you what wine you’re drinking when you take a picture of the label. It tells you its provenance.