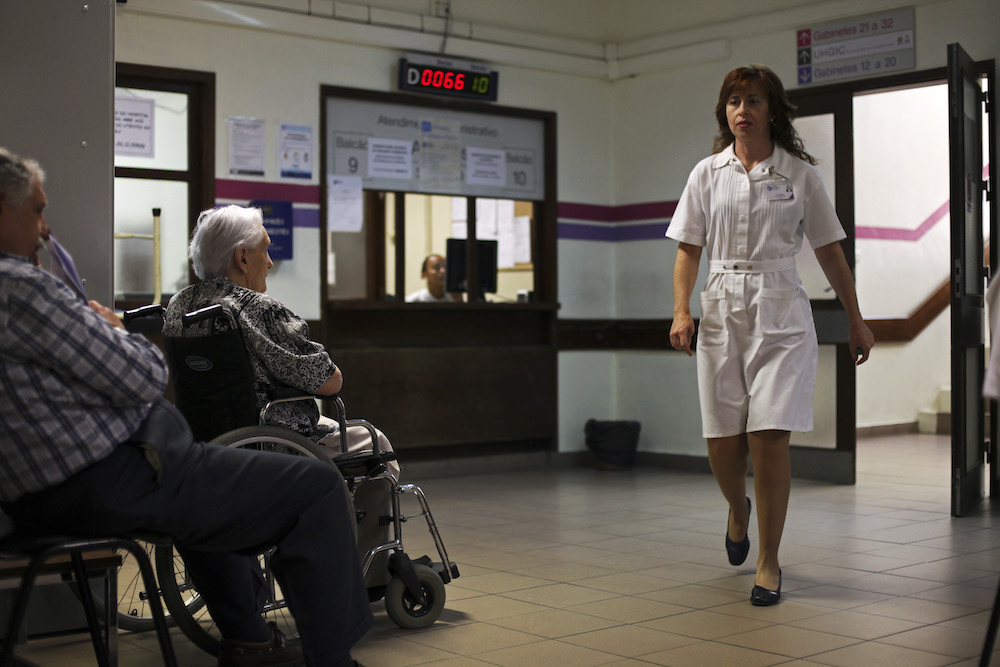 We are not prepared for the ‘silver tsunami’

Health is an investment, not a cost

What we need is efficiency

Every day between 2010 and 2029, 10,000 Baby Boomers retire. Some say that the aging of this massive generation—which makes up slightly more than a quarter of the U.S. population—threatens to break the health care system. As more people live longer, they will seek more treatment from a system already beset by critical professional shortages. In addition, Baby Boomers face epidemics of obesity and diabetes. The trustees of Medicare estimate the program will run out of money by 2030. Is it possible to build our health care infrastructure to accommodate this wave of retirees without adding to the cost and bureaucracy of the system? And will poorer, more diverse, younger Americans be willing to support the health of an older generation that has not always been generous to them—given the uncertainty about the future of their own health care?

In advance of an April 26 Zócalo/ASU event on the future of our health care system—”Will the Aging of America Bankrupt the Healthcare System?“—we posed that very question to people who think a lot about how the Baby Boom will impact us overall.

We are not prepared for the ‘silver tsunami’ 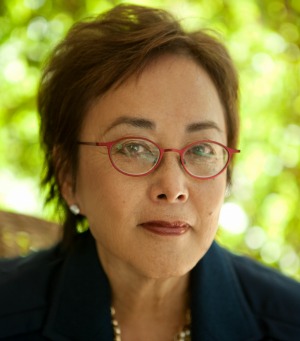 California’s population of residents 65 years old and older will grow from about 13 percent to almost 20 percent—that is, one in five Californians—by 2030. Our state is not prepared for this “silver tsunami.”

After a year of in-depth research and public hearings, the California Senate Select Committee presented six different reports that came to this conclusion: California’s aging and long-term care system is fragmented and almost impossible for consumers, caregivers, and providers to navigate.

When individual consumers can’t identify and access necessary home and community-based services, there is an increased likelihood of costly hospitalization and institutional placement throughout the health care system. But disarray in services and supports also extends to regional and local levels. The result is inequity in access—between urban and rural settings—and no coordinated oversight or accountability across programs.

A more cohesive state structure will support more collaboration, coordination, and capacity building at the regional level, which will have a ripple effect for all of us. Properly implemented, reorganization will yield cost savings and efficiencies for the state and its regions. Consumers will have more choices and improved ability to remain in their homes and communities.

Beginning to develop and implement a state long-term care plan now with goals, strategies, benchmarks, and deadlines will enable California to meet the needs of its growing aging population and people with disabilities in a rational manner rather than respond in crisis mode.

Carol Liu is a California state senator and chair of the Senate Select Committee of Aging and Long Term Care. 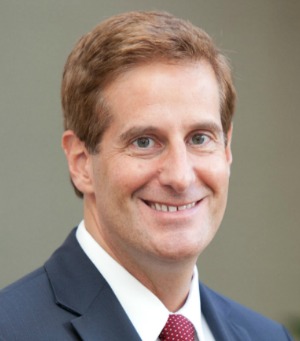 As the population ages, tens of millions of younger Americans have taken on the complex task of family caregiving—often at the expense of their own health and financial security.

Yet our collective future includes fewer such family caregivers. In 2010, there were more than seven potential caregivers for every person over age 80. But by 2030, the caregiver ratio will drop to 4 to 1; by 2050, the ratio will be fewer than 3 to 1. During this same period, the number of individuals over the age of 84 is set to rise by 350 percent.

The estimated uncompensated value of care provided by family caregivers is over $520 billion per year. A person who has to leave the workforce in order to become a family caregiver loses on average more than $300,000 in lifetime income and retirement benefits.

An expanded system of supports would be of enormous value to this group.

Those supports could include:

● Giving working family caregivers a tax credit for their expenses.

● Providing a credit toward the Social Security benefit for those caregivers who left their job to care for a loved one.

It’s only fair to provide a little bit of assistance to those who are ensuring a safe, comfortable, and dignified old age for millions. 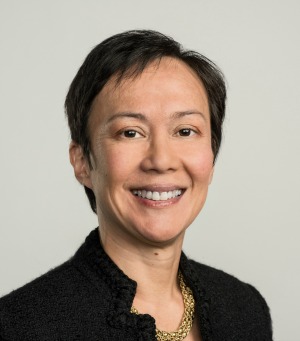 It is distracting and unproductive to blame the Baby Boomers for the problems of our country’s health care system. The reality is that the system has been failing consumers, patients, and their family caregivers for years, and we need to put our energy behind transforming it.

Ever since 1970—when the Baby Boomers were between the ages of 6 and 24—the United States has been spending more (as much as 100 percent more in some years) on health care as a share of gross domestic product than other comparable high-income countries. The comparison holds true even when considering population size.

Studies suggest that one-third, or more, of America’s health care spending is unnecessary. Trimming wasteful, harmful, fraudulent spending would free up resources to support better care, no matter the age of the population.

We cannot assume the Baby Boomers will be a drain on our health care system simply because of their size. The Boomers galvanized the civil rights movement, led the way in changing the face of today’s workforce, and inspired change on numerous other fronts. This group can now lead the charge to transform our health care system.

The evidence demonstrates that a patient who is actively involved in managing her or his health care attains better health outcomes, which leads to lower health care spending. The Boomers, with their confidence and experience in grassroots action, can help change the consumer-clinician relationship and empower other consumers to change how they interact with their doctors. This change is already happening, but the trend needs to accelerate.

So let’s not point fingers. Let’s instead focus on the actual problem and figure out how we can work together, with older adults leading the charge, to transform our health care system.

Health is an investment, not a cost 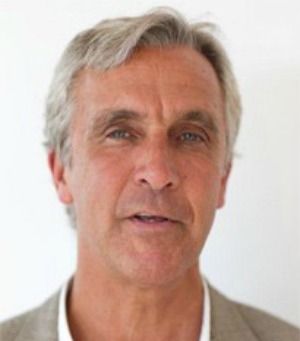 Doomsday scenarios are nothing new—especially when the ruin is provoked by population change. But the Zero Population Growth zealots of the latter-half of the 20th century—who implored us to stop making babies—teach an important lesson: Never bet on doomsday over market-driven innovation.

In 1980, Zero Population Growth leader Paul Ehrlich was challenged to a $10,000 bet: He was to pick five free-market raw materials, and if any of them became more expensive over a decade, he’d win the wager. He lost.

Yes, the aging of America will bankrupt the healthcare system, if we fail to innovate. But that’s an if that exceeds by magnitudes what’s going on today in the U.S. and globally. Of the many progressive developments underway, three market developments are most promising:

• Redefining retirement. A fixed, static retirement age has no place in the 21st century. There’s a wealth of evidence showing that people both want and need to work longer, and businesses are recognizing that an older workforce can drive growth. Who better than older workers to create products and services for older consumers? Longer careers—even in “flex” or part-time—will dramatically cut the fiscal pressure on the healthcare system.

• Aging in place. The notion that we send older adults to an “institution” is being shunned for personal and financial reasons. Care is moving into the home and is spurring developments in technology, financing, and employment.

• Health as investment, not cost. Childhood vaccination programs illustrate the fundamental common sense that spending money on health is not a cost but an investment. This logic rarely transfers to health of older adults. Yet the situation is clearly parallel: Whether making an investment in skin health or on the cure for Alzheimer’s, we need to invest in healthier and more productive aging. Such investments not only save greater costs down the road, but they also enable older Americans to participate in social and economic life.

I’d make a similar bet against the Paul Ehrlichs today: I’d challenge anyone to pick as an aspect of the U.S. health care system that won’t be improved within the decade by population aging. If we have the courage and foresight to shift from 20th-century assumptions, keep innovating, and apply flexibility across our lifespan, the aging population won’t bankrupt healthcare; it will save it.

Michael Hodin is CEO of the Global Coalition on Aging, managing partner at High Lantern Group, and a fellow at Harris Manchester College at Oxford University in the U.K.

What we need is efficiency 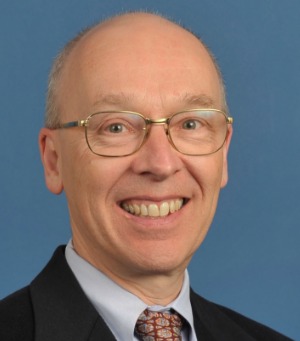 Older people use more health care than younger people. There’s no way around that fact. But the aging of the Baby Boomers is by no means the biggest factor driving up U.S. health care costs.

The U.S. spends much more on health care as a share of the economy than any other country — with only mixed results to show for it. Compared with other advanced nations, the U.S. has lower life expectancy at birth and a higher prevalence of chronic disease.

Why are our costs high? Health care prices are higher in the U.S. compared with other countries. Prescription drugs, for instance, typically cost more here than abroad. Moreover, as the Institute of Medicine has written, “There is evidence that a substantial portion of health care expenditures is wasted, leading to little improvement in health or in the quality of care. Estimates vary on waste and excess health care costs, but they are large.”

President Obama’s health reform law has put in place a wide range of policies to reduce excessive payments to health care providers and pay hospitals and doctors for the quality rather than the volume of their services. These policies have contributed to a slowdown in the growth of health costs, at the same time as health reform has brought health coverage to 20 million more Americans.

Curbing cost growth throughout the U.S. health care system—in public programs and private insurance alike—will be a never-ending challenge. But the aging of the population isn’t the main source of the problem. And addressing it doesn’t require making care less affordable, reducing access, or compromising the quality of care for our parents and grandparents.

Paul N. Van de Water (@PaulNVandeWater) is a senior fellow at the Center on Budget and Policy Priorities and has held executive positions at the Social Security Administration and Congressional Budget Office.