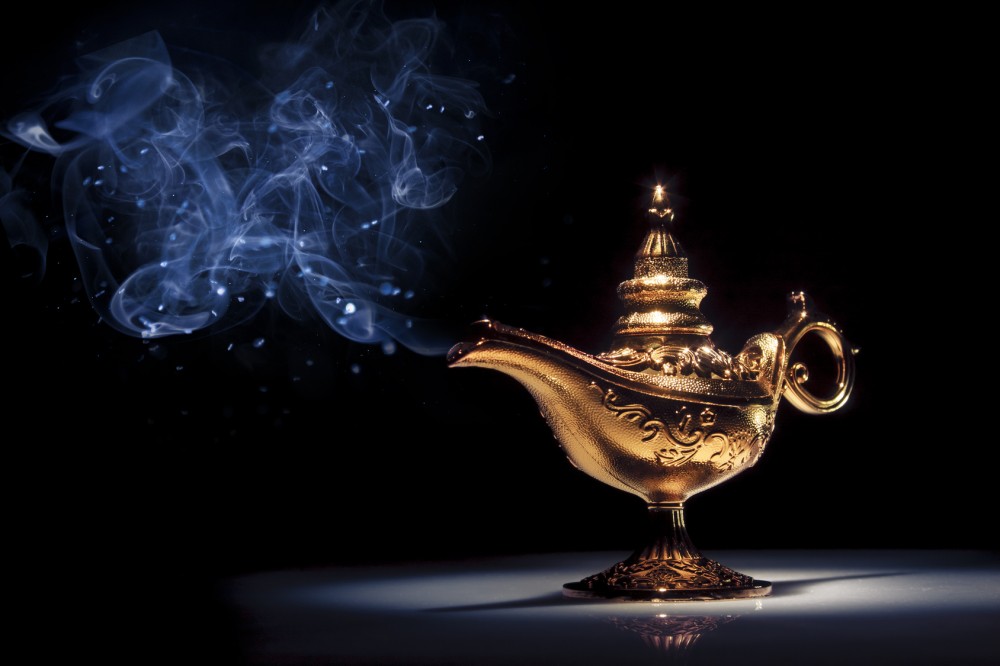 The biggest danger is personalized eugenics for the powerful and rich

The long-awaited promise of “gene therapy” may soon be realized

We need to reexamine how we make decisions about new technologies, not just what they are used for

We are seeing success with illnesses like cystic fibrosis and hemophilia, but it’s early yet

With the ubiquitous ways we apply our knowledge of genetics today—in crop seeds, medicine, space—it’s hard to believe the story of the modern gene did not emerge until the mid-1800s. The vast implications of this discovery about how living things hand down traits to offspring have spanned the range of enlightening to horrifying, from Darwin’s theory of evolution to Nazi eugenics. Technology has enabled us with relative swiftness to move beyond test tubes to actual human cells in manipulating organisms and their genetic materials. Recent discoveries such as the new CRISPR genome editing tool have made genes easier to modify than ever.

As we gain greater power over these units of heredity, we have to ask deep questions about how far we are willing to go. Earlier this month The New York Times reported that scientists are privately discussing manufacturing the entire DNA contained in human chromosomes out of chemicals. The activity raises the specter of being able to create a human being without parents through cloning, but according to the Times report, an organizer of the proposed project was quick to circumscribe its ambitions, saying it was aimed at creating cells, not people. Their goal, he said, was to improve scientists’ ability to synthesize DNA, techniques that could apply to animals, plants, and microbes.

With so much promise and peril in the air, how should we navigate this new scientific frontier? In advance of an upcoming Zócalo Public Square event with Pulitzer Prize-winning author and physician Siddhartha Mukherjee asking “Will genetic engineering endanger humanity?”, we posed to experts a related question: “What is the greatest possible benefit—and the biggest danger—of gene manipulation?”

The biggest danger is personalized eugenics for the powerful and rich 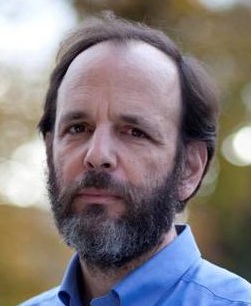 The greatest possible benefit is the democratization of technological decision-making. The profound implications of gene editing for the future of humans and nature provokes widespread public debate about how the technology should be advanced, how it should be regulated, and who should benefit.

Participatory technology assessment organizations crop up across the nation and the world; principles are adopted that cut across standard partisan divides, and a social consensus emerges about the importance of steering technological advances through democratic means to maximize benefits for all humanity.

The biggest danger is personalized eugenics for the powerful and rich. Patent-protected gene-editing technologies are developed and applied by private industry in response to high-end market demand, which focuses on selective enhancement of various human performance traits, both physical and cognitive. Benefits are captured especially by the military, sports franchises, and the wealthy have the biggest incentives to capture the power of these technologies to create a class of super-performing humans, rapidly expanding the already huge gap between those who benefit from high-tech capitalism and those who are left behind.

Daniel Sarewitz is co-director of the Consortium for Science, Policy & Outcomes at Arizona State University and editor of Issues in Science and Technology. He is based in Washington, D.C.

The long-awaited promise of “gene therapy” may soon be realized

Genetic modification that aims to replace dysfunctional DNA in the tissues of consenting patients—for example, to enable production of the enzyme that would clear the lungs of someone with cystic fibrosis—would be a form of medical treatment.

High hopes for “gene therapy” have been repeatedly dashed, including by tragic outcomes, in past experiments. But new gene-editing techniques may yet fulfill its promise. Of course, any such treatments would need to be carefully tested for safety, and considered in light of their affordability and accessibility.

It would be an entirely different matter to alter the genes in sperm, eggs, or early-stage embryos in an effort to control the traits of future children and future generations. This kind of gene manipulation wouldn’t treat or cure anyone; it would create genetically modified humans.

Dozens of countries around the world (but unfortunately, not the U.S.) have adopted laws to prohibit what’s often called “heritable genetic modification.” The reasoning behind these policies is consistent.

First, heritable genetic modification would be unsafe (even with the new generation of “gene-editing” techniques). Second, it’s not needed. Parents at risk of transmitting genetic diseases can, in nearly every case, have healthy children who are genetically related to both of them, by using a 25-year-old embryo selection technique. It too can be misused, but it is far safer and less likely to produce new forms of discrimination, injustice, and social inequality than heritable genetic modification.

That all-too-likely social outcome is the final reason to forgo heritable genetic modification. Efforts to genetically engineer “better humans” could usher in a new kind of eugenics. It would be based on commercial pressures and consumer dynamics rather than government edict, but it would be eugenics nonetheless. We’ve been there, done that, and shouldn’t go down that road again.

Marcy Darnovsky is executive director of the Center for Genetics and Society, a Berkeley, California-based nonprofit working to bring a social justice, human rights, and public interest perspective to the evaluation and governance of human genetic and assisted-reproductive technologies. She holds a doctorate from the History of Consciousness program at University of California, Santa Cruz.

We need to reexamine how we make decisions about new technologies, not just what they are used for 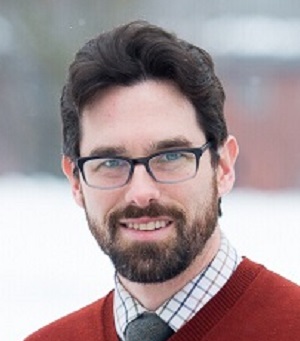 Will we welcome them with open arms, or are they the doom we have so clearly foreseen? Setting aside that neither of these poles will likely come to pass, such a rhetoric leads us away from some very interesting questions about the ways we might prefer to live with and without these technologies.

Discussion about benefits and risks sidelines our stories about the ways that our society will reconfigure both itself and the technology. Here are two of those stories, and they revolve not around whether gene manipulation leads to good or bad products, but whether our processes of innovation and governance of gene manipulation lead to desirable societies.

One story is not about the greatest possible benefit of gene manipulation, which implies some kind of product. Rather, it is about the possibility of changing the way we decide what benefits to pursue, who gets those benefits, and how to compensate those who don’t. The greatest benefit would not be a new product, but a changed process of innovation that includes competing and conflicting voices on the types of society we want and the best way to achieve it.

The other story is one of danger, but again the danger is not about some nefarious use of gene editing. The danger of developing this technology is in using the same process of developing and governing it as we have for so many technologies in the past. The pressures of the market or the military too often decide for us what is made and how it is used.

Both of these stories are already coming true. Which would you rather spend your time helping realize?

Sam Weiss Evans is a Research Fellow in Harvard University's Program on Science, Technology, and Society (STS) and a lecturer in Tufts University's STS Program. He is exploring how we construct deliberative spaces around new technology, particularly regarding potential security concerns.

We are seeing success with illnesses like cystic fibrosis and hemophilia, but it’s early yet 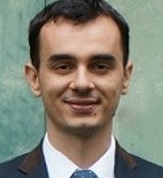 Our ability to successfully decipher our own DNA has certainly improved over time. However, our knowledge is largely incomplete.

Genetic manipulation of polygenic traits or illnesses (such as cancers, diabetes, and schizophrenia) requires a complete understanding of the intricacies behind our 3-billion-letter-long genetic code.

Even if we catalogued the effects of every possible genetic alteration on human biology, we would be left with more challenges to address, such as the effects of interactions between genetic alterations, tissue-specific effects, implication of epigenetics (chemical “switches” of the genetic code), and gene-environment interactions. If we do not consider these factors collectively, detrimental health side effects may arise from naïvely manipulating human genes.

Genetic manipulation of some monogenic illnesses (such as cystic fibrosis and hemophilia) has already seen successful applications in proof-of-concept or animal models. Genome editing is likely to lead to therapeutics for this category of illnesses in the near future since the mechanisms underlying these disorders are relatively well-understood.

Overall, issues surrounding gene manipulation need to become topics of active and constructive discourse. The scientific community has to conduct good and transparent science, communicate their findings to the rest of the society, and policy-makers have to listen. If everyone plays an active role, the societal benefits of human genetic engineering will outweigh its risks.

Arvis Sulovari is a doctoral candidate studying human genetics and genomics at University of Vermont and an author of several published studies on identification of disease genes. 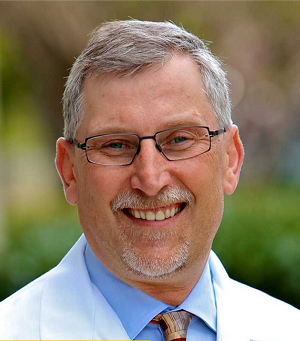 Very few innovations in genetic research have been met with the excitement, and trepidation, surrounding so-called gene editing. If effective, these techniques will allow us to literally edit the DNA code in specific genes in order to prevent, treat, or cure disease. Reactions to and speculation about these possibilities range from the practical and measured to the realm of science fiction.

The potential benefit of this technology cannot be overstated. Our DNA is our destiny and the ability to prevent or cure some of the most devastating human diseases is a goal all of humanity should share. To eliminate or reduce the suffering and costs associated with genetic disease is an opportunity that must always be evaluated—carefully.

While many commentators on DNA editing immediately cite “designer babies” and other abuses that smack of eugenics, this is not the greatest danger of this emerging technology. The greatest danger is that of the unintended consequences of moving too quickly from the laboratory to the clinic in the name of progress, promise, or profit.

This technology requires the most rigorous research science and medicine can bring to bear. The danger of mistakes in gene editing may be far greater then the diseases we are trying to treat. Editing the wrong or additional genes can have devastating effects.

The ability to edit for desired or “designer” traits is still a fantasy. It’s not a reason, in itself, to demonize this technology. The reality is that the traits often quoted—intellectual, physical, or artistic ability—do not reside in any one gene. They are the result of hundreds of genes interacting with an individual’s environment. The danger of moving too quickly into human gene editing is a two-edged tragedy: that we cause harm rather than benefit, and in doing so, prematurely discard a potentially revolutionary technology out of fear and impatience.

Dr. Eric A. Widra is the medical director of Shady Grove Fertility, which has offices in Washington, D.C., Maryland, Virginia, and Pennsylvania; and the associate director of the Combined Federal Fellowship in Reproductive Endocrinology and Infertility—operated through the National Institutes of Health, Walter Reed National Military Medical Center, and Shady Grove Fertility.