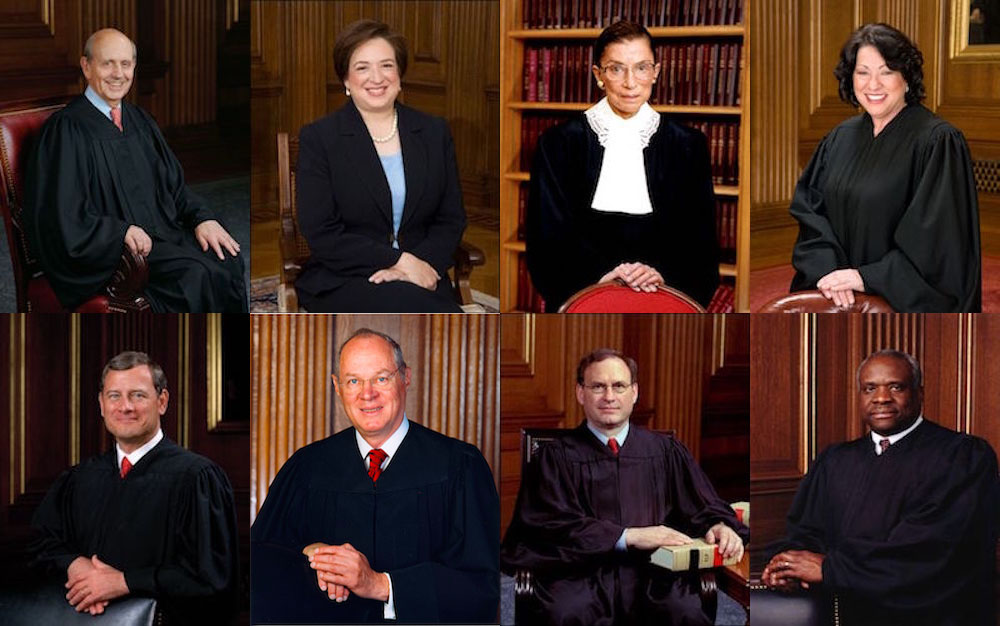 Since the death of Justice Antonin Scalia earlier this year, the U.S. has obsessed over how and when to fill his sizable void on the Supreme Court. Much is at stake. Whether it is one of President Obama’s last significant acts or a major early decision by our next president, the new appointment will break the deadlock on a Supreme Court currently divided four-to-four between liberal and conservative justices.

But should we really break the deadlock? In fact, the country would be better off if this temporary division of judicial power became permanent.

As a politician (a member of the Indiana House of Representatives for six years) and a scholar of constitutional law, I’ve studied democratic systems that split power between political parties. And I’ve learned that such systems can force public officials to compromise and produce decisions that work for far more people than those that give the upper hand to only one side of the ideological spectrum.

We’re seeing a glimpse right now of this dynamic with the current division between conservatives and liberals on the Supreme Court. The Court is doing more compromising, because each side has realized it can do its job only by working with the other side. Consider the Court’s recent decision on the Affordable Care Act’s contraception mandate in the Zubik v. Burwell case. Because of religious objections, several employers wanted an exemption from their obligation to include contraceptive coverage in their health plans, while the Obama Administration wanted the Court to deny the requested exemptions. The ideologically-split Court issued a blueprint for compromise. Employees will have coverage for contraception, but the responsibility for providing coverage will lie with insurers or the government rather than the objecting employers.

In other words, the Court found a middle ground that respected the interests on both sides of the issue, a result with which both sides can live.

Such a decision is a vast improvement on Supreme Court rulings that have allowed one side, with a five-vote majority, to impose its preferences on the other side, with its four-vote minority. These one-sided decisions leave the losing side—often half of the public—disempowered and inclined toward obstruction.

Like other ideologically-balanced bodies, a balanced court not only promotes compromise over conflict, it also makes better decisions. We all benefit when legal rules reflect the perspectives of both sides of the ideological spectrum rather than the views of only one side. Neither side has a monopoly on the truth; both sides have their policy blind spots. Conservative justices can steer their liberal counterparts away from misguided decisions and toward desirable decisions, and liberal justices can do the same for their conservative partners.

We all benefit when legal rules reflect the perspectives of both sides of the ideological spectrum rather than the views of only one side.

The answer: even in such cases, justices can compromise. On abortion, for example, an ideologically-balanced Supreme Court could insist that a right to abortion be accompanied by greater funding for contraception, prenatal care, childcare, and other services that would it make it more feasible for women to prevent unwanted pregnancies or carry their pregnancies to term and not need to turn to abortion. The Court could recognize a right to abortion while also taking steps to make abortion truly rare.

On the right to bear arms, the Supreme Court can pair its recognition of such a right with the recognition that individual rights are subject to reasonable regulation in order to protect public safety. Hence, the Court could uphold rigorous background checks for gun purchasers and limitations on the firepower of guns that can be sold.

But, one might ask again, wouldn’t a four-to-four Court choose deadlock over compromise? After all, the current divided Court has punted on a number of key cases since Scalia’s death. Punting is an option when the four-four balance is temporary, as it is now—but punting is not so easy when the division of power is permanent. If the justices knew that there always would be an even sharing of power, they could not delay their rulings in the hope that they would later be able to secure a majority for their views.

Some observers have suggested that a four-four Supreme Court’s need to rely on compromise would preclude decisions that bring major change to the country. Rather, change would come slowly and in small steps. But that argument ignores the Court’s history. In fact, many of the Court’s landmark decisions enjoyed broad support among the justices. When the Court struck down segregated schools in Brown v. Board of Education, the vote was unanimous. On many issues, conservatives and liberals agree. Indeed, it is often said that people agree 80 percent of the time and disagree 20 percent of the time. An ideologically-balanced Court would move to the 80 percent and away from the 20 percent that seems to have dominated recent decisions.

Imposing a balance between liberals and conservatives on the Supreme Court may seem odd, but something similar has been done in New Jersey for many years. Under a nearly 70-year tradition, Democrats and Republicans each hold three of the state supreme court’s seven seats, with the governor’s party getting a fourth seat when the seventh seat becomes open. That way, both sides of the ideological divide always have at least three of the seven seats. And this division of power has worked very well. Legal scholars have measured the extent to which the decisions of a supreme court in one state influence the decisions of supreme courts in other states. The New Jersey Supreme Court regularly ranks as one of the most influential. In 1976, for example, the New Jersey Supreme Court led the way in recognizing the right to make medical decisions at the end of life in the landmark Quinlan case.

Dividing power between conservatives and liberals reflects a key principle for effective governance—if you want everyone to work together on behalf of the common good, you have to give everyone a meaningful voice in their government. If we want liberals and conservatives to respect the Supreme Court’s decisions rather than battle bitterly over them we need to ensure that the views of both sides of the ideological spectrum are represented in the Court’s opinions.